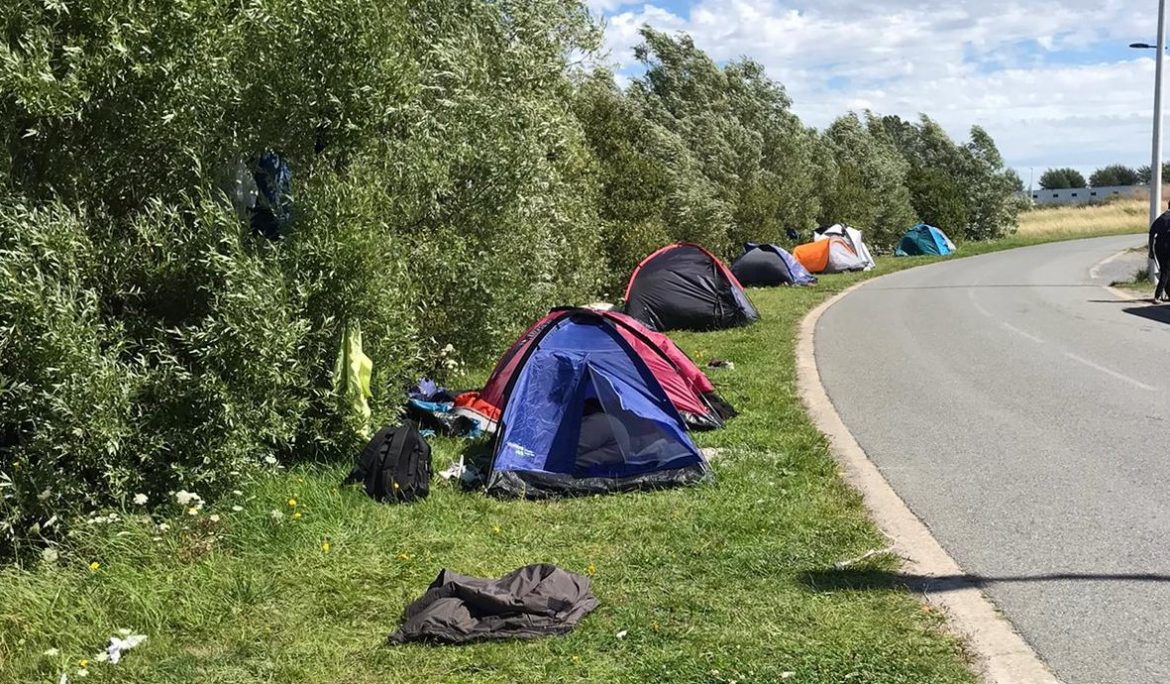 Today I met a man in Calais whose tent and blankets had been taken away by police. The nights here have been cold lately, and I couldn’t believe he’d lost the only things keeping him safe from the rain at night.

He said police had been visiting their campsite every other day to confiscate their already scarce belongings. Because of the latest raid, him and four of his friends have had to huddle up together inside a two-person tent, sleeping tightly packed inside in an effort to keep each other warm.

He also had a sprained ankle and a bruised shoulder. When I asked about it, he said he’d fallen over while trying to run away from police because he was terrified. That’s when I noticed that a few others around us also had their own injuries – two of them had bandages on their wrists.

The most heartbreaking thing was that the man had no idea why this was happening to them. He kept repeating that he didn’t understand why they were doing this. He thought maybe police were trying to force them out, but they have nowhere else to go.

And yet, in the face of all this violence, him and so many others still carry on. They generously share the leftover tents with each other and cook together at night to keep their spirits up. Many of them have family ties to the UK, and that is the fuel that motivates them to keep on surviving. They are all moved by hope.

We have been working hard to provide blankets and tents all summer, especially after the brutal evictions that happened this month – the biggest Calais has seen since 2016. But festivals used to be our main source of tent donations, and they’ve all been cancelled this year. It’s been extra difficult to make up for the lack of supplies, so any help is welcome.

To support our work, go to care4calais.org/donate