Remember: how we treat refugees shows who we are 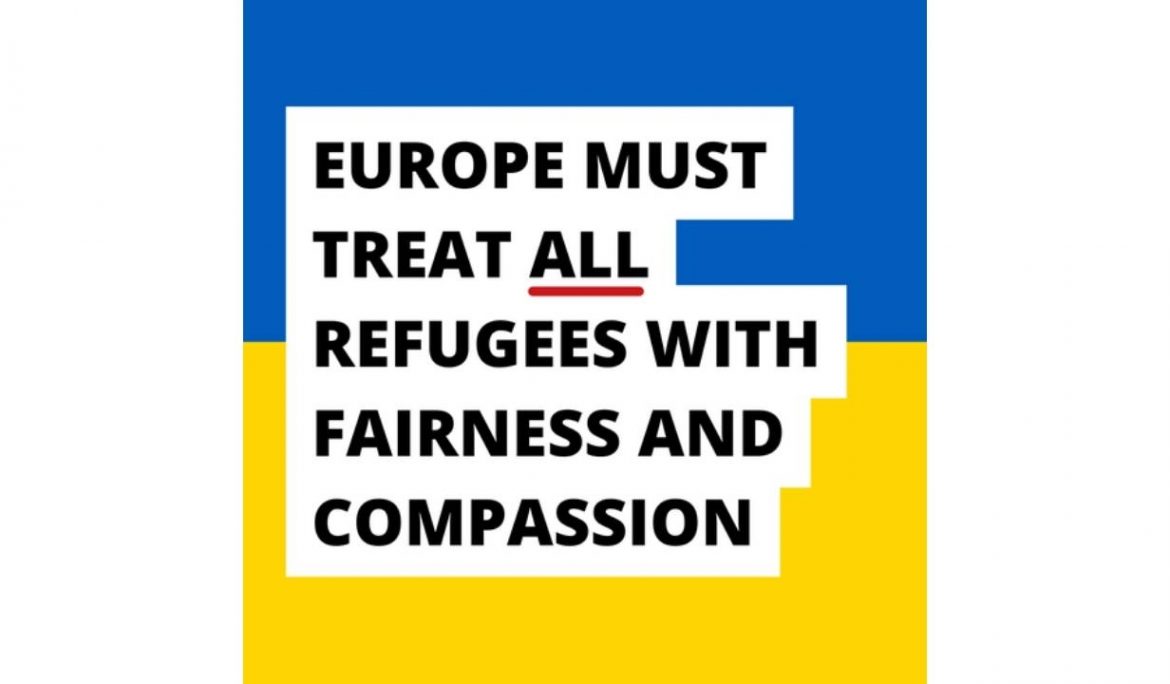 Russia’s invasion of Ukraine will almost certainly cause the biggest refugee crisis in Europe since the collapse of Yugoslavia in the 1990s. Neighbouring counties have begun preparations to receive Ukranian refugees, and Boris Johnson has said he will “receive those [Ukranians] who are fleeing in fear of persecution.”

This is quite right. All people wherever they are have a duty to help their fellow human beings who are escaping danger.

And yet it is hard to ignore the difference here between European countries’ willingness to help in this case, and their aggressive refusal to do so at other times. It is after all only a few months since the UK was sending troops to Poland to help build fences in order to keep out people from places such as Iraq and Kurdistan. Now Poland is setting up reception centres.

The contrast highlights a cruel and dehumanising prejudice at the heart of Europe’s attitudes to refugees. Our leaders claim to respect human rights that should be universal and equal for all humans everywhere. In practice it seems, they pick and choose who these rights apply to. That is not how human rights are supposed to work.

In the UK, we have seen this approach embedded deep in Government policy. Acknowledging only refugees who take “legal routes” actually means cloaking the sinister act of deciding to whom you give “human rights”. It’s no surprise that these rights tend to be withheld from people with black and brown skin.

This matters because it means life and death to the refugees concerned.

But it also matters for another reason.

Because this goes to the heart of who we are as a country.

Unlike many other nations, the United Kingdom does not have a constitution that strictly defines its values and how they should be applied. Instead, it seeks to apply principles like justice, fairness and equality before the law pragmatically, on a case by case basis. There’s nothing wrong, and much that is right, with that approach.

But it does mean that each time we deal with a crisis, we are showing something of who we are; we are deciding who and what merits our attention and compassion.

In the case of refugees, the contrast between the treatment of Afghans and other resettled refugees and that of other asylum seekers has the potential to reveal something problematic about the UK as a country. What will the treatment of Ukrainian refugees further reveal?