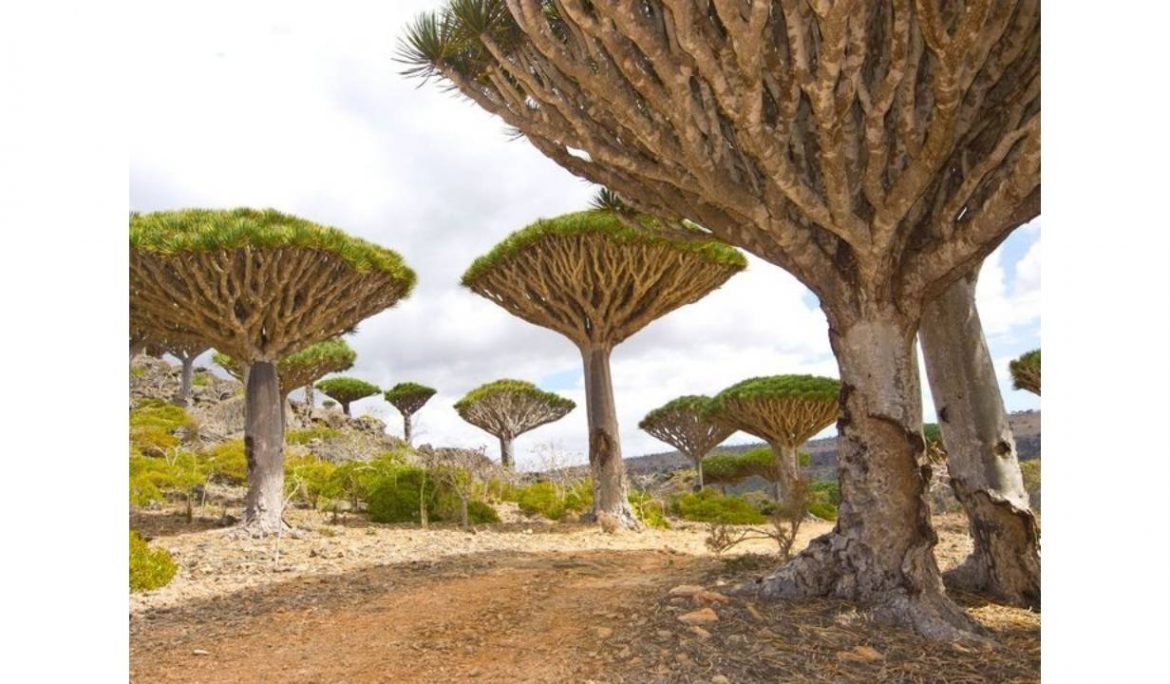 There’s this island off the coast of Yemen that has the most amazing trees growing on it. The island is called Socotra. It’s like the Galapagos Islands of the Middle East. This tree is like an enormous umbrella and when you scratch the bark it bleeds red blood. We call it ‘The blood of Two Brothers’. One day I really hope to see these trees again.
But the war in Yemen is bad and getting worse, it’s making life impossible for the people to live. For me the pressure to join the militia and fight was too much, they threatened my family and my life if I didn’t join, or to put me in jail, and you really don’t want to be in a jail in Yemen. In the end I had to leave or kill my own people in a war perpetuated by foreign powers. I didn’t have a choice.
But leaving Yemen is not easy. That’s why there are not so many Yemenis in Europe. The only way out is through Saudi Arabia or Oman. Both of these countries are very rich and it is impossible to pass the borders, the fences and fortifications are so high and there are armed guards everywhere. I had to cross into the Saudi held territory which was very dangerous as I was from Al Houthi territory, and it was them who wanted me to join their militia. So I was seen as a rebel in the Saudi part of Yemen. But I hid until I could get a medical certificate to say I needed an urgent operation outside of Yemen. This is the only way to get out. I flew to Egypt, I was so scared on the plane – I was sure they would find me out and send me to jail.
From Egypt I went to Iran then Turkey, the gateway to Europe. From Turkey to Greece, then Italy, Switzerland, Germany, France and finally Calais and the UK. It took me five years. Two years in Germany and one in Turkey and another in France.
I didn’t want to leave Yemen, I had a very good life there, I was in University in Sanaa the capital, I had a car, a house, friends and family. But things are so bad there now. You really don’t know. There is no electricity, you buy water from tankers on the street, and you buy small bottles of gas if you have money to cook with. People do not have food, they can only eat at night. You walk at night and you find women and children hunting in the garbage for food. It is a terrible situation, they are starving. The militia is always looking for recruits, they are brutal if you will not join them.
My family is OK, my dad worked for a petrol company, there is lots of oil in Yemen, so his company pays him a small wage and tells him to stay home until the war is over. But I am still very worried about them, and I miss them a lot. I also miss Yemeni coffee, it has a long history and is some of the best in the world. It’s where the name Mocha originated, the port on the coast the coffee was exported from. I can’t afford it here. Nescafe is just not the same and even that is too expensive.
When we arrived in Dover I did not believe I was in England, I did not know which way the boat was going or who had rescued us. So I did not let myself believe until I was in Dover Town and I saw the road signs and heard the British accent. Then I knelt on the ground and kissed the tarmac, I can’t express how I was feeling. I wanted to cry I was so happy too.
I live in the midlands now, I’m waiting for Asylum Claim to go through, but it is taking a very long time. I like the UK, especially the films, I love Peaky Blinders best. It’s about Birmingham, which is not far from me. Oh and 007, he is the best British guy ever! I like SkyFall the best.
When I get my asylum I want to continue to study Information Systems and get a job so I can help my family and others back home. I know they are struggling so much. In the meantime, I like helping Care4Calais. I help by interpreting for refugees who don’t speak English so well. Did you know it only took me five months to learn English? So it’s really good to be able to use this skill to help others like me.
-Ali. from Yemen