Romance and Jenga in Dunkirk 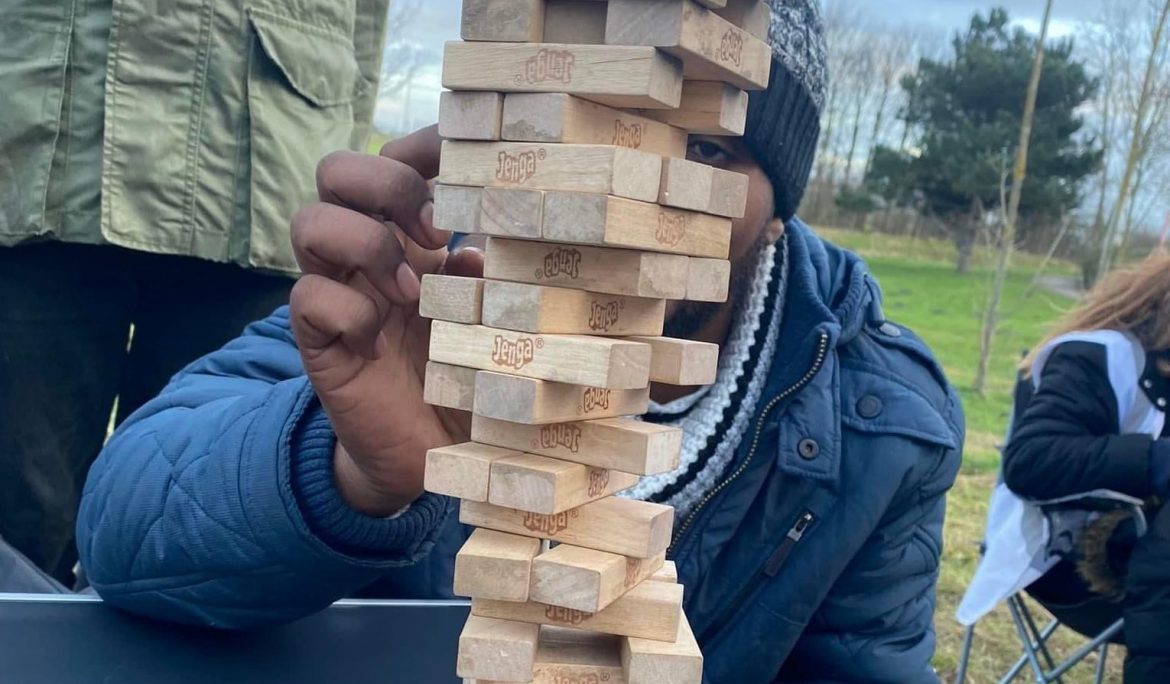 Today I had a really moving conversation about romance with a man called Mohammed, and it warmed my heart.

I was at a distribution in Dunkirk, and was helping out on the games table, which I love as it gives you chance to talk to the guys in a more relaxed setting. I met Mohammed – originally from Syria – there, and we played Jenga for the longest time. He was very strict on the rules, and kept telling me off whenever I detoured from them!

Mohammed left his home because of the war and the devastation that came with it. He was hoping to get to the UK because his sister lives here, but had come through Libya, which he said was horrifying for everyone who passed through it. He had been held captive and forced to work there. He had also been imprisoned in Algeria for entering the country illegally.

But then he told me that during his travels he had met a Syrian girl through Instagram, and they began talking more and more. They now talk up to six hours every day, and she is the love of his life This connection has helped him through the grim times; when he spoke about her his face lit up, he looked like a person who’s found someone to love. The girl is the UK, and now she’s another reason he is desperate to come here.

Dunkirk is horrific, but like Mohammed the men as always are making the best of it. Trying to make a home, trying to make a community – and keeping their love alive. Among the mess and rain there is hope, hope being something Priti Patel’s relentless fight against refugees can’t kill.

When you speak to refugees about why they want to be in the UK, apart from uniting with family and loved ones, they talk about how fantastic it is; about the opportunities for its people, about it being a beautiful place with good people and no racism .

If my country could live up to the hope the refugees place on it, then it really would be a place to be proud of.

As long as they have hope we shouldn’t give up either: so keep volunteering, keep donating, and keep protesting.