Samar’s story: From Palestine to Leeds 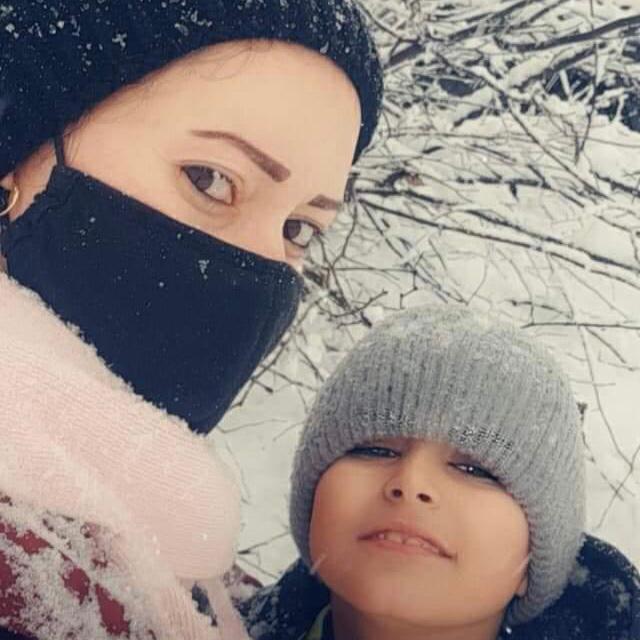 Samar and her 8-year-old son, Fakhri, are from Palestine and have been in the U.K. since November. Before that, they were in a refugee camp in Brussels. At the risk of being deported back to Palestine, Samar took the brave decision to seek asylum in the U.K. Travelling on a small boat across the channel, Samar feared for her and Fakhri’s life but thankfully, after a 7-hour crossing, they made it safely to the south coast.

Samar told us, ‘The life of a refugee is very difficult. My story is long and I went through many difficulties and dangers in order to have a good life and to reach the safety that my son and I were deprived of in my country. People were killed, we were kidnapped, and bandits saw people drowning in front of me, and I could not do anything. I only want me and my son to live a safe life. We feel comfortable here.’

Since arriving in Leeds at the start of this year, Samar has begun the process of enrolling Fakhri in school but due to the current lockdown situation, a place hasn’t been found yet. One of the many worries Samar has is how Fakhri will cope in an English school, and she doesn’t want him to get any further behind. Without any internet, accessing appropriate lessons for him is really difficult so one of our volunteers, Katie, reached out to her primary teacher friend, the amazing Jacqui! Without missing a beat, Jacqui sourced and made a huge bundle of booklets and resources, with rewards stickers and worksheets, both in English and Fakhri’s home language of Arabic, to kick off his English education.

He hasn’t been allocated a school place yet – but is looking forward to a new learning environment. Since visiting Samar and Fakhri this week, with her 5-year-old daughter, Katie realised as the kids were playing together that she and Jacqui are going to have to up their game – Fakhri is very bright for his age and needs much harder school work!

To help support asylum seekers by volunteering with us in the U.K. email annie@care4calais.org.

Farshad’s story: from Iran to Germany