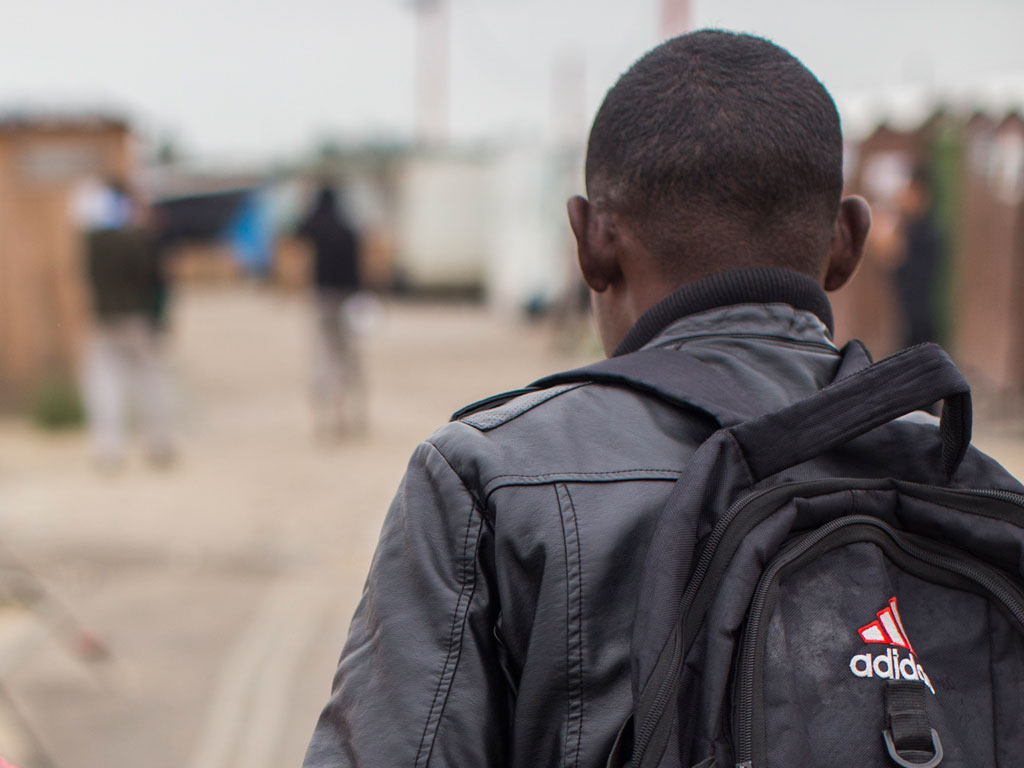 A Care4Calais volunteer reflects on the different paths laid out for a Sudanese refugee named Darii, and for her own daughter, who is the same age.

I first saw Darii sitting hunched down, alone and away from the crowd.

Seeing Darii hit me hard. I felt his dejection as I drove past. I meant to go back and talk to him, to smile, to listen, to pass some time sharing stories and tea. But I was pulled away by a dozen requests and problems all equally pressing, as is so often the case.

But when I glanced back, I was relieved to see that another volunteer had sat down next to him. She has an incredible knack for spotting the ones suffering the most and always tries to help.

I learned later that Darii, like so many here, is from Sudan. He’s the same age as my daughter, with similar hopes and dreams. He wants to get an education, to marry, to have a career and to make a positive contribution here in Europe. The young people here are just like our children, spirited, cheeky, and with a desire to make a change in the world. The only difference is that Darii was born in a country from which he has been displaced, and now finds himself stuck between borders, with his life on hold. My daughter, on the other hand, crosses borders as she pleases. She’s just starting out, whereas Darii feels his life is not progressing. That’s one thing we learn as as volunteers: although refugees’ circumstances differ so greatly from ours, on a human level we share so much common ground.

An important part of our work here, in addition to providing food, water, clothing and shelter, is showing human kindness. We want refugees to know that they matter, that they are cared for. While they are displaced from their families, we will do whatever we can to help foster a sense of community, belonging and acceptance here in Calais.

You can support our work by donating at care4calais.org/donate, and by helping us change the way we think and talk about refugees, who merely want to be treated with the dignity and humanity they deserve.