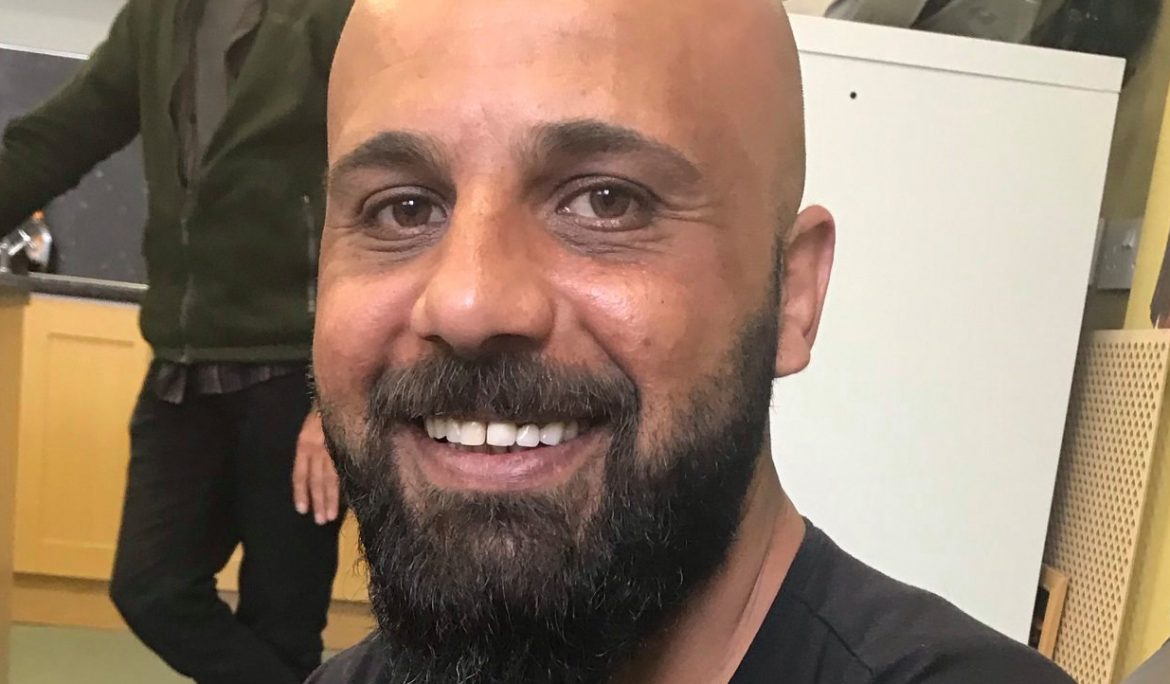 “People say, ‘oh, you’re lucky you’re being sent to the UK’, but they don’t realize that it is the last option. It’s for families who have no chance of working in the host country but cannot go back to Syria either. Resettlement is Brutal. You have to leave everything you know behind and know you most likely will never be going back. You leave your family, your home, your culture, everything you know for a strange land. You exchange everything to be safe”.

Sameer has been in the UK a year now, one of 18 families in Carlisle, a small city in the North of England. He is so positive about everything here, even the driving! He couldn’t find anything bad to say, so different from the stories coming out of Calais.

Sameer was not allowed to work in the camps in Jordan and Lebanon where he spent seven years. So when he found out he had been accepted for the UK’s Syrian program one of the reasons he was pleased was because he knew he would be allowed to work. When they knew they were coming to the UK, Sameer decided it WOULD be a good thing, and he would make it work for himself and his family. It was the only way. He had seen so many good things about the UK he was sure it would be OK, he would make it OK.

And he has. In a short year he has learned English, bought a car and is about to launch his own business. It wasn’t easy; he had to work hard to make a life not only possible, but also positive.

Once in Carlisle it was a real struggle to learn English, it’s very different from Arabic and the lessons weren’t always appropriate. Eight hours a week just isn’t enough.

“It made getting work very hard because first everyone asked about my language. They said I had to be able to speak English, so had to learn it fast. I really wanted to start to work”.

And he’s done it! Sameer said you just have to get out and be brave, talk to people and make friends. In Syria he said he was a confident person, outgoing and friendly, but seven years in the camps, living in a tent had knocked him right down.

Being here has enabled him to build up his self-confidence and self worth once more and I think it’s all due to the amazing support he has had from the local people around him. They have been with him every step of the way.

Sameer says he was lucky, to be sent to Carlisle because the support has been amazing, from the council, from the locals and from the local support group, CRAG, and the social services, even the Job Centre! “They like us”, he says, with a laugh! No one has shown anything but friendship towards him and his family, he hasn’t experienced any racism and to my disbelief hadn’t heard of Boris. “If he doesn’t like us, we don’t care, the people like us and that is all that matters”.

A year in, he says the best thing is that he can now help new families settle in, find them the things they need, explain how the systems works and make them feel at home. ”Everyone helped me when I got here and so now I can help others”

In a month or so, he is opening a Syrian street food kiosk in the town centre. It’ll be a great addition to the town’s cuisine and I for one can’t wait to try it!