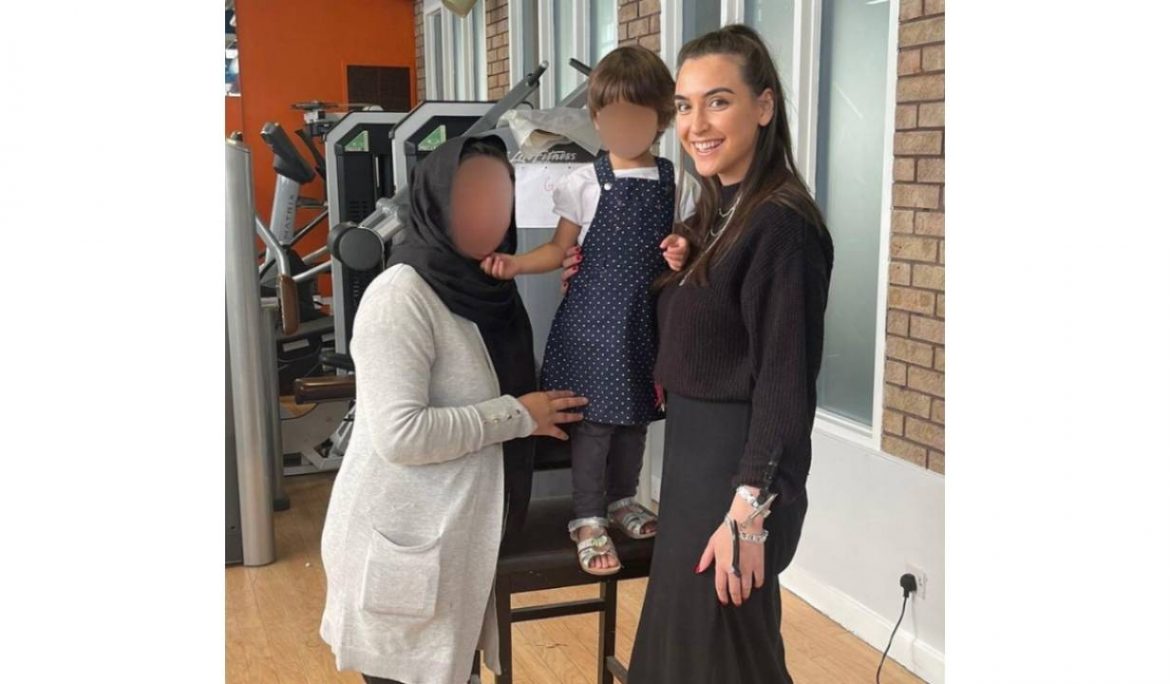 Last weekend we began providing hairdressing services for Afghan people who have fled the Taliban and are now living in the hotels we’re visiting.

And yesterday my heart was touched in a way I can’t even explain when I met three-year-old Sanam and her mum.

Sanam’s mum sat in the chair to have her hair cut by Lucy, our volunteer hairdresser, and Sanam smiled as I passed a toy car back and forth with her. Then Sanam herself sat down, and let Lucy cut her hair too.

As conversation flowed between us, Sanam’s mum explained why her dad wasn’t with them. Back in Afghanistan he had been a police officer; three months ago, he had been killed by men from the Taliban.

Since then, Sanam has had nightmares that the Taliban are coming for her. Her mum tries to calm her by letting her know that they’re now in a safe place together.

When the haircuts were finished, they asked us if we had a hairbrush we could give them. I told her I’d get one, and added it to the list of items we need. The need for such small, peveryday things is a reminder of how quickly they had to get out of their homes and leave their country, with no time to pack what we in the UK consider daily essentials. ⠀⠀
Sanam and her mum thanked us as they left, and headed back to their temporary hotel room to wait for Care4Calais’ distribution of clothes and toiletries the following day.

I met many women and children yesterday with similar stories to Sanam’s; meeting people who fled Afghanistan really puts life into perspective. ⠀⠀
⠀⠀
Lucy did such a wonderful job. She is a young hairdresser who’d had a few days free, and offered to give this time to help Care4Calais so that some women and children could have their hair tidied. It made me think about how precious time is, and what an important effect it can have. Helping one person might not change the whole world, but it could change the world for one person, and that has a ripple effect that flows… ⠀⠀
⠀⠀
Personally I don’t have much time to spare between being a mum to three kids, teaching yoga classes and running a business. But yesterday in that hotel I really felt that the time I’ve put in as a volunteer for Care4Calais has certainly not been wasted. ⠀⠀