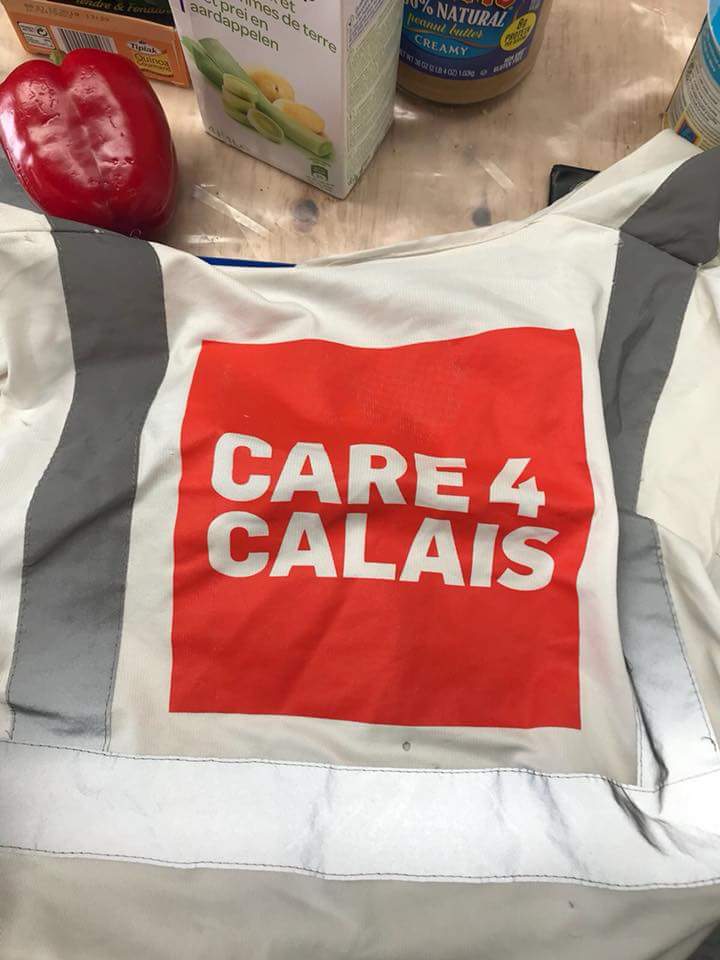 This weekend on distribution the volunteers found a young refugee who was alone and away from the others. They brought him to me as in truth the boy looked terrified and beyond tired. They wanted to know what we could do.

The sad reality is very little. There is nowhere safe to take them and nowhere warm they can sleep. Given his level of distress I suggested we take him for dinner and put him in a hotel for the night. It wouldn’t change anything but it would provide a shower and some respite. We put him in our car.

When we got to a local pub he refused to come in with us. He said he was ashamed of his dirty clothes and of having no money. As we had all been in the warehouse we were pretty scruffy ourselves, and we decided to eat outside. But he still refused to join us and sat a way off on a wall. We took him food.

We got him to a hotel and after a proper nights sleep and a shower he was a different person. He was reluctant to accept any new clothes from us but I persuaded him to get changed so I could wash his stuff. He spent the day working alongside us and worked hard.

In the evening I had to take him back. Horrific but what else can we do? In the car, on our own, he surprised me by saying he wanted to apologise. He said he was scared to eat with us the night before because he didn’t understand what we wanted from him. He said whenever he had met strange people before they had treated him badly and he had forgotten that there were good people in the world. He now thought that we were good and he wanted to apologise for misjudging us.

This boy is 16 years old. He comes from Darfur in Sudan. I don’t need to ask to know he will have faced great horror there. He has travelled across Libya alone. One of the most hellish places in earth. No one escapes there unharmed. He had forgotten there were good people in the world. And now no one wants him.

Please help us to still be here for boys like this. Please don’t turn your back on them.