Sharing the love in Calais 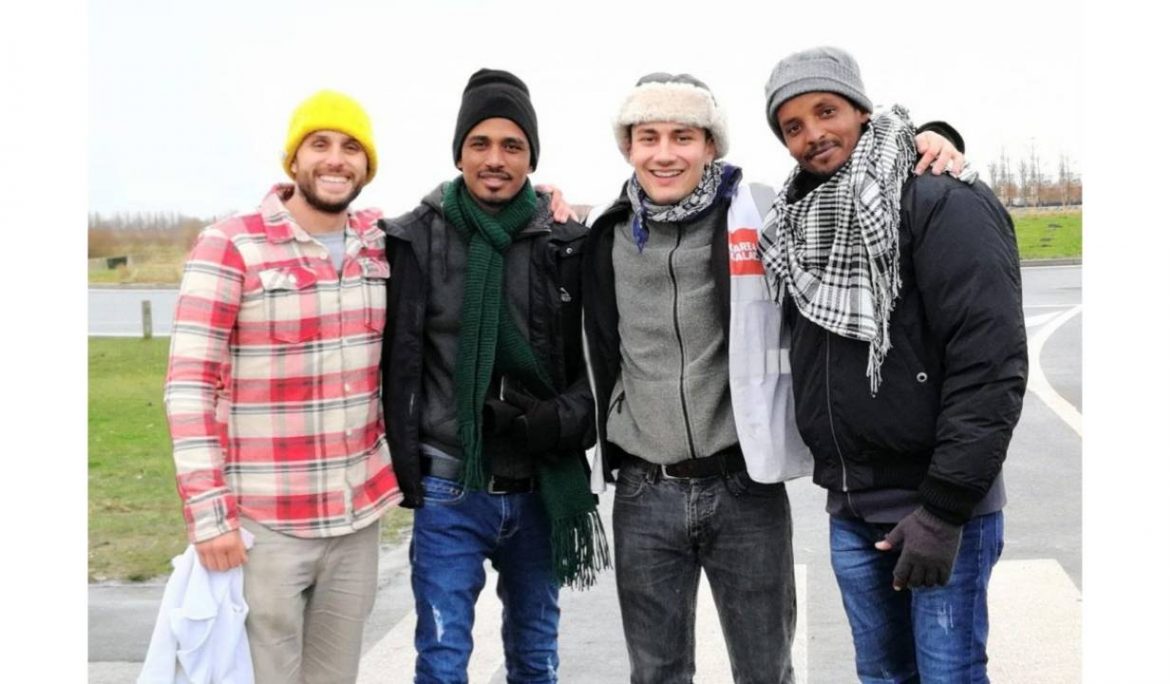 “When I went to volunteer in Calais, I was expecting to find downcast, suffering people being helped by well-meaning, well-off people from the UK. I’m embarrassed to admit that now, but it’s the truth.

The reality is different.

Most of those refugees are escaping from violence, and they’ve been through hell already. But most are strong, optimistic people. If they weren’t, they wouldn’t have made it this far.

And the volunteers are pretty strong, optimistic people as well, because they believe in the good side of human nature.

So in fact my abiding memory is of meetings between people who were all similar in many ways, but who had been lucky or unlucky according to where they happened to have been born. Everyone kind of understands that, and somehow because of it, there’s this tremendous affection between people.

This feeling of friendship winning out over the hatred leveraged by the politicians, and the police, and the border patrols and all the rest of them.

Above all, a feeling of love.

Care4Calais brings respect and dignity to refugees in Europe who are so unjustly denied these basic rights.

All you need is love? Not quite: to provide the love, we urgently need volunteers, donations and money. Please help us: care4calais.org/get-involved/