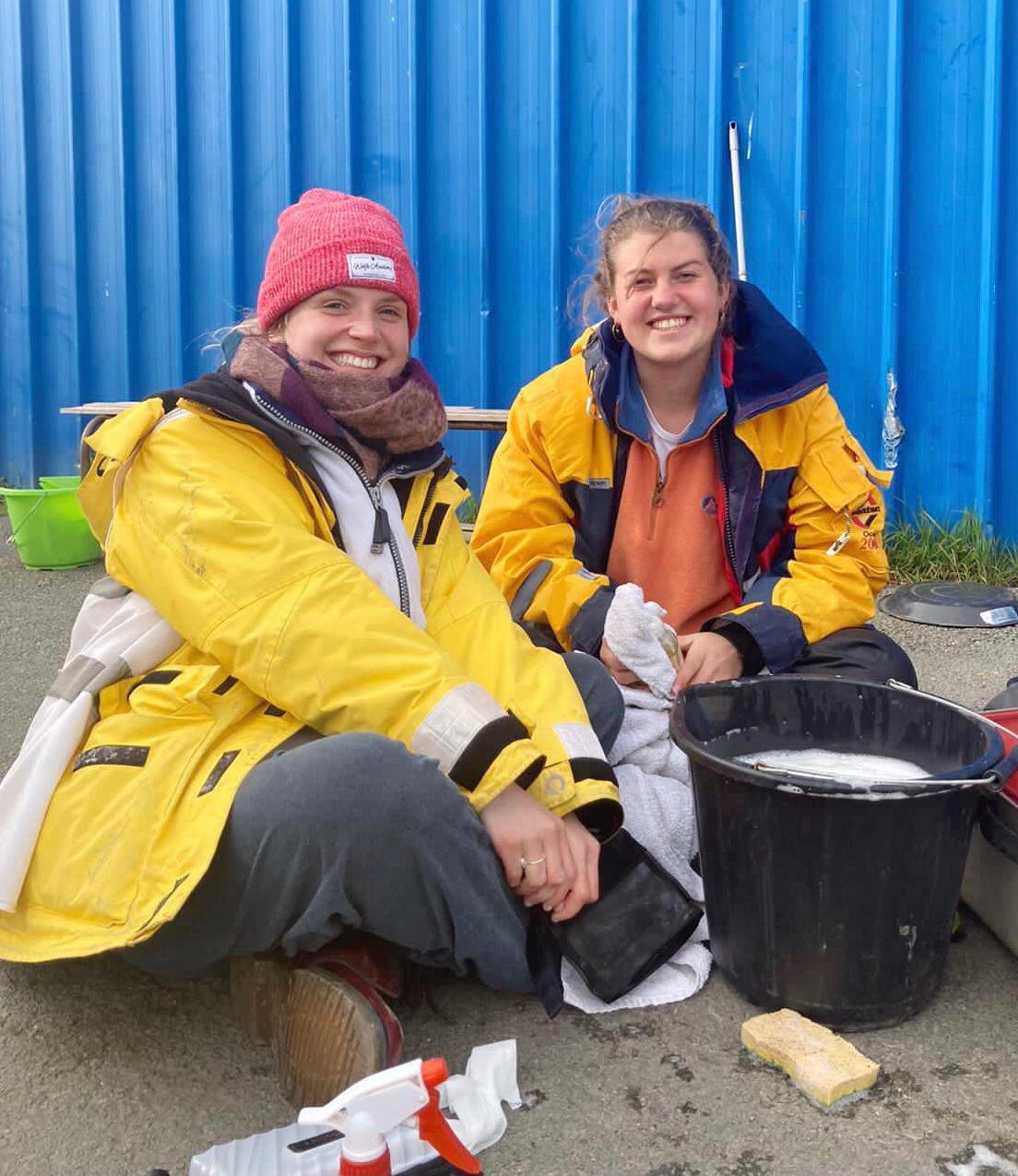 ‘I initially came for one month but ended up staying for six. Leaving Calais was so difficult. After my last distribution, I got into the van to drive back to the warehouse but I just burst into tears – someone else had to drive it back, I was so upset about leaving.

Being in Calais was such a rollercoaster. I had so much fun with the people there. But then you’d get a sudden reality check, remembering the devastating situation that so many people are living in.

There was one really cold day when we were distributing coats in the snow. It felt like we hadn’t seen the sun in weeks, it was freezing. I noticed a guy in the queue with no socks and in shoes that were falling apart. The police earlier that day had taken everything from him. I took a step back from the situation and it really hit me how wrong it was that people are living in these conditions.

As well as offering practical services, Care4Calais really emphasizes the importance of providing emotional support, making connections and listening to everyone’s stories. I made a lot of friends and I definitely didn’t expect to learn so much Arabic in six months. There was one guy who was so welcoming and always made sure to speak Arabic slowly whenever I was around so I could practice.

I learnt so much and that’s what impacted me the most. By volunteering with Care4Calais you get to know people behind what’s said in the media. They are human beings and everyone’s got a story. Everyone has something to contribute to society, and no matter your background, everyone laughs at the same thing… and loves a competitive game of football.’