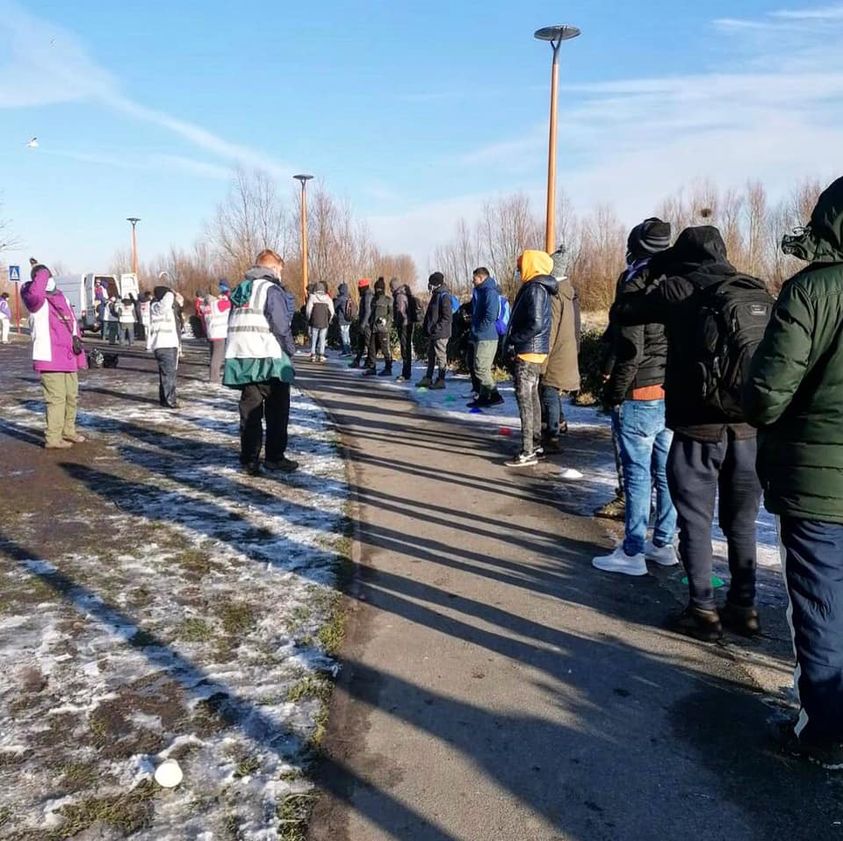 It’s freezing cold in Calais and Dunkirk at the moment. We’re getting water out of buckets and giving out bottled water, as pipes have frozen and there’s no other water source. One day last week, on top of the normal food distribution, we also had 200 sleeping bags to distribute to provide a little extra warmth for those sleeping outside in these conditions. It’s -2 in the day, and lower at night.

All week, we’ve worked hard to get warm clothing and sleeping items out to as many people as possible. It’s been a hard week as we have been worried about the people sleeping in sub zero temperatures. For those without sleeping bags, they usually only have a couple of blankets and very often, the CRS (French police) come and take everyone’s stuff. Even if they have something warm, by the end of a raid it’s usually gone. Even when it isn’t as cold, it gets so muddy that lots of belongings are ruined.

We’ve seen some people starting to get hypothermia and frostbite – FAST (First Aid Support Team) have been doing all they can to help. The French state have arranged emergency shelters, but many of the refugees are too scared to go. They are afraid that their tent and personal belongings will be taken when they are away. The shelters are very busy and noisy, so refugees have told us they don’t sleep well, and may be made to leave at 7am whilst it is still very cold. So, we decided to distribute sleeping bags to as many people as possible. Even if the refugees chose to use the shelters, they would have an additional layer to keep warm.

To support our work, go to Care4Calais.org/donate-now/