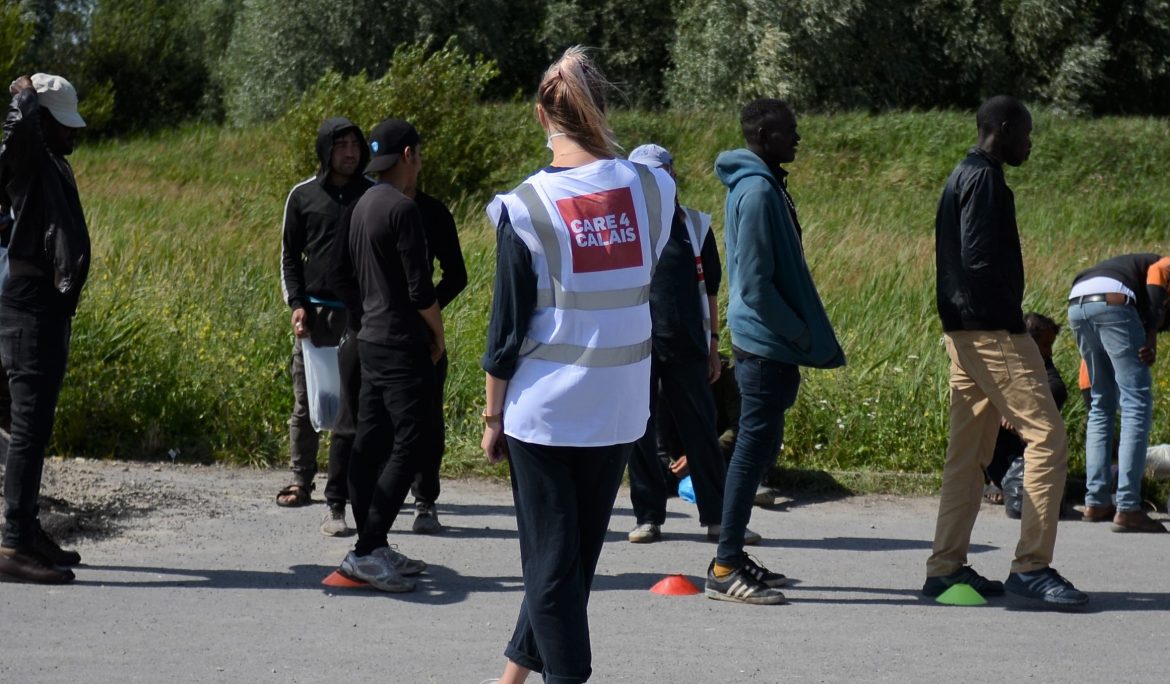 Our distribution in Calais today went down a treat. We gave out 200 jogging bottoms to Eritrean men and women who all sleep in an area that has suffered multiple evictions and police raids recently, so I can’t even begin to tell you how happy they were to change into fresh clothes.

Many only had the clothes they were wearing – and these were mostly jeans, which are difficult to hand-wash and air dry when you’re sleeping rough in the cold and rain. Not only were the joggers brand-new and plain coloured but they were all slim fit, which is by far their favourite style as the guys here tend to be quite skinny.

One young man can up to me later to thank us for the joggers, which he had already snuck behind the portaloo to put on. As we chatted I noticed that he was still wearing flip-flops despite recent heavy rains and the mud around us. I asked him if he had a pair of shoes elsewhere but he politely shrugged it off – all he cared about was that he got to swap out his old worn-out trousers for something comfortable. I never realised something so simple could make such a big difference.

We have mostly focused on giving out food, tarps and blankets in recent weeks because hundreds of people have been displaced by evictions and have a hard time accessing meals. So it was extra special to distribute something brand-new today that will not only keep people feeling warm and clean, but will also boost their appearance. At times of increased hostility, retaining that sense of dignity has never mattered more.

For just £5 you can keep a refugee feeling warm and clean with a new pair of joggers. If you can chip in, visit care4calais.org/donate