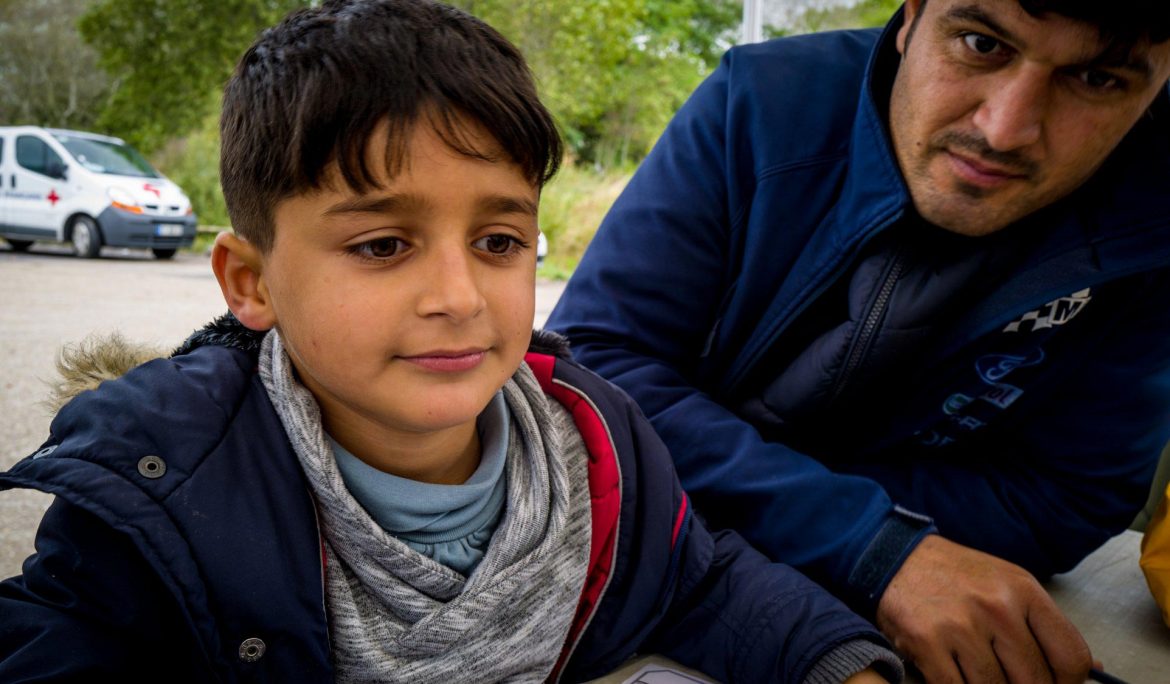 Last time I was in Dunkirk, I saw a man with his son. I smiled at them so they walked over. The boy was shy but his father told me his name and that he was six years old. It was a cold and damp day (probably the kind many here in the UK would consider apt for a trip to the library). I enquired how long they had been in Dunkirk for: five days, he told me. He then proceeded to pull up the sleeves on his son’s jacket to show me his blackened hands. “We can’t live in the conditions”, he told me. “We have no running water, no basic things for him.”

So many people have told me how they can’t believe this is going on in France and how if this was in the UK, we would never let it happen. Well I don’t believe it. If the UK are funding all the security to keep people trapped here its happening for the UK; we can’t keep turning a blind eye.

I was driving down a double carriageway in North London earlier today, and two tents were clearly visible by the side of the road. It reminded me of the main site in Calais. Do you know why? Because so many people were driving past, but no one was stopping. Whether it’s two tents or two hundred tents, no one bats an eyelid. At most we utter an “Oh, how awful!” and keep on driving. Within minutes we’ve forgotten about it. Why should we be the one to stop, the one to do something?

The fact is that someone has to, because the government isn’t. Whichever side of the Channel this is on, the government are not tackling their responsibilities regarding those in need. It’s easy, when it comes to refugees, to say we should look after our own first: however, if the state are prepared to let anyone live in such conditions, regardless of their origins and situation, it reflects their priorities and morals on a much larger scale. I may not be in a vulnerable situation now, but how could I possibly feel safe in a country where no one cares?

The single best thing you can do in 2020 to support refugees, is to set up a recurring donation.  Recurring donations allow us to respond immediately to crisis and emergencies without the need to fundraise first.

Whatever you can afford, the smallest amount makes such a difference to what we can do.