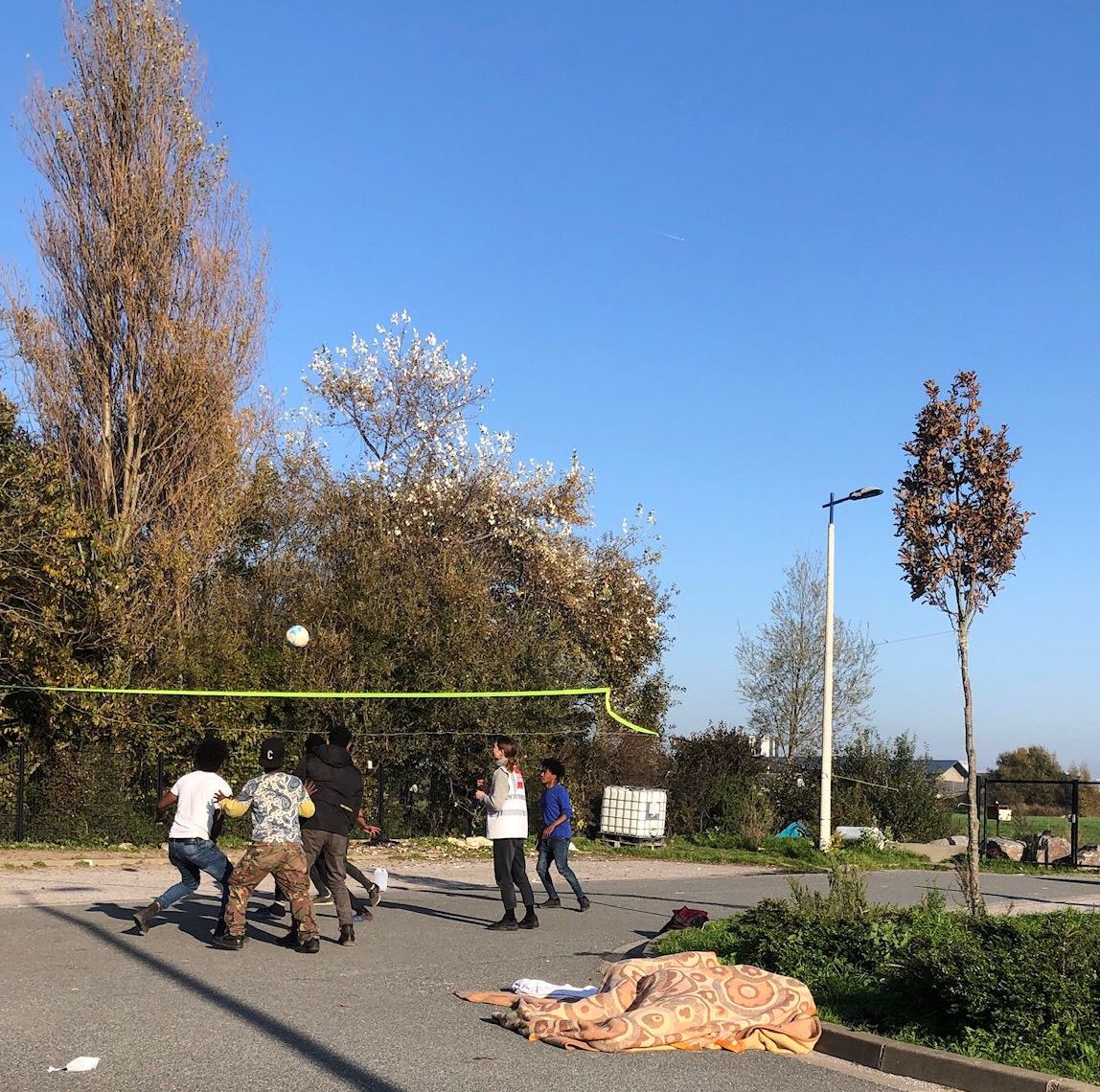 Today we distributed fleeces at a site in Calais, and everyone was keen to get one with the weather turning colder. Fleeces are popular because they’re warm, but also lightweight and they dry out quickly if they become wet.

These kinds of clothes are so important to have right now – we gave out about 200, and everyone seemed happy. The weather was fine after days of rain, and there was even a bit of sunshine. The mood was good throughout, and we decided to take full advantage of the good weather by setting up a volleyball net so that we could play together.

It was great fun, but as we were playing I noticed something at the side of the road. As I looked harder I saw it was two men in sleeping bags, asleep in the sunshine.

I guessed they had chosen the spot because it was warm, and they felt safe there among their own community (it was a site used mainly by Eritrean refugees), knowing as they’d be looked out for. But seeing them there reminded me how tired refugees often are, and how hard it can be to feel warm and dry, especially at this time of year.

They were ok there, but then some police vans turned up, as they often do. Me and another volunteer wondered if the two sleeping guys would be ok there. We went over and, not wanting to wake them up, we went and stood beside them, so the police would notice they were there.

One by one the vans drove slowly past getting closer and closer to us and the two sleeping men. One of them got so close that they actually banged into me a couple of times.

I was quite surprised by this, as the driver could clearly see me. To be fair, it may have been that they couldn’t see the two sleeping men and thought we were trying to obstruct them. The really surprising thing, though, was that the two refugees never even stirred.

It just shows how exhausted refugees here can get.

They may have spent the night trying to cross to the UK – or perhaps they had just arrived in Calais and finally had somewhere they could sleep and feel safe, even though it was a road. Warmed even a little by the sunshine, their aching and worn out bodies had switched off to the world.

I felt pleased we had been able to protect them, but Inoone should have to be in this state. And if they are suffering like that, they should certainly not have to sleep rough if they are feeling that way.

I really hope that if I see them again their’re feeling better – and have somewhere safe to sleep.