Sudan: A personal account from a country in crisis 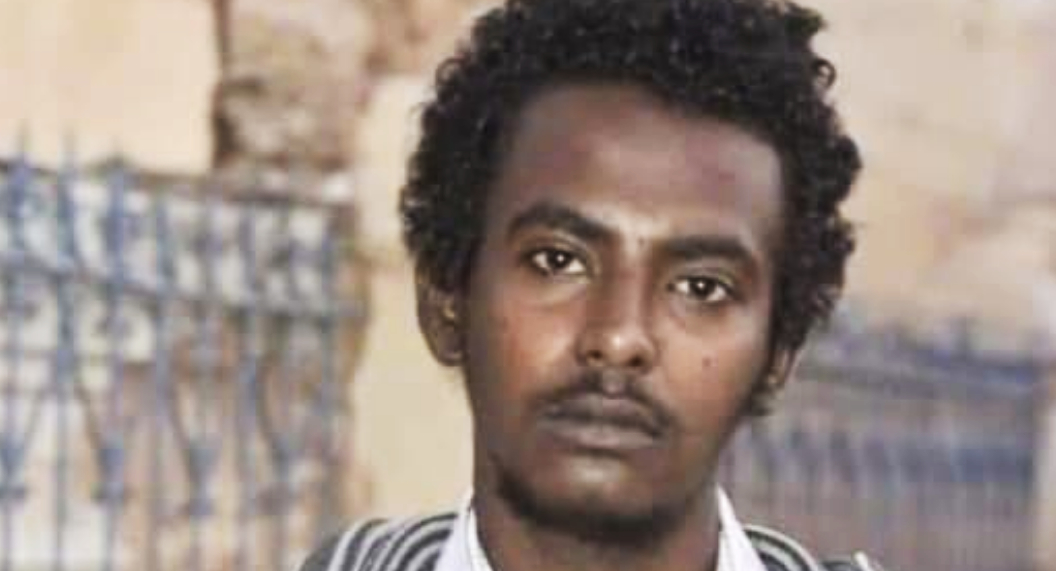 “This is my friend, his name is Abdualsalam Kiasha and he was 27 when they shot him dead. He was a student; he just wanted Sudan be safe, to be free.

He fought for rights, liberty and equality since 2013. After the war in Darfur he came to Khartoum, to the university. Before 2005 hardly any of us from Darfur went to university, Khartoum ignored us and its people did not know about our suffering for a long time. When pressure from the West made the genocide slow down, there was more chance for us and more of our people became educated at the universities. We saw what had happened to us, was happening to us, we couldn’t ignore it any more, we knew it didn’t have to be this way.

Abdualsalam Kiasha went to the University in Khartoum, but he didn’t forget Darfur and the atrocities the Janjaweed committed against us. He started to speak out against al Bashir and the regime. He tried to say all Sudanese are the same, and should unite against the government. He fought for liberty, freedom of speech and human rights and an end to the brutal dictatorship of al-Bashir.

Two years later I joined him in Khartoum, at the university. I started to fight with him, we spoke at many events, we organized people; we took photos to show the truth. Al-Bashir and his cronies ruled by separation and fear. They did not want the blacks of the south to mix with the Arabs of the north. They divided us and made us fear each other. That way they could keep control. We spoke out, about equality and friendship, of being one country.

Abdualsalam Kiasha was arrested many times; he was beaten and tortured in the prisons where there are no human rights. Every time he came back, he didn’t give up, he kept speaking the truth. But always they were watching, waiting.

I was getting more organised by now, I was speaking out more, getting others involved and running events in the city. I was doing activities on civil rights, women’s rights and freedom of speech. I was in a small group of 7 young guys, 3 girls and 4 boys we used to speak publicly in our university of Alzaieem Al Azaharie. I don’t know where they are now.

We tried to explain that people of Darfur, people of South Sudan, and people of North Sudan are not enemies. But I was careless, and they caught me, the Security National of al-Bashir. I was taken to a detention centre where they beat me, tortured me and threatened to kill my family.

I spent three months in a detention centre for grouping people against the system, and for spreading fake news. I had to pay £5000 Sudanese pounds to get out of the prison and I signed a paper to never talk in public again. The detention centre was a very bad place. I don’t want to talk about it.

So my life in Sudan was over, I would never work, or finish my university, they were watching me, and for any excuse they would shoot me. So I had to leave Sudan. I was in Calais Jungle in 2016, just before it shut.

Abdualsalam Kiasha stayed, he said Sudan was his home and he was going to get al-Bashir out, whatever it took. He was arrested and tortured so many times, he was burnt by fire and electricity, but he didn’t give up. He kept talking, all the time he knew they were watching him, he knew his life was in danger – they wanted him dead. He said, “this time the people have to win, otherwise we will all finish with death and torture and prison”. He believed the people could win.

All through the protests he was at the university, he stayed every day at the sit in, then on Ramadan 28 the Janjaweed shot him dead, Bashir’s devil dogs. He was not a random victim, he was a target and they went after him specifically. They thought they could stop his words – but they cannot. Bashir may be gone, but nothing has changed, we have to change this.

Now I don’t have contacts with anyone from Sudan, they cut the Internet, and my friends have all been forced to stop talking in public. Sometimes we get pictures where some people have Internet, but not so many. In Sudan the military can do what it likes, they act with impunity. Inside Sudan things are very bad, much worse than your news shows and I fear for my country, because this time the people will not give up. We will not trade one dictator for another; we must have change, real change.

The people have had enough, and they will give their blood for what they believe in, like my friend did. Sudan has suffered enough, its people are refugees all over the world – you can stop this.”

From a friend who was a refugee in Calais, who needs to remain anonymous to protect his safety if he ever returns to Sudan.

Please share. The world needs to pay attention to the crisis in Sudan.