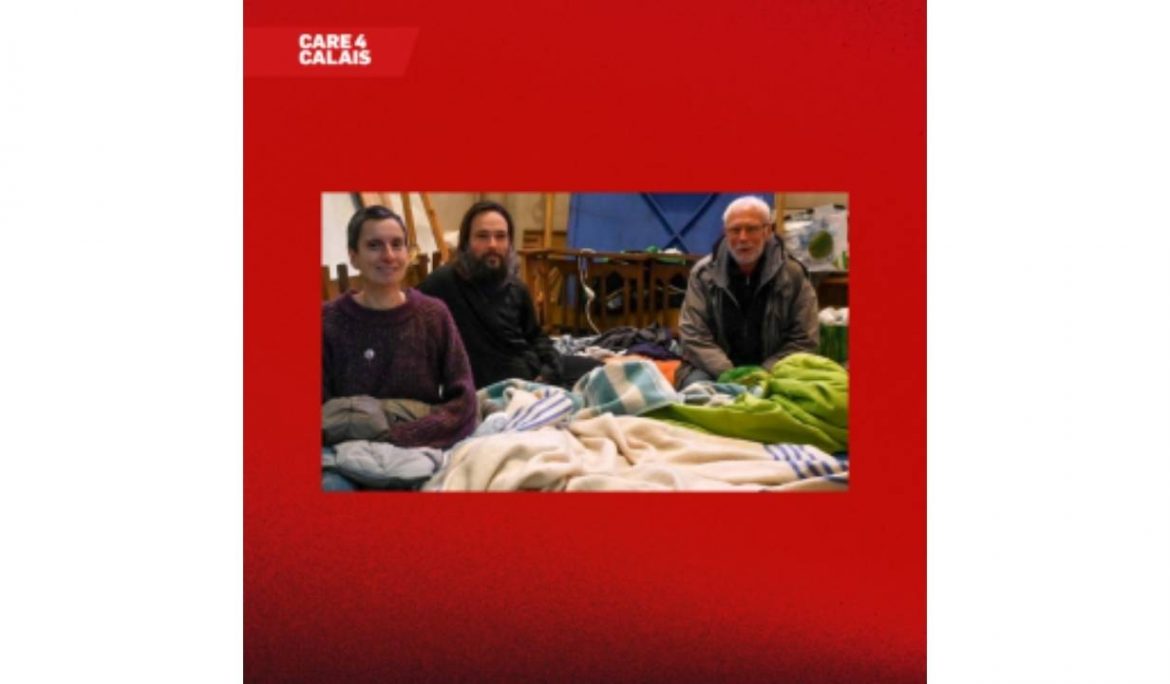 A priest and two activists in Calais are now on day 19 of a hunger strike in a desperate attempt to draw attention to the plight of refugees in Calais. Philippe Demeestère, Anaïs Vogel and Ludovic Holbein – all of whom work with refugees – are staying in the St-Pierre de Calais church, refusing food to demand that the authorities:

”We witness daily forms of psychological and physical violence against exiled persons,” they have said in a group statement. “Expulsions every 48 hours or even daily; confiscation and destruction of personal belongings; multiplication of anti-distribution orders of food and water; humiliations. The determination of the authorities to refuse by all means the presence of exiled people on the littoral makes dialogue impossible.”

Their action was sparked by the death of Yasser, a young Sudanese man who died after being struck being a lorry in Calais. The shock of Yasser’s death focused refugees and volunteers attention on the appalling treatment of refugees in Calais, and on the urgent need for change to prevent many more unnecessary tragedies.

To try to persuade the authorities to listen, the strikers supporters have organised a petition to be delivered the Emmanuel Macron. It has already been signed by 150 organisations, including Care4Calais.