The Honesty of Refugees 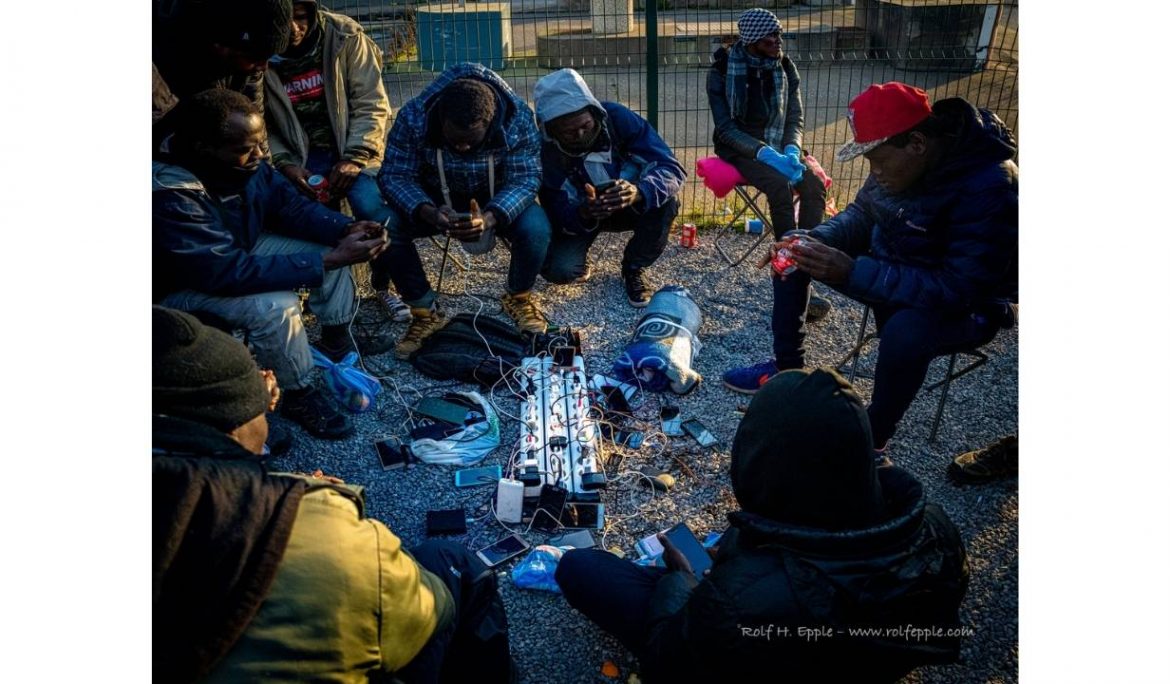 Today started with a conversation we have too often. “Please madam, I really need a phone. I did not speak to my mother for a month, and my young brother is sick. I am worried for him.”
A mobile phone is often the most important possession a refugee has. But they get stolen, lost or broken. and many people cant afford to replace them. These are the refugees you don’t hear about on the news. These are the ones who cannot afford to pay people smugglers for a small boat; the ones trapped in Calais, sometimes for many months, living a harsh and cold existence in the mud.
I sadly explained that we did not have any phones. They are in very short supply. He said it was ok, and quietly turned to walk away.
In desperation at seeing his plight, I asked if he would like to use my phone to call his mother; he was embarrassed and said it was too much, but I could tell he was tempted, so I insisted, and he took my phone to make the call.
I carried on working, then someone came to get me because the CRS police had arrived. The officers wanted to see our paperwork proving we were allowed to distribute at the site. I got the papers from the van but then remembered: pne of the important documents was on my phone.
I told the policeman I would have to go and find the refugee who had my phone to show him the papers. Both he and his colleague were so shocked: “You gave your phone to a refugee? Really?”
I told them I would be right back.
Problem. A great many people had come to talk to me about their difficulties that day, and I couldn’t remember who I had given my phone to. I started asking round. Of course everyone said, “What did he look like?” And my sheepish reply was, “Erm, he was from Sudan”. That narrowed it down to over 100 people. Meanwhile the police were waiting.
I couldn’t find him. The police, marvelling at my stupidity, got ready to shut us down.
And then a guy who spoke good English came over. “Did you lend your phone to someone?”
“Yes,” I said. “Yes I did.”
“Oh good,” he said “There is a really worried guy over there. He borrowed a phone from an English girl, but he can’t remember which one.”
Ha! Maybe I was not such an idiot after all. There were a lot of people. It’s possible to get a bit mixed up. Could happen to anyone (erm).
I ran over to the policeman and showed him the document. They said we could carry on, and walked away shaking their heads. Phew.
But then it hit me. My phone was the very thing that guy wanted, and probably a much better one than he would ever have too. He could so easily have kept it. He must have been tempted. It could even have been his passage out if this hell.
But he didn’t keep it. He kept looking till he found me, and gave it back. Honesty. Pure and simple.
I’m so glad we help these people. They don’t need to “deserve” our help, but sometimes they really do.
To volunteer or donate go to Care4Calais.org/donate