The impact of volunteering 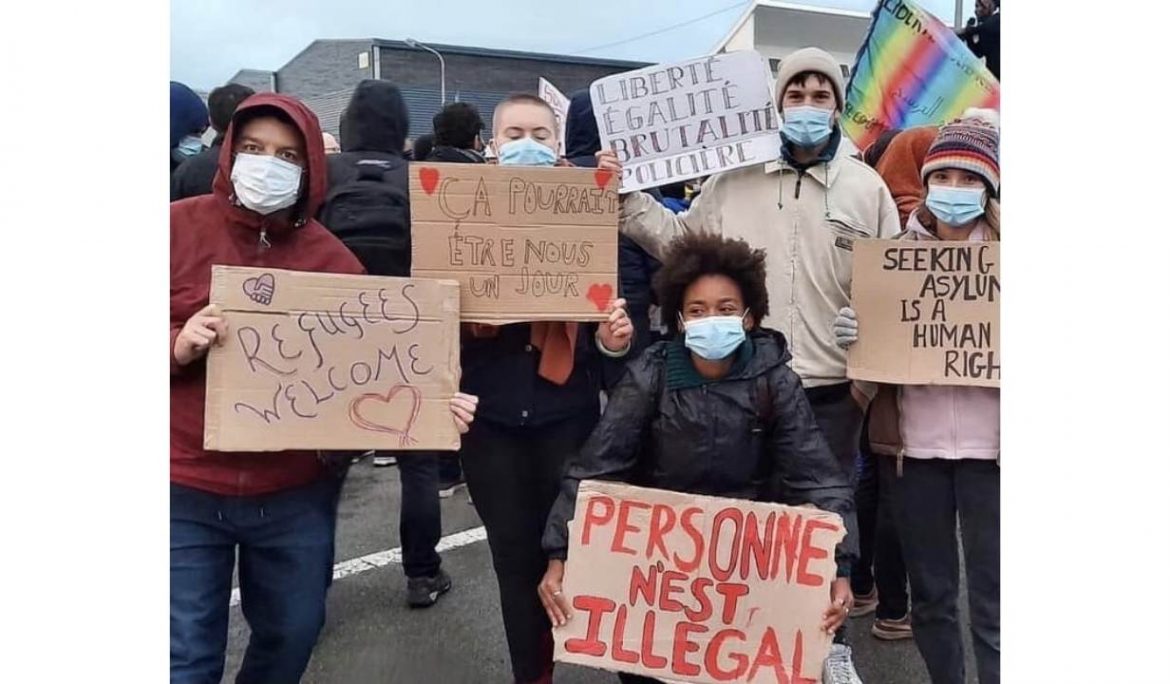 From Calais beach the view to England looks extremely daunting and I could only wonder at how desperate people would have to be to make the crossing in inflatable boats. When I returned from volunteering in France I was horrified to learn that the body of a man trying to make the crossing had been washed up near to where I was staying, and that a family with two young children that I had seen at one of the camps had all drowned.

Last October I spent two weeks working for the charity Care4Calais. The charity has two large warehouses in Calais where food, tents, clothing etc are stored before distribution to the unofficial refugee camps in Northern France and beyond. Each day we took hot drinks, food packages, hair cutting equipment, phone charging boards, clothing or whatever was needed.

In the first week the atmosphere at the camps was normally upbeat despite the difficult circumstances. The overwhelming sense was of people waiting and hoping for a new life to begin.

I talked to refugees about their reasons for leaving their homes, the journeys they had made and what they hoped for. Some people had been travelling from country to country for many years hoping to be granted settled status. Many were young men travelling alone and some were families with very young children.

In the second week the French police began mass evictions, confiscating belongings and putting people on coaches to be dropped off at the Spanish border or other random sites, often miles from any town. The evictions were often heavy handed and threatening, done in the middle of the night and contravening the Charter of Human Rights. I was shocked to learn that the UK Government was funding these evictions through £30m of UK taxpayers’ money.

Life around me in Calais and back in England all went on as normal but what I saw will never leave me. Just after one of the evictions we were handing out hot drinks and in the midst of all this a small child was so happy to be given a biscuit; even though they had nothing, and were living unwanted in a strange country, the child was still smiling.

(This story by Care4Calais volunteer Glenn Kopppany was originally published in the Isle of Wight County Press. Thanks to Glenn, and all our volunteers, for the work you do and the boundless empathy you show to refugees and asylum seekers all year round.)