The risks refugees face in Calais 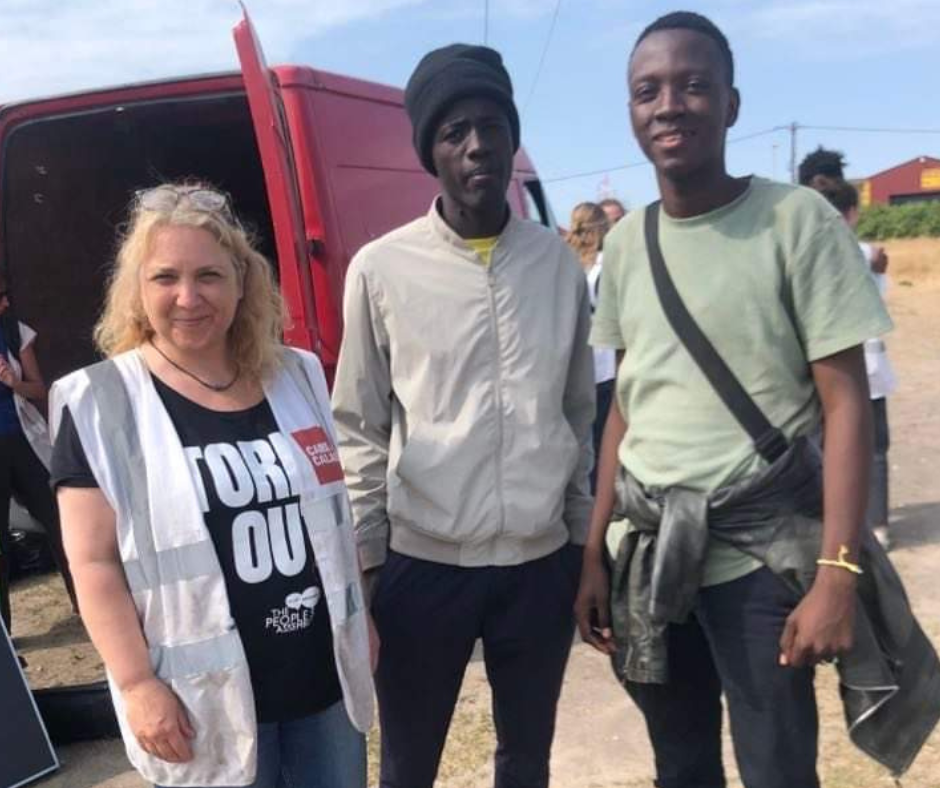 “My mother cries on the phone,” a young refugee told me today. “She thinks all this is so dangerous.”

We were standing on the hot, dusty site where Care4Calais volunteers were giving out food packages. Wearing trousers too short for him and an anorak he had yet to grow into, the quiet young man – his name was Mohamad – looked like a kid, and seemed too young to be here.

But he insisted he’s old enough. “I am 16 years,” he said. “And don’t forget seven months, it’s important”.

Mohamad, who fled his home Iran when his life was threatened, was waiting to get boat to the UK, where he would claim asylum. His uncle paid for the boat, he told me. It was the only way his family could keep him alive.

Could he swim, I asked? Not exactly, but it would be fine, he said. “Look..I take my coat off and put up here”. With an arm over his head he mimes treading water. “I don’t go to bottom”.

As I listened, I felt numb. This was my first time volunteering in Calais, but having worked in the UK students who had escaped Syria or passed through Calais, I thought I’d prepared for what I might hear. But I wasn’t ready for all the danger, risk and potential harm these refugees still faced.

And for my own fear of what might happen to them

We helped provide drinks, barbering facilities, phone charging, crafts, English lessons and clothing repairs to groups of 150–250 Sudanese, Afghani, Eritrean and Iranian refugees. The conditions were tough because of the heat. A communal water tank had drained empty, and in the 40C heat, being unable to get a drink was horrific, so the drinking water provided by Care4Calais volunteers was particularly important.

Other people in my group met refugees who were being forced to take horrific risks. My friend Tony met a young man from Marrakech who had swum from Morocco to Spain, and walked all the way to Calais.

I also remember the frustration Tahir, a Sudanese refugee who’d been studying medicine on a scholarship in Russia until the war started, at the different arrangements for Ukrainian and non-Ukrainian refugees. (That’s him on the right with me in the picture). He was trying to reach the Uk meet up with his sister in Middlesbrough. “It’s just not right,” he said. “You cannot say this refugee is different to that refugee. You cannot separate them.”

Towards the end of our conversation, I told Mohamad that as he had internet access, he must WhatsApp his mum every day. He shrugged, eyes not lifting from the ground, like any sixteen year old boy being told to call his mother.
He told me he has an uncle waiting in Manchester, and he wanted to go to Glasgow University to read engineering. “I like Glasgow University,” he said. “It is good for me. I can have good life.

It is impossible not to think that if Mohamad had been allowed to make his asylum claim from outside the UK he wouldn’t need to risking his life like this now.

Shame on the hostile environment, I thought later. Shame on immigration rules that deny safe passage.

And respect to the volunteers who help here in Calais.

Because feeding people is not a crime.

Ensuring people have food and water and basic shelter is to be human.

That is not politics. That is humanity.

To volunteer or donate to Care4Calais go to: https://care4calais.org/donate-now