The story of a boy and his broken arm 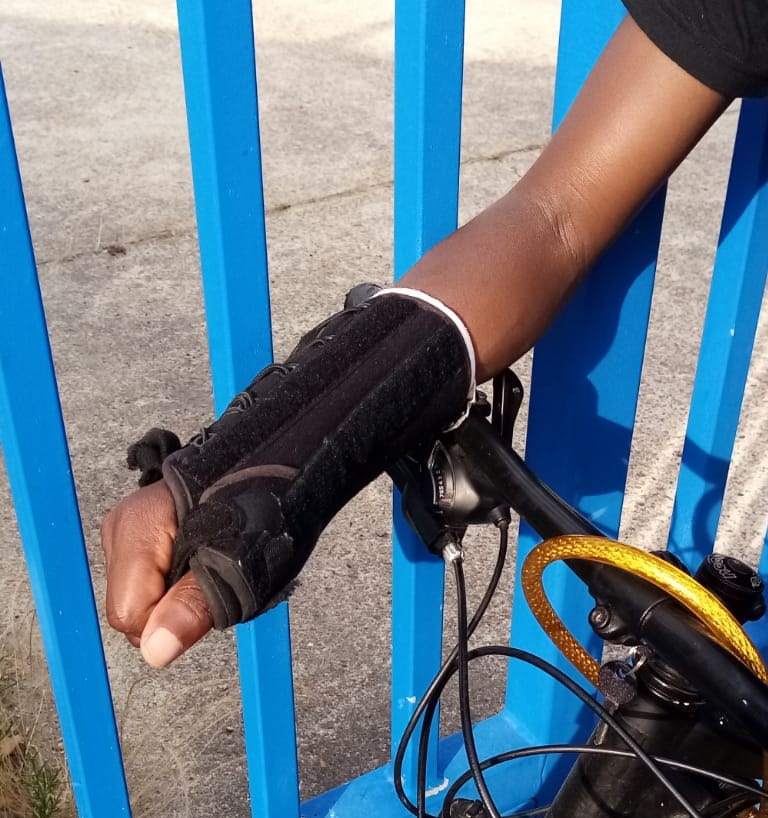 When he was just 13 years old, a young boy – let’s call him Ameen – was captured in Libya on his journey from Sudan to France. They threw him and his brother in jail, where they tortured and beat them. When a bomb fell on the Tripoli prison, his brother didn’t survive. Ameen did, but he was left with a badly broken arm after months of violence. Three years later, it is still broken. This is his story.

What was meant to be a journey to find safety turned into a nightmare of abuse, cruelty and neglect. With a broken arm, Ameen was forced into a dark windowless room by himself, where he was kept for months, given only salty water to drink and a tiny bit of food once a day.

All he had to live on were memories of his brother, who had spent day and night in the prison teaching Ameen English. It is because of his brother that Ameen now speaks better English than most refugees I’ve ever come across – which is why he has been able to share his story with us. For so many others, we’ll never know the true extent of the horrors they faced.

UNHCR would occasionally visit this makeshift Tripoli jail to check on the refugees. One day, they realised they hadn’t seen Ameen for a long time. They started asking questions and, thankfully, managed to break him out. He was in that Libyan prison for more than two years.

I wish I could tell you that he was then taken to France where his arm was cared for and fixed, but that couldn’t be further from the truth. Young Ameen, just a child, had to find a boat willing to take him across the Mediterranean, then had to walk all the way from Italy to France.

Three years later, 16-year-old Ameen is still trapped in France, waiting patiently to be able to reach the UK. His right arm is still broken and he can only move a couple of fingers. It’s been so long that we don’t know whether it can be fixed anymore. Being in the Calais jungle is hard enough when you’re fit and healthy – imagine facing those conditions with a painful, debilitating injury.

During my time volunteering in Calais, I have been utterly heartbroken to find out about Ameen’s story. I’ve tried my best to help him and we’re now really close – I really feel like his mum. I’ll keep him company when I see him, and often let him into my home for a cup of tea and a shower. He is such a sweet, clever child. Just a young teenager who was unlucky enough to be born into a life that I wouldn’t wish on anyone.

I hope one day he will make it to the UK. I’ve asked him what he would like to do when he gets there, and all he can talk about is football! I’ve never met a boy so knowledgeable about English football before. He can name all the players and even plays it well himself, too – even with his broken hand. When he gets to the UK, he would love nothing more than to go to a proper football match. I too dream of the day when I can take him to Old Trafford.

But as long as the border is closed, people like Ameen – broken arm or no broken arm – have to choose between staying in the jungle or risking their lives in the back of lorries or dangerous dinghies. This isn’t supposed to be the world we live in.

You can help thousands of people like Ameen escape dreadful conditions in Libya and take a step towards a safer, happier life. Amnesty International have drafted a template letter which calls for an end to cruel detentions and a stop to migration policies that trap people in Libya. If you do just one thing to support refugees today, please take two minutes to send this letter out to European and Libyan leaders.