The story of Abdulazez Dukhan 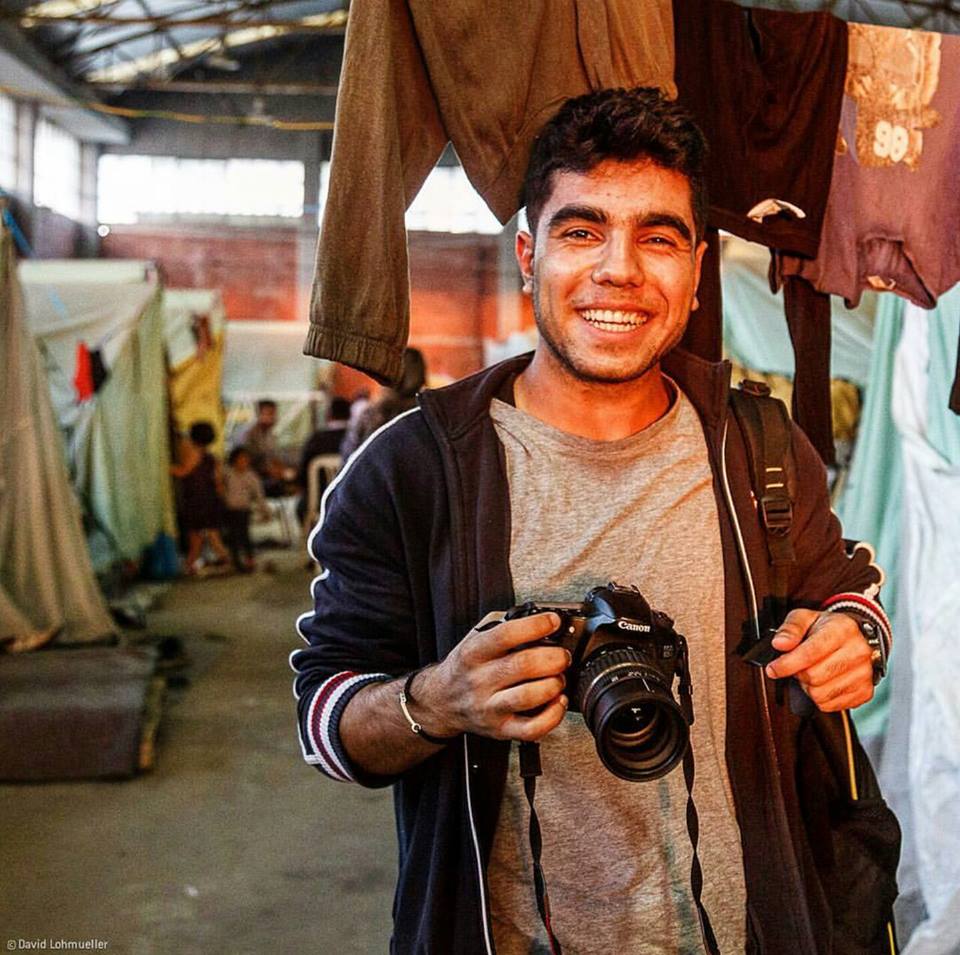 “Three years ago, I was stuck in refugee camps in Greece. I was in Idomini and Eko station camp, which were located around the Greek-Macadonian borders.

For 5 months, I lived in camps with thousands of people. It was here where I decided to stand against the media, most of whom represent us in a negative way. I have seen with my own eyes, journalists waiting the whole day for a fight to start in the camps. It’s only then that they record.

I was one person. I felt weak at first, but then I decided to stand against them, even if I was alone. I made this facebook page, Through Refugee Eyes, and I started writing. I didn’t expect many people to be reading what I wrote, and I was very surprised to see people sharing the stories. I got a camera from volunteer I worked with and this is how I started taking photos. I worked as a volunteer for months to practice my English and to help others.

It took me around a year and a half to be able to leave from there. My story ended and everyone who was with me – either a refugee or volunteer, is somewhere in this world.

I am very grateful that I was able to reach many people and tell them the story of us, as faceless as we were. I am very grateful for being safe today and having my life…But on the other side, I know there are people who currently live what I lived before. I just wish them all the strength in this world. I wish that the media would represent them in the right way, not just as numbers, but real people. Through Refugee Eyes isn’t just page on Facebook, it is my eyes.”

This is the story of Abdulazez Dukhan who runs Through refugee eyes.