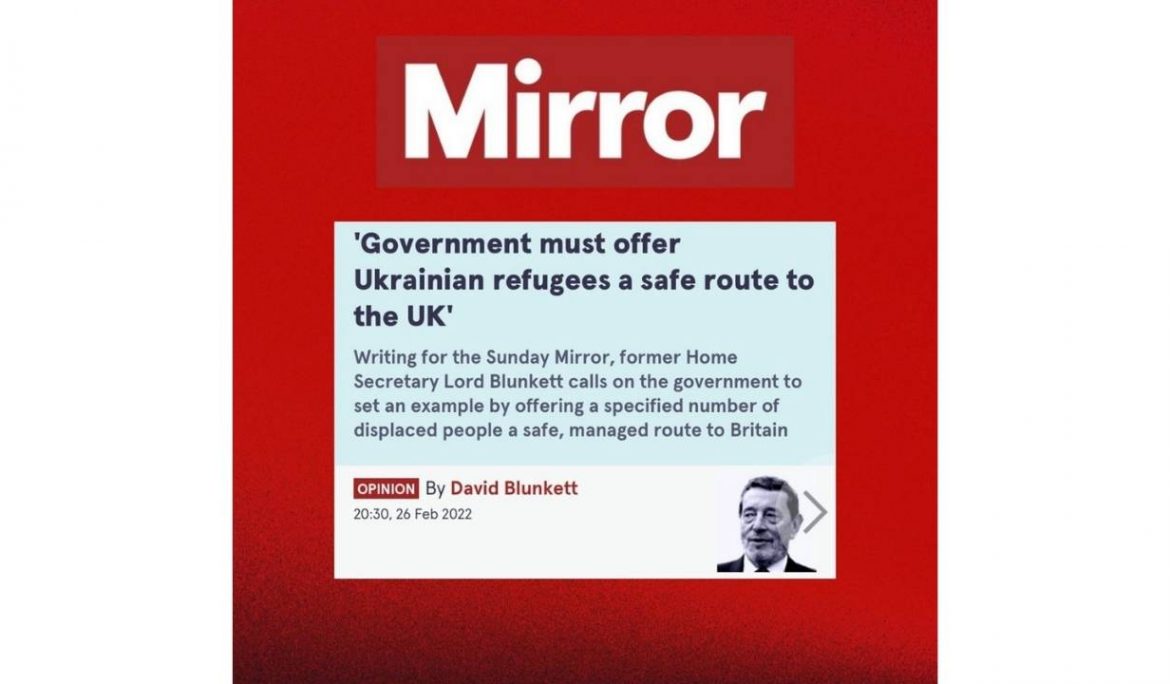 In his piece for the Mirror, David Blunkett says that what is happening, here in Europe, brings home – vividly – the horror of global displacement, which already bedevils so many parts of the globe.

That is why the government’s Nationality and Borders bill, currently in its key stages in its House of Lords, is both irrelevant and in humane in the face of human misery. Outdated, unworkable in many of its proposals and deeply xenophobic in its outlook.

The Bill would remove the right to seek safety unless you have a passport and visa, creating a two-tiered system. Two tiered, in that those who have passports, visas and proper documentation will, bizarrely, be accepted as asylum seekers, whereas those who don’t will be counted as illegals.

But how many Ukrainians will have been able to apply for a visa before they put their belongings in the car, or climbed on a train to reach western Europe?

As we know from the success of the Syrian resettlement scheme, if refugees have access to safe routes, they use them. But both these schemes were ended by the Home Secretary, and no global alternative resettlement programme has been established to replace what existed before.

Just one individual from Iran was offered resettlement in 2020; and last year, despite the conflict in that country regularly making headlines, not a single person was resettled from Yemen.

The solution to this dire state of affairs isn’t rocket science – the fundamental problem is simply that the UK is not taking its share of those in distress.