There’s about 700 people living in the park 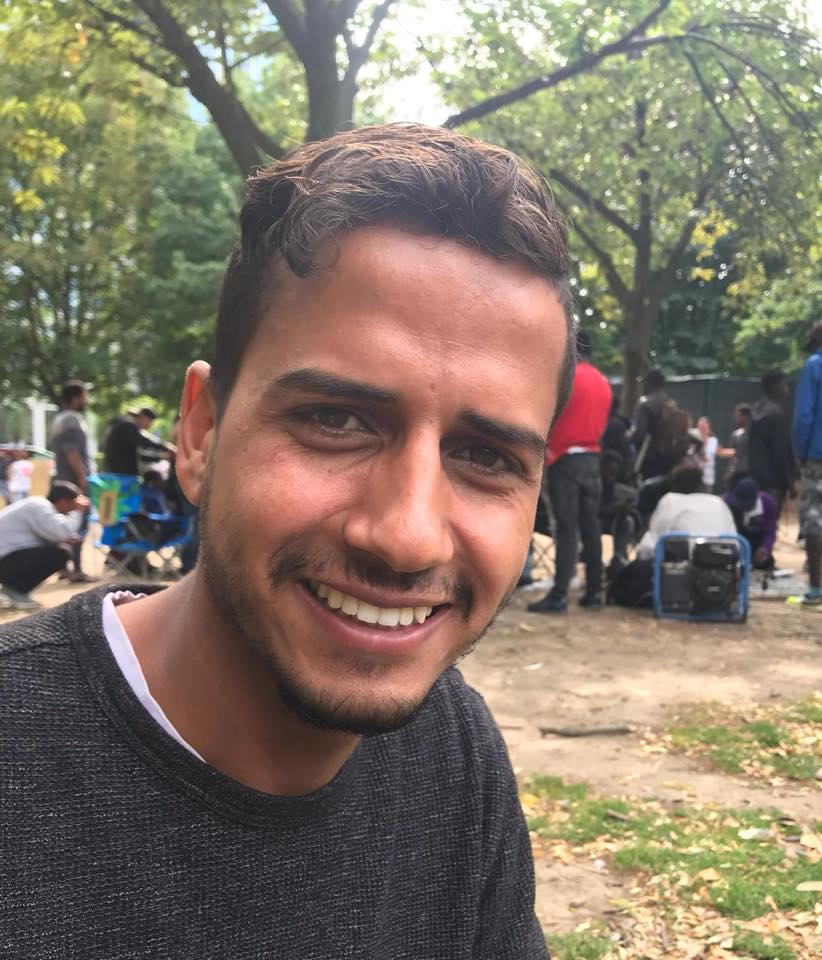 But when you enter the park you’ll find it filled with people who have been pushed to the margins of society. People from the most dangerous countries in the world- Afghanistan, Sudan, South Sudan, Yemen, Egypt, and now West Africa, Mali and The Gambia where corruption and poverty are destroying people’s lives.

There’s about 700 people living in the park. On any afternoon you will find 300 – 400 there. Today we took 350 brand new tracksuits. It’s rare that we can take such high value items and it was fantastic to see them given to those in real need.

Today I met a group of lovely young Egyptians from Luxor. They told me about their lives back home. Mohamed was a painter and decorator, Aziz was a sheep farmer, the younger two worked in chicken factories and Titi worked in a restaurant.

Mohamed tells me, ”I left Egypt because in Egypt there is a military rule, there are no liberties, there is no respect for law and there is no justice. We (the people) elected a civilian president from the people, but the army turned on him and took him from the government and they imprisoned him and killed him. Now we are scared and are not free to earn a living.

I left them sitting on the grass and tree roots in the park, they are not sure where they will sleep tonight but tell me ”not to worry, it’ll be fine”.

To find out how you can volunteer or donate go to https://care4calais.org/get-involved/