The best part of visiting hotels in the UK 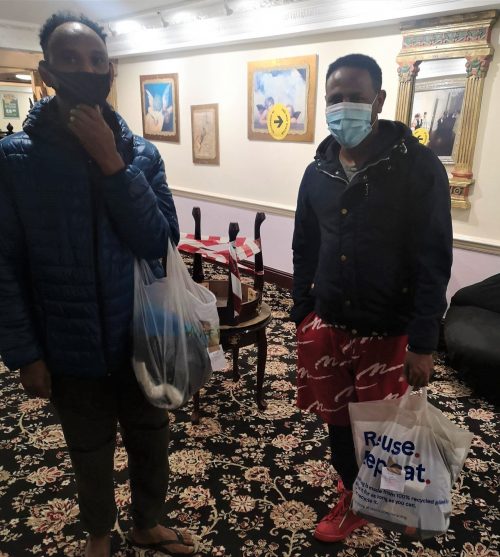 These two guys I met at a hotel in the Midlands share such a beautiful bond. The man on the right is deaf and communicates mainly via foreign sign language, so his friend on the left has stepped up to become his interpreter. Being in a strange new country is daunting enough even if you speak English, so I can’t imagine how tough it must be when you speak in sign – but together they seem to get through most things.

They are two of the memorable people I’ve met in that hotel over the weeks I have been visiting. One of my closest friends there now is a barrister who speaks English and Persian and understands Kurdish. He rarely asks for clothes or shoes – instead he wants to help us out so that he can keep himself occupied. He asks me what he can do locally to keep busy but I never know what to say – lockdown makes everything harder.

Some at the hotel have been luckier. Five young men have enrolled in a local college. Amongst them is an engineer who is studying for a BTEC qualification so he can eventually work in the UK. Two others had just come back from class when I stopped by this week and told me they are studying computer programming. Like the engineer, some of these guys already have degrees but want to refine their skills in the hopes of building a future here.

For me, bonding with new people is the best part of visiting the hotels. You get to meet people from all walks of life, of all ages and cultures, who have so much they want to contribute to this country. I can only hope that the UK will return them the favour by welcoming them for good.

To support refugees in the UK go to care4calais.org/uk