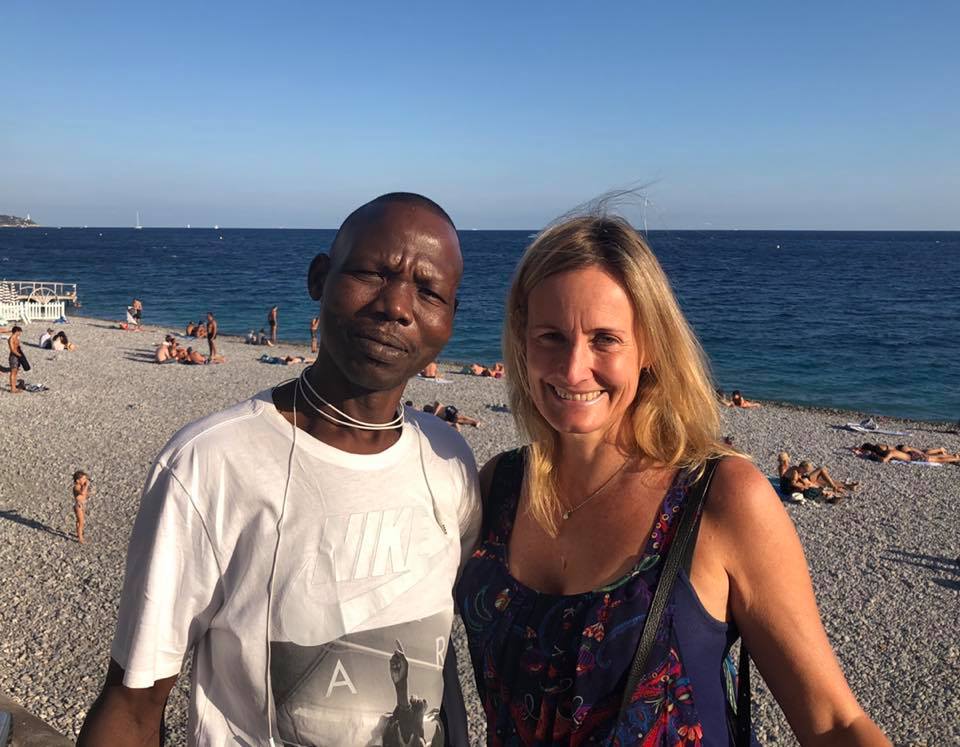 On holiday in the South of France I arranged to meet up with my friend from Sudan. When the Calais Jungle was cleared in October 16 he was transferred to a small village in the French Alps and I have only seen him once since then.

The transfer was difficult for him. The village did not have a diverse community and he was far away from the facilities of a big town. But he has worked hard to integrate, learning French, working diligently on the night shift of a low paying job and putting effort into making friends.

We walked down to see the beach in Nice together, as many tourists do. But the experience of standing facing the Mediterranean was a mixed one. For him it is the first time he has seen it since early 2016 when he crossed the sea from Libya.

He told me of three full days spent in an overloaded inflatable boat with 50 other men, women and children. Of the terrifying height of the waves and how the boat climbed and fell from them. Of how hard it was to stop people panicking and moving around, but this made the boat even more unstable. They had no life jackets, no food and no water for three full days.

They were rescued by an Italian navel craft (how times have changed) and he told me that as soon as they were on the deck most people just lay down and went to sleep as for three days it had been impossible to sleep with the crazy motion of the boat and the massive, scary waves.

For me the Mediterranean is the reason my whole life changed too, though not as drastically as Osman’s. I cannot look at it without knowing that, right now as I watch, people are needlessly drowning somewhere in its blue waters. Every day. Because our society has decided that some people are not important enough to save – even when we have to means to do so.

I understand that fear and misunderstandings, created by the media and politicians, have led to this; but in my heart I cannot accept the fundamental wrongness of how refugees are being treated today. Nowhere is this more clearly evident than in the Mediterranean where human beings are deliberately left to drown.

We decided not to go to the beach, but to go for a walk around the town.