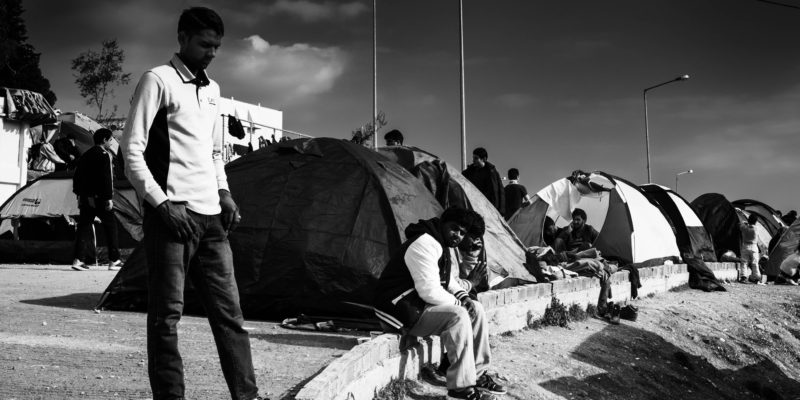 I have to write this. I doubt many will read it or that anyone cares. But I feel sick to the pit of my stomach. Please if you are reading this and you work in any kind of official role that bares any relationship to anything around migration, please please please think about the words on this page. I feel absolutely heartbroken.

I realise that there are so many hideous things that go on in this world, but today I feel beyond devastated. To read of the 80 plus refugees who have been killed in a detention centre near Tripoli…. and all those injured too… It’s beyond heartbreaking. Those people are not from that country and they don’t want to be in it. One way or another, they’ve ended trapped there, in a place that you and me KNOW is like hell on earth for refugees.

And why are they still trapped there? Because that’s our solution. As long as they don’t come here or to anywhere in Europe, let’s sell our souls to the devil and pay the Libyans to keep them there. Every single one detained indefinitely. Tortured. Raped. Sold as slaves. Starved. No medical attention. No daylight. No water. No toilets. Living in their own shit – literally. Men, women and children.

But not just any men, women and children. Men, women and children who are traumatised from what they’ve already been through that made them flee their country to find safety in the first place. Safety. Ha ha ha. Safety. Trapped in an EU funded hell. Trapped in a cycle of torture, abuse and exploitation – making the world’s worst people richer as they make millions through their smuggling rings. Videoing the torture and sending it to their poor families who then beg, borrow and steal to raise the ransom that will hopefully end their loved one’s suffering.

A system that makes the world’s worst people richer and the world’s most vulnerable people – even more vulnerable. And if they try to escape hell through risking their lives on sinking dingies, the EU even fund the corrupt Libyan coastguard to re-capture them and take them back to hell. And if one of the few decent people in all this tries to rescue the refugees from drowning, they get arrested.

But the worst part, and here is my complaint. On top of all this, there is a war in Libya. The UK Home Office grant humanitarian protection to almost all Libyan people who have been in the UK since the war started in their country. Many of the ones I know were here doing masters or PhDs (funded by Ghadaffi’s government). They present to the Home Office and the Home Office usually say ‘yes, you can stay here, no problem’. This is great. I agree, there is a war in their country so they should be allowed to stay. But why on earth would we then pay to fund a system which keeps people who are not from that country, trapped there in a war zone? And even returned back there, if they are found when trying to escape at sea.

This whole thing is wrong on so many levels. But it’s true. I know personally at least 40 Libyans who have recently been granted their status in the last few months. Yet today my friend who is an Eritrean doctor told me that he’d finally been given his interview with the Home Office yesterday after he’d waited 4 years. After 4 years of living in squalor on £36 a week and forbidden from working, he finally got his interview because he had gone to the local MP twice and asked her to ask the Home Office if they can interview him. The whole system is diabolical and anyone who works within it KNOWS that what I’m saying is true.

I have one question… how do you sleep at night? My Eritrean doctor friend said to me today ‘they are just doing their job’ when I expressed my anger at the interview lasting 6 hours with the same old strategy adopted by the Home Office of asking the same question a million times but in different ways – in a deliberate attempt to trip someone up. Make him wait four years to ask him the questions and then expect him to know what colour socks the prison guard was wearing as he tortured him. This is absolutely true by the way – for anyone who doesn’t work for the Home Office. Anyone who does work for the Home Office, you KNOW this is true, don’t you? I wish I had six hours to interview you. I’d ask you the same question a million times but In different ways – to try to trip you up. I’d ask you ‘how do you sleep at night?’ … ‘have you ever needed to take sleeping tablets?’ ….. ‘do you ever need to drink a bottle of vodka before you go to bed so that you can forget what a hideous job you are doing?’

I said to my friend – they choose this job. They know what they are doing is wrong and they don’t quit their job. They are a disgrace. And for those poor defenceless souls who were killed today in a detention centre in the middle of a war zone that WE trapped them in….. May they rest in peace now.

– sent by a volunteer to various politicians and to the Home Office. Well done that lady.