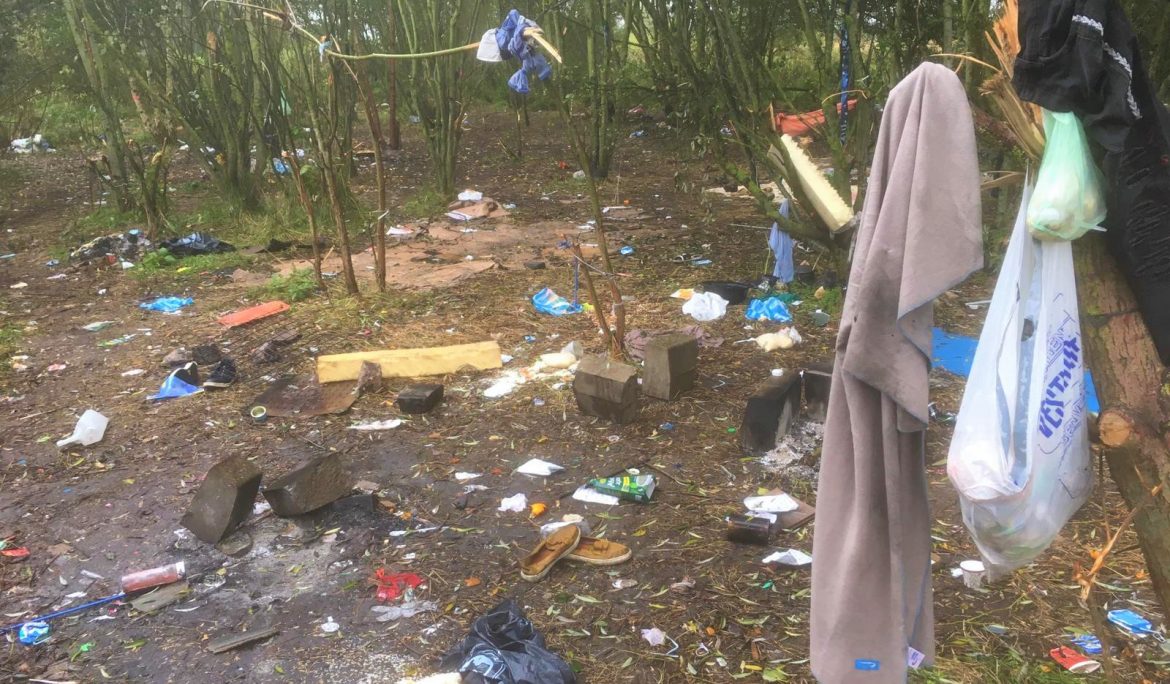 Just three days after Tuesday’s major eviction in Calais refugees have been hit by another shocking police raid. People who were exhausted, stressed and terrified, many having walked for up to 24 hours to return to Calais, were once again woken in the early hours this morning and evicted from the rough ground on which they sleep.

Over the past three days nearly 1,000 people have been evicted from areas around Calais.

This has been combined with an extension to the already controversial ban on food distributions which was imposed in September. This ban has now been extended to cover the Beau-Marais district.

Unlike last time, this extension to the ban was accompanied by a reduction in government food distributions.

These tactics are both cruel and utterly pointless. This does nothing to regularise or control immigration and it won’t work.

This is no way to treat fellow human beings. The refugees in Calais aren’t criminals, they’ve done nothing wrong. They are fleeing unimaginable danger in terrible parts of the world and we should treat them so much better than this.

These continued evictions and reductions in the government food distributions mean we urgently need to give out more food packs. We cannot keep doing this for long without your support. To contribute visit care4calais.org/donate