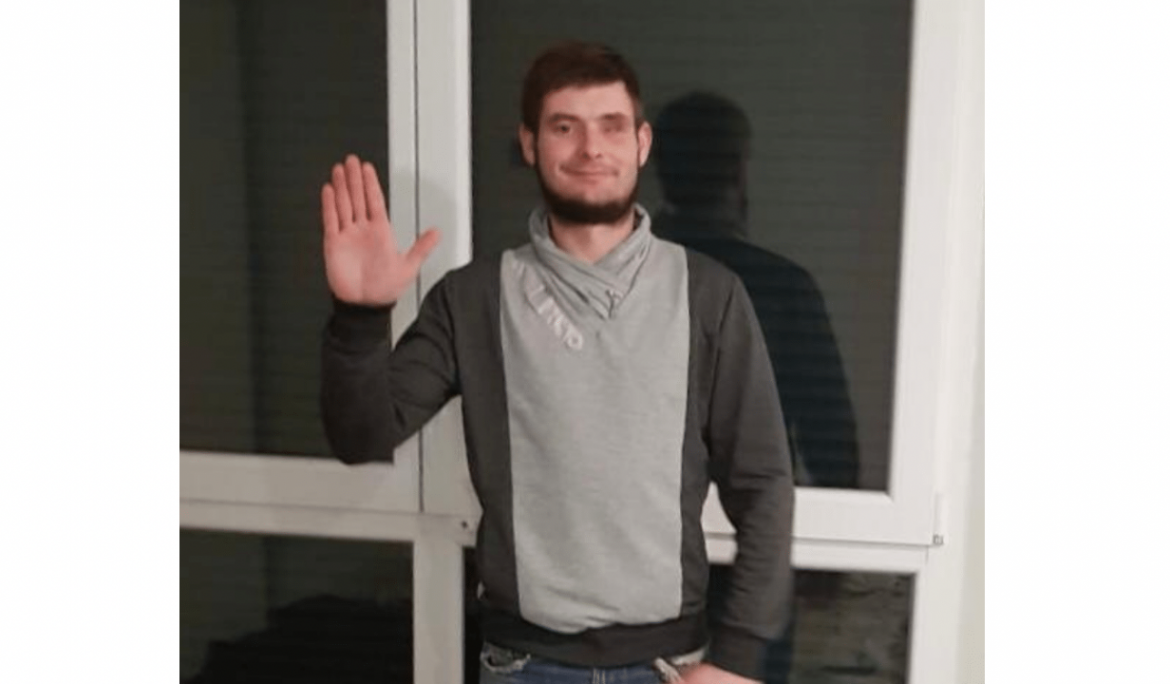 I knew I had to leave as soon as the war started. Things had not been looking good and I knew it wasn’t going to get any better. I think I had known since the 2014 war in Crimea, but I did not expect it on such a massive scale.

My name is Vadim, and I was born in 1986 in Dnepropetrovsk, Ukraine. I lived there all my life and I never had any intention of leaving. Ukraine was a lovely country where everyone was always smiling and happy. It wasn’t perfect, mind, there was a lot of poverty, with I think 40% of the population living below the poverty line. But despite this, people laughed and smiled.  The country was flourishing but now everyone is scared and angry, and I see pain and emptiness in the eyes of my compatriots.

When I was young, about 17, I had an accident. Some boys were bullying another student at school and I tried to stop it. But I was the one who ended up getting hurt. My eye was gouged out and I didn’t have the money to get it treated well. The hospital wanted so much money, but we didn’t have any. I tried very hard and collected the money, but by the time I had the money the hospital said it was too late, and they could not save my eye. So I am registered disabled, and I was allowed to leave Ukraine.

Even with my disability, though, I have always worked, I could not afford to stay at college so I became a brickie – I think that’s what you call it? Anyway I work in construction, mostly laying bricks for buildings.

I got help to get over the Polish border when I left, and then I travelled through Europe. I am in Calais now.

I met Clare from Care4Calais at the Red Cross post in Paris. She was such a compassionate person, I could tell she really wanted to help me when she found out I wanted to go to the UK. So when I was sent to Calais, I got in contact with Care4Calais to help me with my visa. I’m now living in an old people’s residential home until I can find a new home in the UK.

I do not have family there so I need to find a host. I am looking forward to getting a job and living with dignity. I wanted to go to the UK as I think it is much easier to integrate socially there. My parents are divorced, but when the war started they travelled to Germany together.

I really don’t mind where I go. I think the city is good for jobs, but the country would be good for my soul and for my health. So I should probably go to a city but I will be happy just to have a space to live. It’s quite hard to think about the future now when my home is being destroyed. I’m not afraid of work you know! I have always worked in construction, sometimes for months without getting paid.

What was my life like three weeks ago? Just like normal. I listened to my music and read books and watched films. I used to go running with my dog – he was a gorgeous red Labrador called Boss. I love dogs. Sadly he died before the war started.  I think he was poisoned. I would love to get another dog in the UK.

I like the Sherlock Holmes books, but I like the films too – the old ones. Did you know Doyle based the idea of Sherlock on himself? He was also a participant in the Indian campaign and had an addiction to opium and also could not play the violin. Sherlock like to think he could play the violin!

I don’t think I will go back to Ukraine. The war is accelerating this and my country is in ruins. It should never have happened and I don’t know how it will end… Putin will not give up, and it will become like another Yugoslavia. I love Conan Doyle, and as he wrote in his novel Sir Nigel, I will remain.

To volunteer or  to Care4Calais, got to care4calais.org