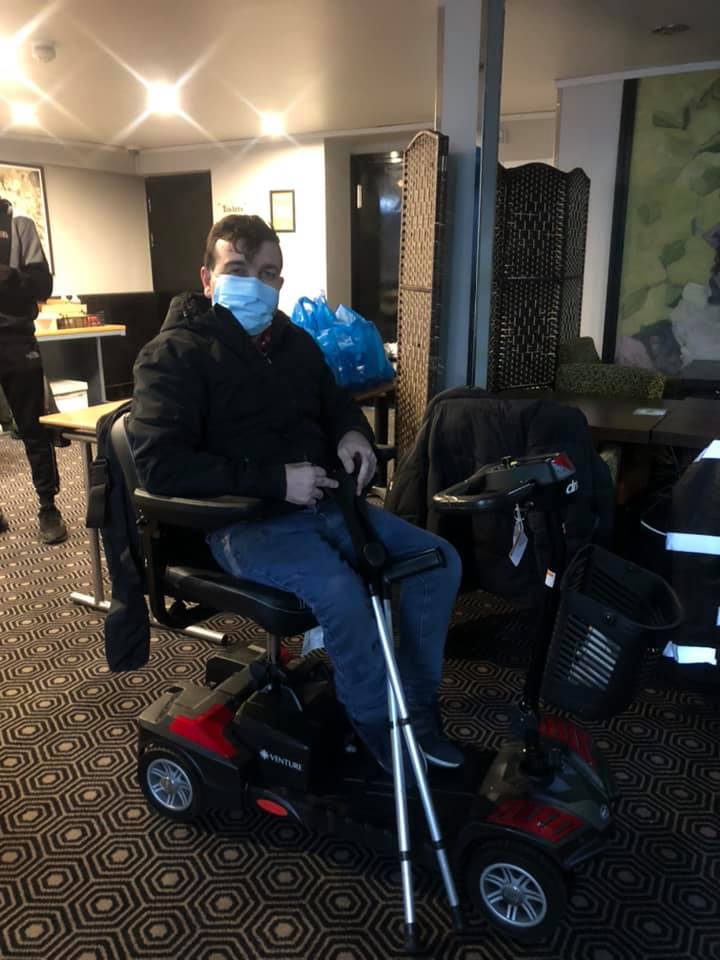 ‘D is from Iran and arrived in the UK to escape persecution. He’s had a life long illness which has left him without function in one leg. He has also sustained multiple fractures, most recently in an accident in Calais prior to his arrival in the UK.

He was suffering a lot as very limited by how far he could move around with crutches.

We set up the fundraiser and were able to get an amazing £1150 in just one month. I went with D to choose the scooter. He’s thrilled and really bowled over by the public’s generosity – he’s been in the UK since September and so far no organisations had actually procured a mobility scooter for him, despite multiple phone calls and visits.

The surplus money from the fundraiser will go to other items for asylum seekers in our local area, primarily for scarcer items that don’t get donated as much such as laptops and mobile phones.

It’s been hard in Reading at the moment due to concerns about the quality of conditions and food provisions at the hotel for asylum seekers. Many hotel residents took part in a food strike. Being able to provide something that has made such a huge difference to D’s life has been such a positive experience.’ – Millie, Care4Calais (U.K.)

To volunteer for Care4Calais in the UK, email [email protected]