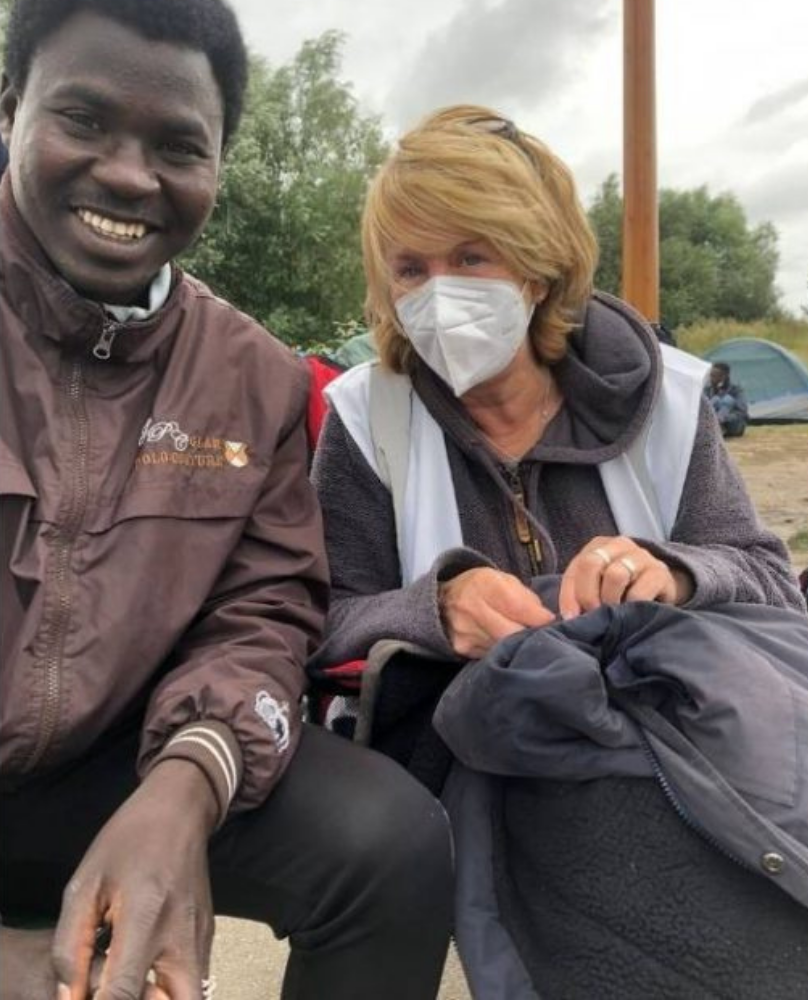 Today in Calais I had an amazing and moving conversation with a refugee. He reminded me of why we do what we do with Care4Calais – and how much I admire the people we help.

It was just after we had done the daily distribution of food and clothing. A Sudanese guy called Sajone came over and sat with me, and together we untangled jumbled reels of cotton, and then he helped me with the sewing.

I mended a torn coat while he repaired his only pair of shoes. And as we sewed we chatted. It was a normal, everyday scene in some ways, except our conversation was far from what you’d call everyday.

For a start, we were sitting by the side of the road on a grass verge in an unauthorised settlement of several hundred refugees in Calais.

Sajone, who is in his early twenties, told me how he’d had to flee from Sudan to avoid fighting in the war. He didn’t believe the religious leaders when they promised him that if he died fighting, he would go to paradise.

He made a tortuous journey to Libya where he suffered repeatedly at the hands of corrupt officials, border guards, smugglers and slavers. He worked hard, but again and again he saved up money to buy his freedom, only to lose it. He told me how he was held up at gunpoint, but managed to negotiate his way out of the situation.

His English was near-perfect. He explained that this was because in primary school his teachers were very strict. He had been determined never to get an answer wrong because he didn’t want to be punished.

His stories were harrowing but entertaining and he talked with good humour and enormous hope for the future. He was happy with the brand new shorts we gave out in the distribution, even though he had no tent, no sleeping bag and no blankets.

As I departed to go back to my comfortable airbnb, he was left to sleep in the open. But I knew he will keep trying by whatever means he can.

I never cease to feel amazed and humbled at the resourcefulness and resilience of these men. We should be welcoming Sajone (and the friends he calls his “brothers”) to the UK. Make no mistake – he would be a fine addition to any community.