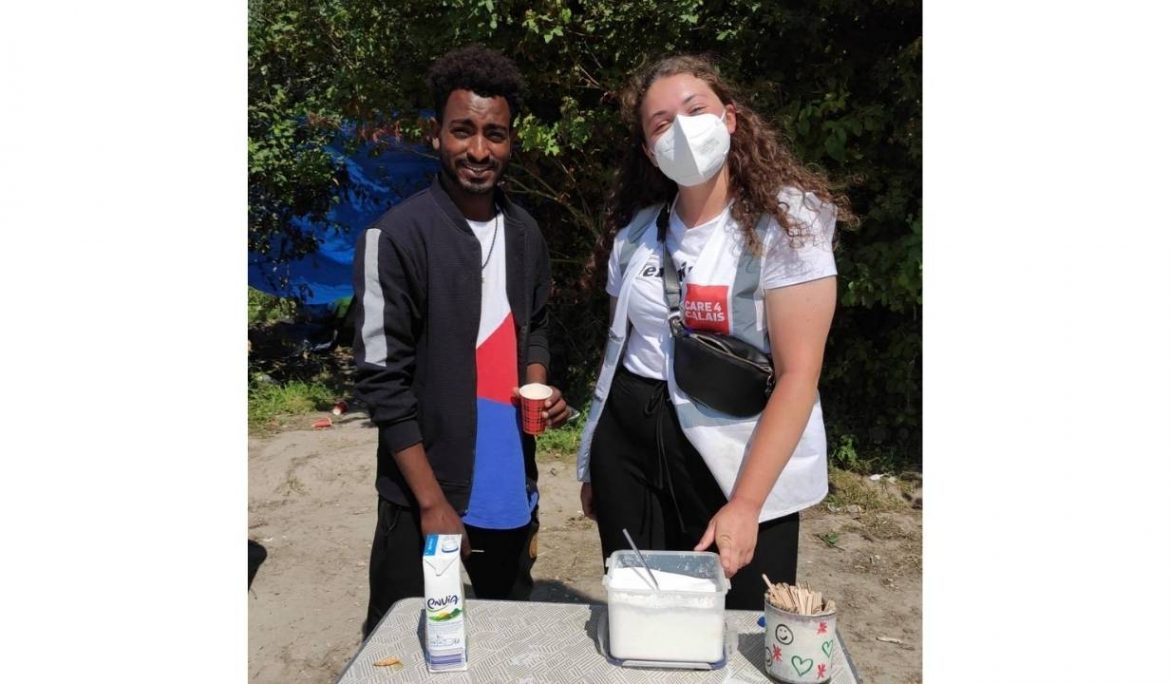 Usually when I catch them, they slink good naturedly out of the line, but occasionally someone can be stubborn and insist they have not been before. It used to make me cross, that someone would try to take more than their fair share, but the team here showed me how to see things from the refugee’s perspective.

-If you have nothing, you’ve slept in the open and possibly got soaked or chased by the police and things are in short supply, and you’re not likely to get anything more any time soon, you’re going to try and get as much as you can. Or maybe back home you had money to buy what you needed but here you must rely on the charity of strangers. It’s disempowering and hurtful and maybe you just want to make a protest.

But the point is, you have to put yourself in the refugee’s shoes and feel what they feel, see what they see and hear what they hear. Then maybe you can just begin to understand what it is to be a refugee. It’s actually not such an easy skill.

I have earned to be a listening ear, to absorb the pain and hurt the refugees feel and to not take it personally, that can be hard but it’s a necessary part of being here. And once you can do this the job is more meaningful than ever.

I’m actually from Paris, I just finished my degree in International Critical Science and I wanted to know more about the refugee crisis. In France we all know there are refugees here but they are not in the media anymore, so after a web search I found Care4Calais and decided to join them.

Care4Calais is important for me because it teaches you all the sides of the story, the refugees, the warehouse process, the donations, try to claim asylum  and the police. You have to be become very adaptable as things can change at a minute’s notice. I am always trying to be focused on my task, on how to help people and to find new ways of helping people by looking closely at what they really need. I have learned a lot about my country’s response to the crisis and what a muddle it all is.

But it’s not just clothes and shoes they need, it’s the services we provide, the music, the laughter and the games. I love to see the humanity and joy shine out when we all interact and see how it should be. I am so humbled when the refugees thank us for this, they are so grateful and chat with us, talk and laugh.

Very rarely do I hear complaints, in fact the other day I was at a small site called BMX and it was pouring down, I mean really soaking rain and we all just stood there, refugees and volunteers alike, we finished our jobs and then we continued to chat. No one was complaining, especially not the refugees who would have to go back to their shelters with not much chance of getting dry that night. Their resilience astonishes me.

The CRS shock me, I’m French but I have never seen the CRS so many times in one month! They are really riot police and maybe I have seen them four times before I came to Calais. Now I see them everyday and sometimes so many. I’m pretty sure they don’t behave like this in other parts of France, I have heard though that they only do three weeks duty and then they are transferred out. That’s sounds probable, as how can someone behave like that for longer, especially when they get to know their victims. I think it is to keep the refugees faceless and not a real person.

After you watch an eviction and you give out new tents or sleeping bags knowing that they’ll also be gone in a week. You realize how cruel the System is and there has to be a better way. It’s a vicious cycle that’s designed to destroy the spirits of volunteers and refugees.

But that’s not going to happen.

Care4Calais won’t let it, as long as there are refugees in Calais the volunteers will be out there with the refugees every day.

We need your help too, please donate at Care4Calais.org, we’ll need more tents for winter and your donations will keep someone dry at night.

To support our work go to Care4Calais.org/donate 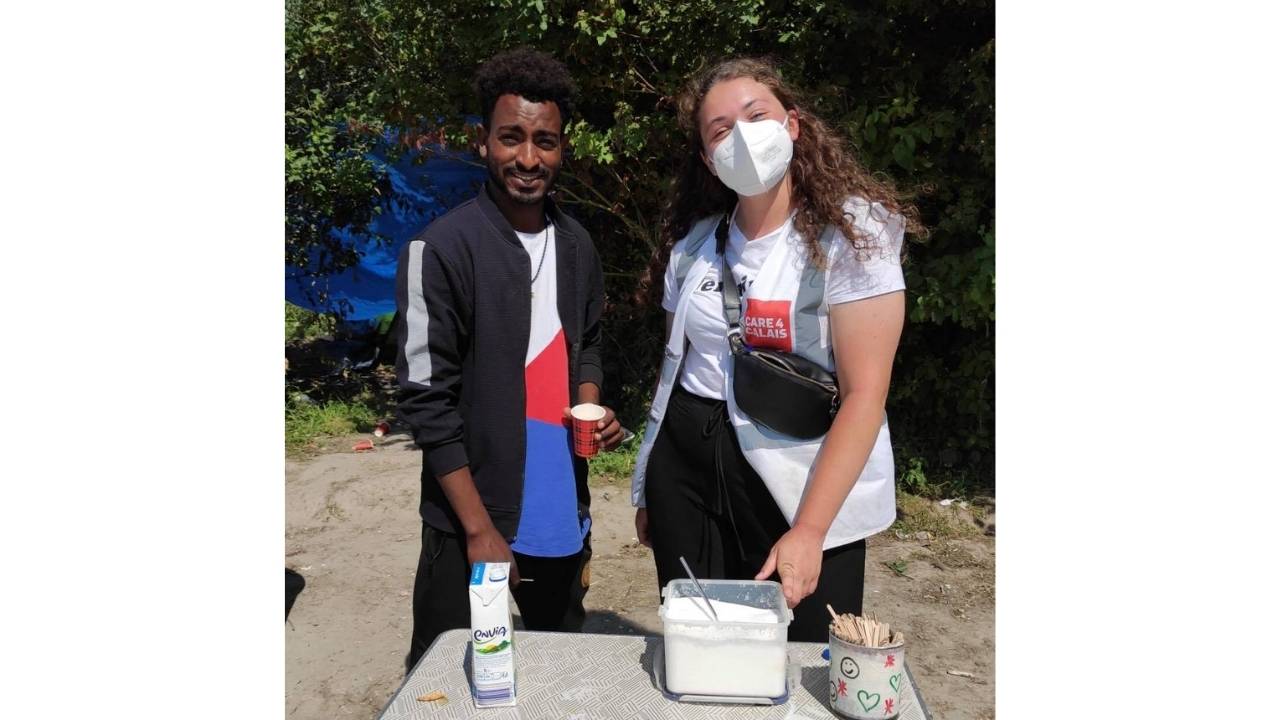