‘Volunteering with Care4Calais is a form of protest for me’ 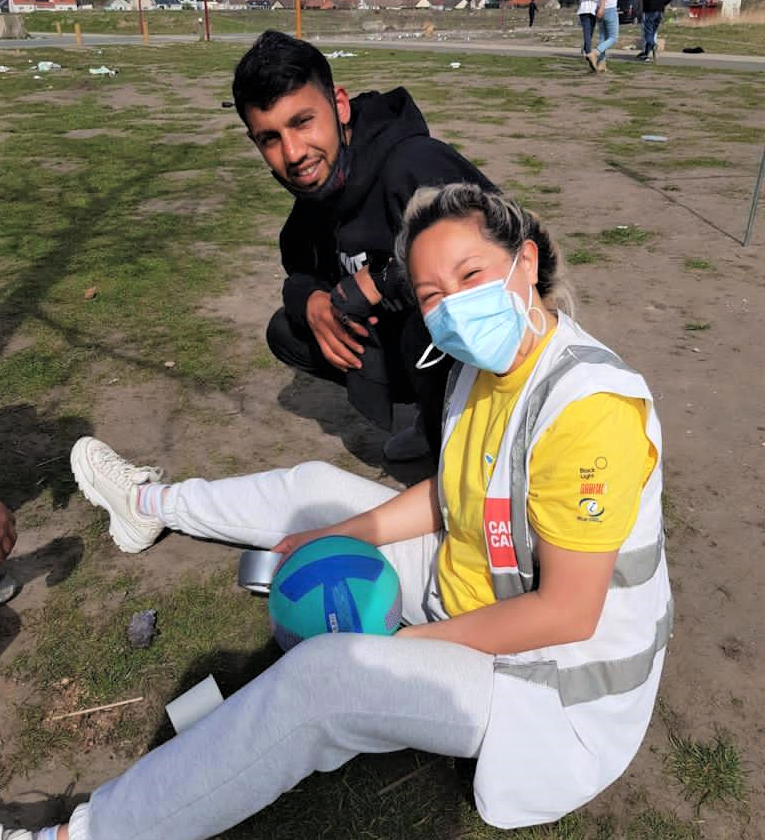 ‘No one ever tells you how cold and windy it can get in Calais. After particularly cold nights, I can see it in the eyes of the refugees. They look so tired because they couldn’t sleep that night with just their tents for shelter. Thankfully, this week the weather’s been nicer. We’ve been able to play more outdoor games whilst volunteering, like cricket.

Whilst playing, a new friend from Afghanistan, a particularly skilled player, taught me how to improve my batting and bowling technique. Unfortunately, he had to flee from the Taliban and the conflict in his country. Cricket has always been so important to him and his friends. Life here can be isolating and he misses his friends. So playing games like this with volunteers and other refugees means a lot. It’s his passion and it provides some normality for him. He thanked me for being there. I think the guys were impressed with my skills, and loved it when I caught people out! It was just like playing in the park with my friends in London.

But this wasn’t just a game. There were different ages and different ethnicities. We all had different backgrounds with unequal privileges and opportunities. But for a brief period, we became equal. It felt like we were all carefree and happy, just playing. We all laughed and couldn’t stop smiling. It was a warming, but also a heartbreaking moment that I’ll never forget.

After the game, another man said that his biggest fear is not seeing his mum again. ‘I don’t want anything from life, I don’t want to be rich, I just want a normal life and I want to see her. I think about her everyday’, he said. I couldn’t stop thinking about this on the way back home. But I also couldn’t stop thinking about his positivity. All the young men playing were so resilient despite being separated from their families and not knowing when they’ll be able to see them again. They are so kind and happy, despite having to risk their lives trying to cross to the UK (only a minority of worldwide refugees aim for the UK, but these are the ones we meet in Calais).

I didn’t think a game of cricket could mean so much. I couldn’t imagine how important it could be. So much is out of our control. One person alone cannot change the lives of refugees in Northern France. But playing and enjoying this moment with them created friendship and solidarity. Their energy gave me hope that things will change here.

After making friends with refugees, I have learned about their countries’ histories. I think the UK should be a more welcoming place for refugees and take more responsibility to help since we contribute to the problems that have forced them to flee. I’ve always been really passionate about human rights. Volunteering with Care4Calais is a form of protest for me. It’s stepping in where our governments won’t. It’s a way to help and show solidarity at a time that feels like the world is ignoring refugees.

I know one game of cricket won’t change the world, but the time and care we give people here makes a difference. I will take their determination and strength back home with me. I’m really going to miss all the guys, but I’ll definitely be volunteering with Care4Calais back in the UK. I’ll remember and learn from my experiences for the rest of my life, and keep campaigning for refugee rights. It’s been life-changing.’ – Josie, Care4Calais volunteer.