Volunteers and supporters across the UK #StandWithNapier 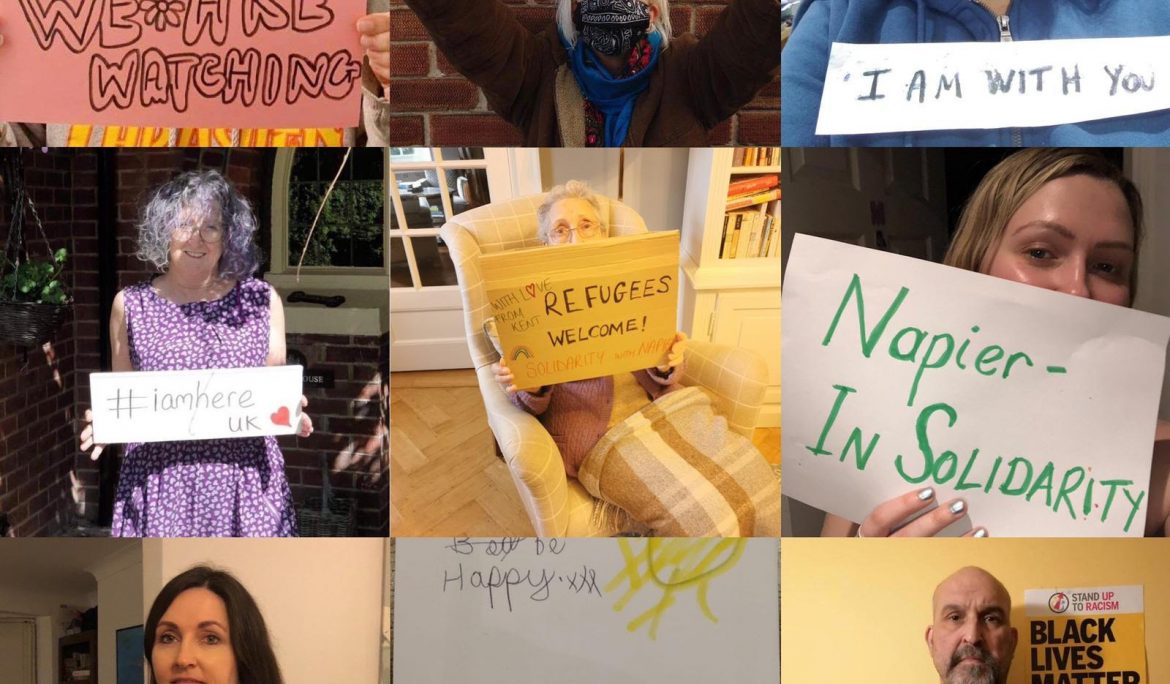 The last few weeks have been hard for residents of Napier Barracks but yesterday, for the first time, we got some happier messages from them – thanks to you!

Individually, with family and friends, and in groups, supporters from across the U.K are standing in solidarity. The crew of the Iuventa who went to sea to save thousands of lives in the Mediterranean; our friends at Radio Calais; Newham and Hackney Stand Up To Racism; Extinction Rebellion in Brighton and York, and many more.

But the one the guys at Napier love the most? Their reaction to the picture of Catherine, aged 83, with the blanket on her knee, was one of overwhelming love and respect. They don’t know it but she emigrated to the UK from Ireland herself and worked all her life as a nurse in the NHS. She’s always looked out for vulnerable people and led a series of protests in the 70s, including a sit in lasting several weeks to keep hospitals open in the London borough of Hounslow.

Post your images on social media, or send them to us directly, to pass to the residents, and let them know that all over the U.K. people who care for them will #StandWithNapier – use the hashtag to show your support!