Volunteers deliver 2000kg of dates to asylum seekers for Ramadan 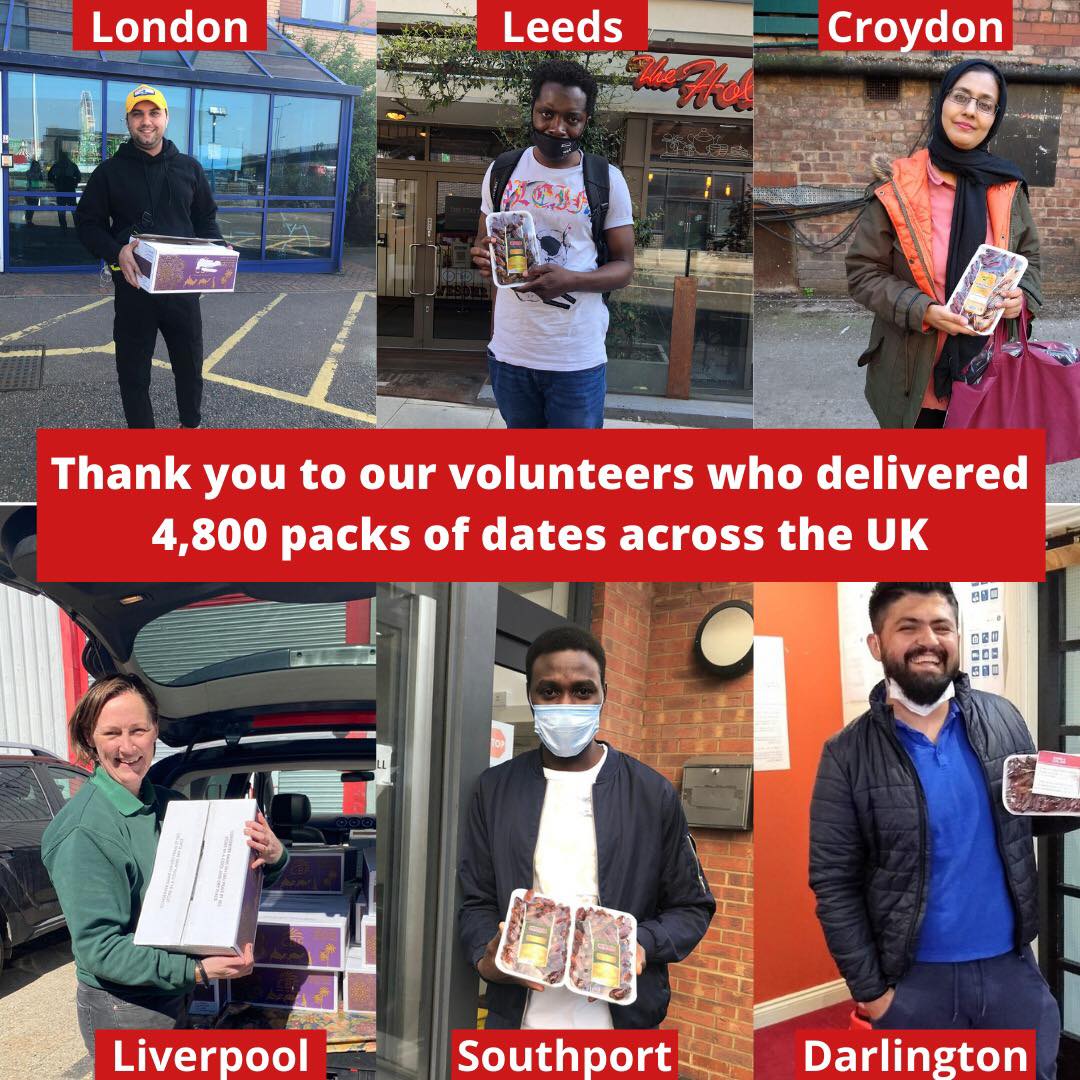 2,000kg of dates
85 volunteers
23 locations
Some generous donors
So many happy refugees!

“There were a couple of days where I thought, ‘Oh, I don’t think this is going to get to the right place in time…'” Kelly had a whopping 2,000kg of dates to get to 23 locations around Britain in just ten days.

“A lot of asylum seekers are used to breaking fast for Ramadan with dates,” she explains. “They’re in a strange country with strange customs, so we were trying to find something to make them feel at home.” Kelly, a new volunteer, was in charge of getting these dates to refugees across the UK.

“We had such a small window between purchasing them and getting them to all the different hotels and dispersal accommodations,” says Kelly. “Our volunteers from Leeds, Liverpool, and Yorkshire to Manchester had to collect their dates, and then all the London groups had to go to Leighton to pick up theirs. We had a couple of places that couldn’t collect, so I collected them myself and they’re being collected from me.”

But we did it.

“Without the hard work of all our volunteers, nothing would have been picked up,” says Kelly. “You had volunteers from all across the UK picking up dates for Ramadan and getting them to people who needed them most – which was no mean feat. People really went out of their way, delivering them on bicycles, sharing cars. Everyone went above and beyond anything I thought they would do. As a community, it was quite amazing that, throughout the UK, we’ve managed to do what we set out to do. Community-wise, it was absolutely fantastic.”

“It’s been wonderful to see all the feedback from refugees,” she says. “They were really excited, not just for the dates, but that we were trying to do something to make them feel at home. They took photos of us distributing them to show people back home to say, ‘Look, they’re really trying. We’re in England, we made it, and people are really coming together to help us.’ It was nice to see them send photos back to reassure their families that we’re trying to make things easier in some small way. So hopefully we can do it every year.”

To suport our work go to Care4Calais.org/donate