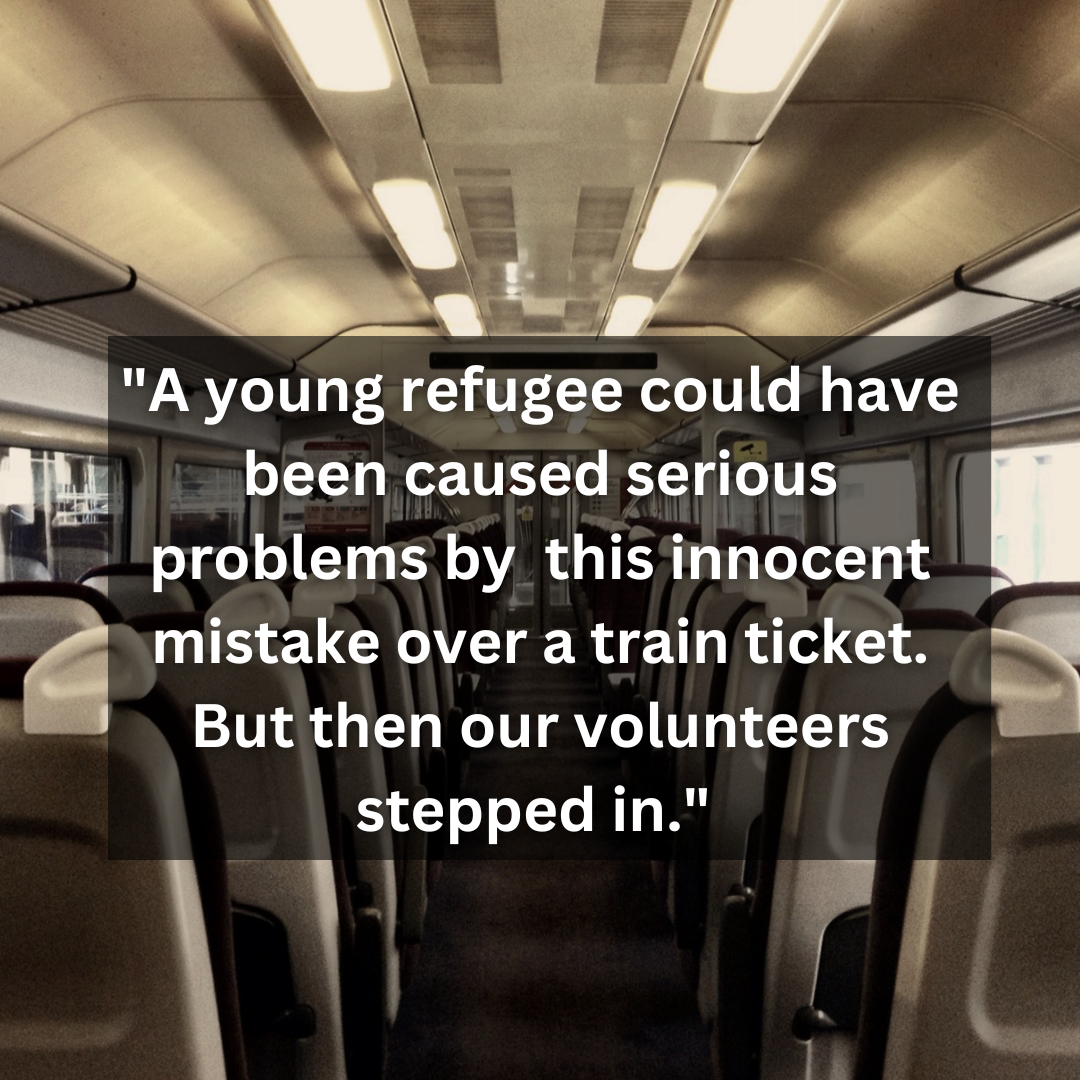 D, a young refugee, was travelling to London by train for his main interview with the Home Office when he got pulled up by a ticket inspector.

D had thought his Great Northern & Thameslink ticket would let him travel on London North Eastern trains – an easy enough mistake for anyone to make, let alone a refugee on the way to one of the most nerve-racking experiences of his life. The inspector refused to let him off though, and D found himself landed with a £62.90 fine.

That’s £62.90 for a journey that should only have cost about £20. On the meagre amount an asylum seeker receives in the UK, it just wouldn’t be possible to pay the fine, so you can imagine the anxiety D must have felt. Kirstie, one of our brilliant volunteers tried to appeal for him, explaining it had been an innocent mistake, but the cold-hearted authorities still refused to budge.

So this young refugee could have been caused serious problems by his innocent mistake over a train ticket. But then our volunteers stepped in

Kirstie appealed to our Care4Calais volunteer group on Facebook – and it took just 20 minutes to raise the money. This was a brilliant demonstration of how amazing our volunteers are, and of how powerful they are as a group of compassionate people working together. A big festive thank you to all those who helped.