Duvets and tents taken to Paris after mass eviction 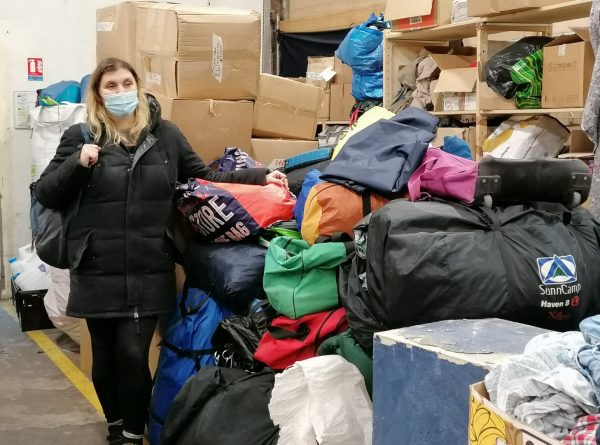 Last night we drove to Paris with a van packed full of winter supplies following the dreadful news of mass evictions a few days ago. We first went to drop off tents, duvets and warm clothes to the incredible Danika who will distribute them to hundreds of refugees in the capital.

Thanks to your generous donations we were able to take boxes full of winter clothes and around 70 tents and duvets to help keep many people in Paris warm. Danika told us these are very needed right now because many refugees there are still wearing thin jackets or using blankets as coats.

After unloading everything we grabbed as many duvets as we could and went to Porte d’Aubervilliers. When we arrived there were around a dozen kids, some as young as 4, all gathered under a blanket. They go there every night hoping to find shelter. It was heartbreaking to see.

We helped as many people as we could, but it wasn’t easy because everyone is dispersed across the city after last week’s brutal destruction of their settlement. Danika said this eviction was the worst one yet. Authorities destroyed the tents of almost a thousand people, leaving them with nowhere to go and nothing to eat.

But then, after heading back to our hotel, we heard some awful news. Hundreds of refugees who had set up a makeshift camp in central Paris to protest last week’s eviction were violently thrown out. Police were filmed tipping people out of their tents, slamming riot shields into them, and using tear gas and truncheons to attack both refugees and journalists. Yet more tents were destroyed and many more people brutalised.

The violence used was unforgivable – the people we met were not a threat and did not deserve such harsh treatment.

To help us keep providing warmth and shelter to refugees sleeping rough in France, go to care4calais.org/donate