Want to help refugees in the UK? Here’s how 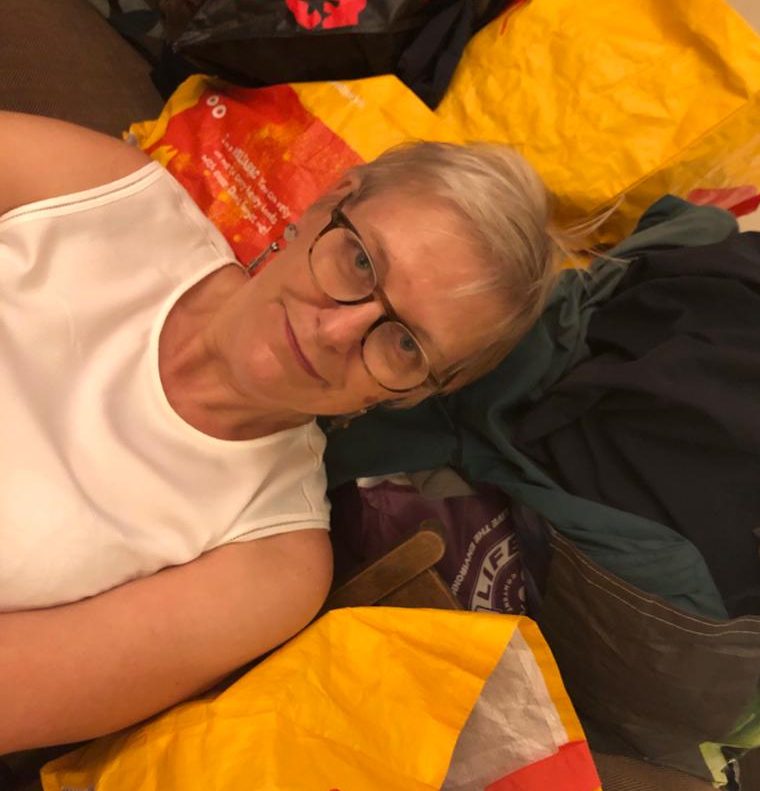 A few weeks ago I found out that there were people living in desperately lonely conditions just a few miles away from my own house. Refugees stuck for months in hotels with no money, no clothes and not even a friend to talk to. I decided I wanted to help. But there was one little problem: I had no idea where to start.

Fast-forward to now and this is a photo of my living room – there are so many bags of donations I can barely see the floor!

It was easier than I imagined getting involved. I got in touch with Care4Calais and was added to a local volunteering group in my area, where I started to read about the issues people were having. That’s when I realised how deep the problem runs. So many people had nothing to wear except for what they crossed the Channel in. Many had lost their phones – their only way to talk to family, doctors and lawyers. Some didn’t even have shoes.

Some requests were basic, like a man who needed socks, and others more complex, like someone looking for mental health support. Then one popped up that caught my eye: a man near me needed clothes. I can help with that, I thought.

I phoned him up and we agreed to meet at his hotel. He was from Sudan and had crossed the Channel in a little rowing boat. He had almost nothing and had to share a phone between a large group of people.

He’d been at the hotel for two months already. Great as that might sound, for a young person to be wasting away in a place where they have no access to anything is tough. They can’t go out as they don’t have money for the bus. They can’t top up their phone. They can’t even buy a winter coat. After risking it all to get here, they arrive to find their lives are totally on hold.

I returned to the hotel a few days later with my son and loads of bags full of all the clothes we could find. The residents were so polite and charming – they were concerned for everybody there, not just themselves. That day we discovered there were around 60 people there, including seven women and six children.

Then I got worried. How could we possibly cope with this? I’d already raided all the wardrobes in the house. So we decided to try other routes. My son set up an online fundraiser, and two lovely friends contacted different community groups who might help. Another friend knew someone who worked for a shoe manufacturer and explored that route. Members of my family have pitched in to sort out clothes and distribute them at the hotel.

Our first distribution went great. We chatted to lots of people. Kids who were delighted to receive books, toys and Arsenal shirts. Young men who needed rucksacks and bikes to get to college. We even helped a man who was granted leave to remain but has no money and nowhere to go in 10 days.

Let me tell you: it was hard work, but not impossible. People have been astoundingly generous. We’ve raised almost £1,200 and my living room is quickly filling up with bags of good-quality, clean, sensible clothes. At a time when the far right is making so much unpleasant noise, friends and neighbours have been only too happy to be able to contribute to something positive.

We can’t change hostile environment policies, but we can make our immediate surroundings feel less hostile. We can make them feel welcome, one person at a time. Don’t be put off thinking it’s too hard. Help will come. Just take the first step.

— written by Clare Paterson, a volunteer