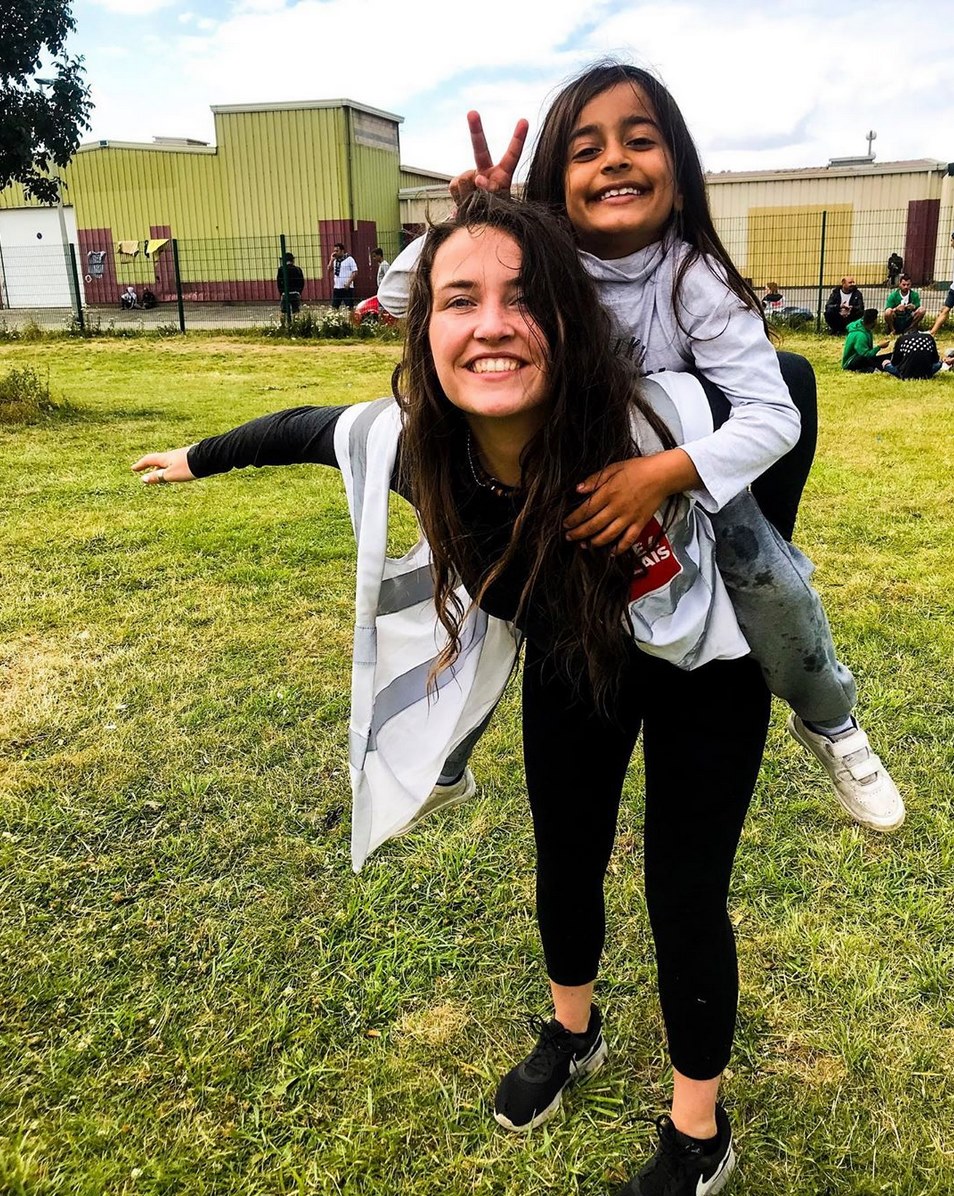 “We met two Iraqi sisters, 10 and 12 who had been in Dunkirk for 10 months. They had left Iraq with their Mother, Sister and Brother who were 1 and 2 years old, respectively. They weren’t sure why they had to leave, they didn’t know where they were going or if they would see their Father again. They walked, every day for a year “from Iraq to Turkey, Bulgaria, Macedonia, Albania, Montenegro, Bosnia, Croatia, Slovenia, Italy and France,” they recited. Their Brother was only one year old, so their Mother carried him the whole way. They once walked for three days non-stop. They went without food, water and shelter. ⠀
⠀⠀⠀⠀⠀⠀⠀⠀
We asked them if they missed their friends, they said they didn’t have any. “What about your home?” we asked. “We don’t have a home” they said matter-of-factly. ⠀⠀⠀⠀⠀⠀
⠀⠀⠀
They had tried to get to the UK once since being in France. They were on a boat crossing the Channel, along with their Mother, siblings and other people. The boat capsized not too far from shore. The five men on the boat were able to swim and swam back to shore, leaving them with their Mother and young siblings. They were lucky to have been rescued and even luckier to be alive. The image of three year old Alan Kurdi’s small lifeless body, washed up on a Turkish beach four years ago sprang to mind. ⠀⠀
⠀⠀⠀⠀⠀⠀⠀
Looking around the camp, there were scores and scores of seemingly carefree children; running, laughing and playing with volunteers. Four years on from Alan and life is no better for child refugees in Europe. Seeing such wide smiles on faces that had so much to cry about was indescribable. It was hard to leave but we left with the resolve to do everything within our power to help. And you can too. If you would like to get involved or come with us next time, please get in touch, there are lots of ways you can help.”

Story and photos from the wonderful Boss Babes Collective – thank you so much for coming to Calais again and doing so much to help.