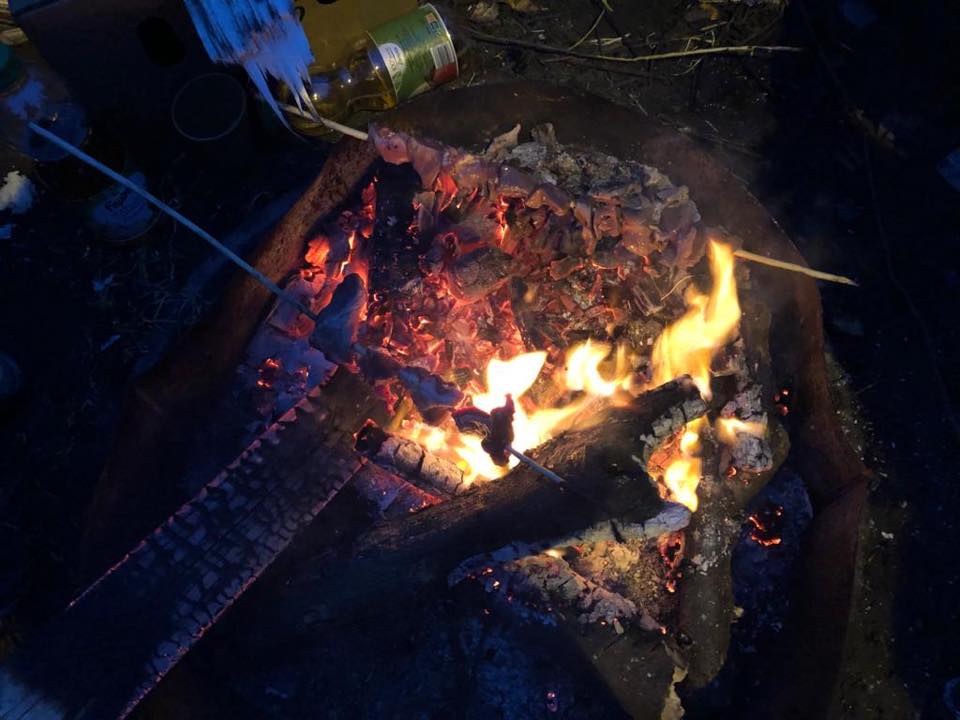 In Calais, many refugees have been observing Ramadan. Ameen has been taking part in the fast for more than a decade, since he was 13 years old. As a child in Sudan, his parents taught him how to fast properly and the meaning behind the practice.

As a boy, the first thing Ameen would do after the daily fast ended was rush to the kitchen to have a drink of water to quench his thirst. But now, the difficult part is making sure that there is something available to eat when the sun goes down.

This is a particularly disheartening experience for someone like Ameen, who loves to cook but can no longer pick and choose what he’ll be breaking his fast with.

While we chatted, he invited me to try fasting for just a day to see what it was like, but warned me that I wouldn’t find it easy: his friend, another refugee living in Calais, had tried to fast with him – but at around midday, Ameen caught him drinking water in secret!

To keep themselves busy druing the fast, Ameen and his friends will walk around the city, trying not to think about food too much. It’s tough in the French summer, when the sun goes down hours later than in Sudan. But as a refugee trapped in a life of uncertainty, this is hardly Ameen’s biggest problem right now.

To help others like Ameen break their fast with a nutritious meal, consider making a donation to buy food. Just £10 already buys a food pack to feed a family for four days. Click here to donate.