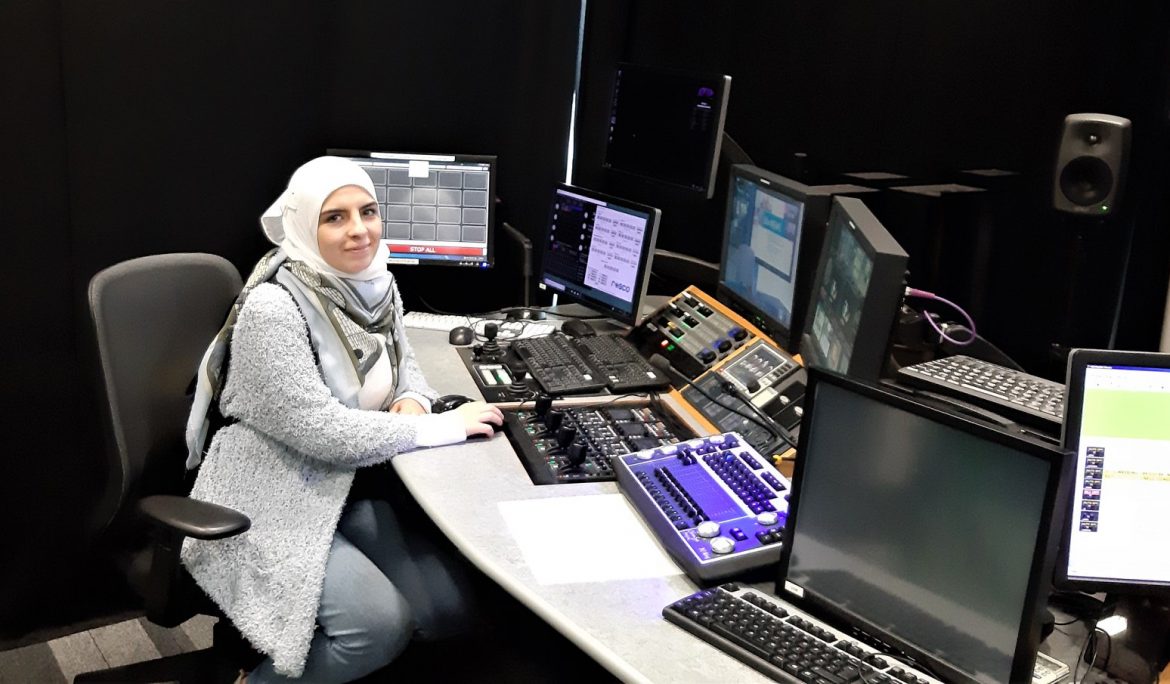 When Intesar was a little girl she dreamed of training as a journalist. But in Syria, girls were not allowed to work, never mind study.

So one of the first things she did after arriving in the UK was to visit the ITV Studios in Manchester, where she met national journalists, producers, and directors.

She said: “I cannot describe the feeling when I entered this paradise. This place was like heaven for me. I never imagined the day that I could even look at a media building because I was in a society where a girl was not allowed to learn. Before coming here, I was in a besieged area without food or drink, and with that I challenged everything and studied in the most difficult circumstances.”

Intesar managed to do a journalism course online in 2013 in Jordan after fleeing the civil war ravaging her hometown of Homs, while living in a refugee camp, looking after her two young children and anxiously awaiting news on her two-year resettlement process.

She has settled in Burnley and next year, she’s finally going to university to study journalism, and to research the mental health of refugees. She hopes to go on to work for UNICEF.

“My journey was tiring. Psychologically, I was excited and afraid at the same time – it’s a new country, a different culture, and a different language. But all this fear disappeared somewhat when I arrived in the United Kingdom.”