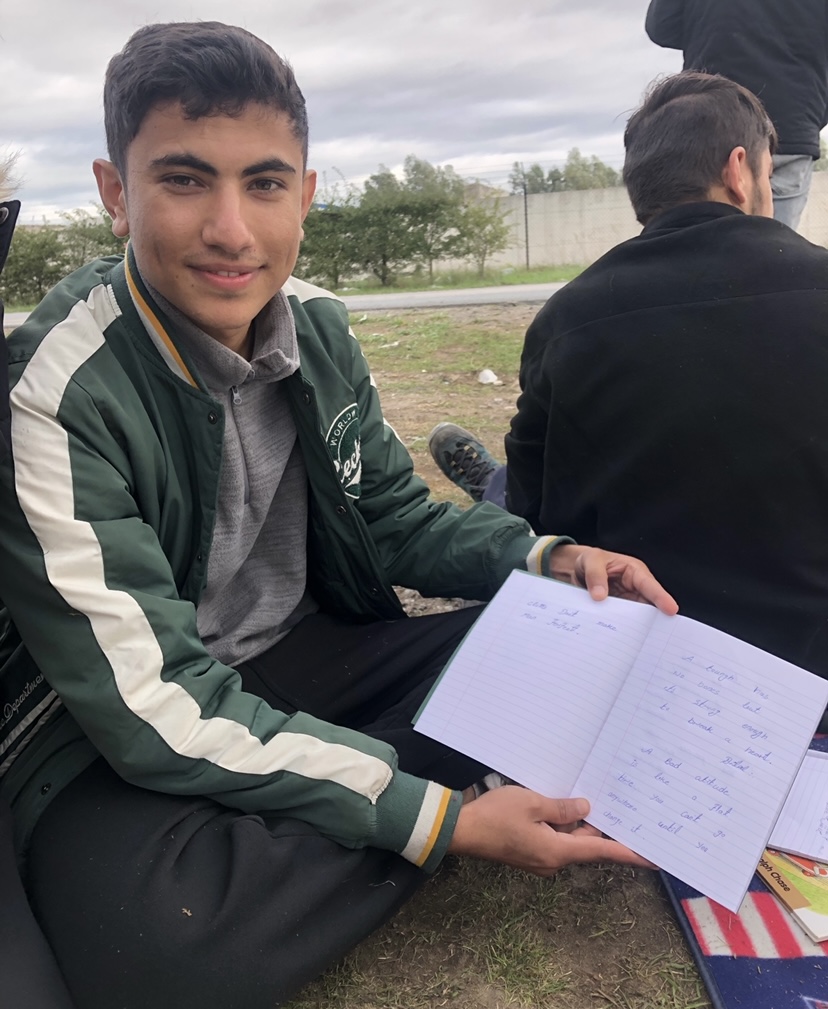 Yesterday I was helping out with English classes at a distribution when I got talking to a young Afghan refugee. He was about 18, the same as me, and we were getting along well when I somehow managed to get a little cut on my finger.

The boy, who I’ll call Tariq, suddenly disappeared, only to reappear a few moments later with a sticking plaster. It was such a moving thing to do – he had been through so much, but he could still notice and help with my little problem. I have only been in Calais for a week but I’ve already learned that the refugees here often have big hearts.

We talked some more, and he told me that a few days ago he had tried to cross to the UK in a boat, but but the engine had failed. They had been stranded on the sea among high waves, and terrified until they were rescued.

But still, he said, he would be trying again tomorrow (that’s now today). It was a chilling reminder of their situation; even that terrifying risk is better than what they have left behind.

I’ve met a lot of Afghan people in my time here so far. There are many in Dunkirk – in fact there are so many, and they like making friendship bracelets so much that we buy big reels of thread in green, black and red, the colours of there Afghan flag! Small things like that are so important when they’re this far from home. Like Tariq, they all just want to get and job and work, to have a normal life, and most feel sure the British Government would welcome them.

Their faith in us is so at odds with what some of our politicians say, it’s heartbreaking sometimes. I know Tariq has left now, and he must be either still at sea or in the UK. I really hope he gets the welcome he deserves in the end.