Yes Sir, We Can Boogie 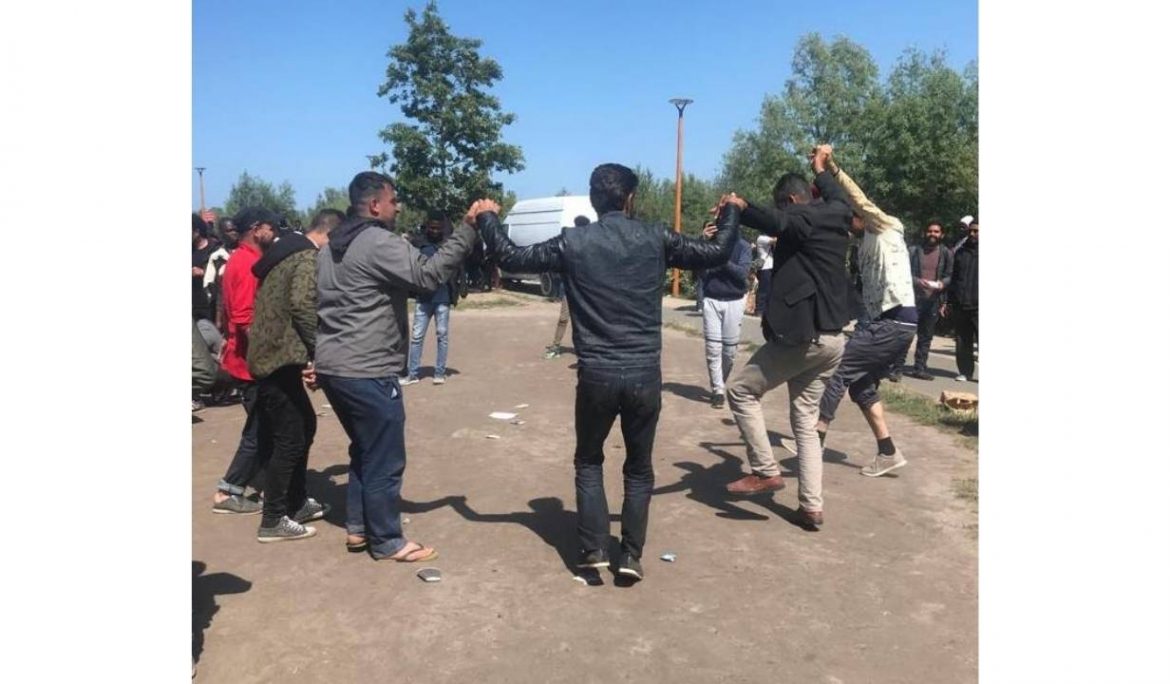 At every Calais distribution we have a music speaker which the refugees connect their phones to.

A few weeks ago, I met a Sudanese man who was dancing to the music with the biggest smile on his face. He came and sat next to me and told me that when he lived in Sudan, he had studied music at university.

“These songs remind me of the past,” he said. “Times that I have been remembering, but finding it hard to connect with while I have been in Calais.”

The music gave him hope that if he ever made it to the UK, he could study music again.

That conversation, like the dancing, made me think that here in Calais, music is borderless but also an anchor for home.

By just following the beat, you don’t need lyrics, or to understand the meaning of the words. It brings us all together, including volunteers, but also refugees from different nationalities and cultures.

Before I came to Calais, I had never listened to the kinds of music I hear here. But now, it makes me feel really alive. And it’s an incredible way for everyone to make friends. This week, we watched Sudanese and Kurdish men dancing together. It was beautiful and fun to watch.

That simple speaker reminds me how important what we do here is. Volunteering in Calais is not just about giving people something, but having fun.

It’s about connecting with people and, above all, being a friend.

And these are lasting friendships. Just a few days ago, I received a message from the Sudanese man I had talked to that afternoon. He had made it to the UK. Now, he told me, there was a chance that his dreams could become a reality, and he could once again study the music that he loved.