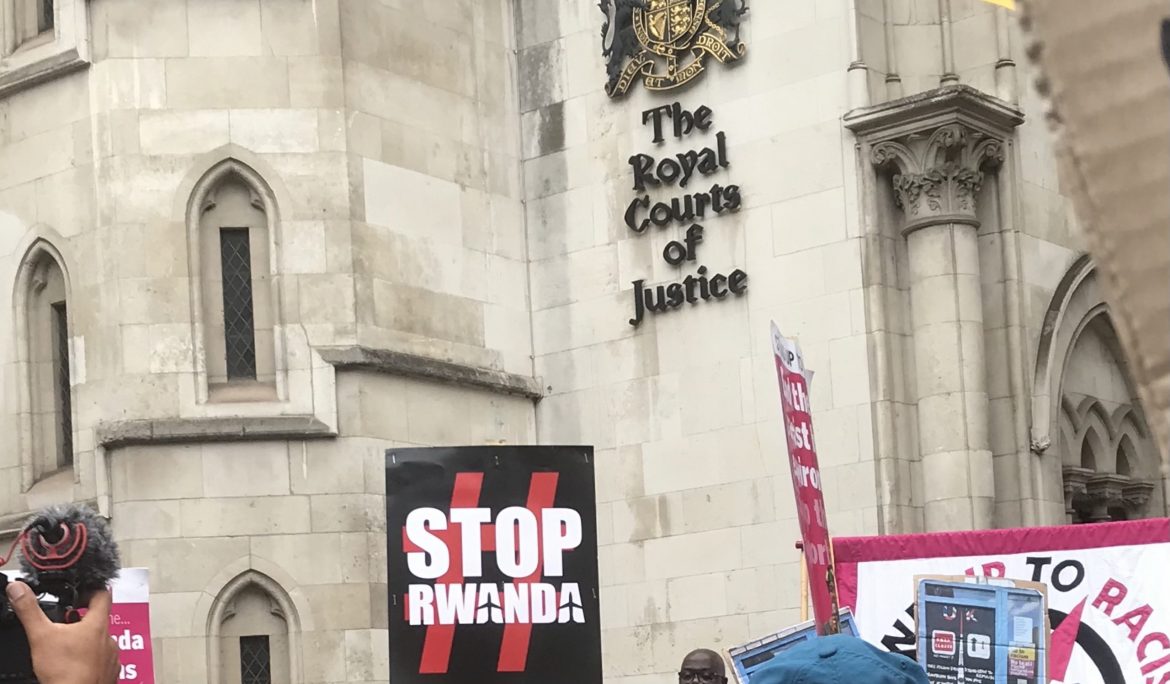 …Outside the Royal Courts of Justice in London, and around the country, hundreds of ordinary people came out to stand up for what they believe in. It was a truly special moment and we were incredibly proud.

The Rwanda policy has split our country in a way reminiscent of Brexit. Feelings are running high, and it takes courage to speak out. The counter protest was tiny – less than ten people – they were simply loud and unpleasant. We were the many; they were the few.

What we witnessed yesterday was so many of you who were willing to stand up and be counted. Ordinary people who were brave enough to come out and say ‘I am the person who will not let this barbaric plan take place.’

Thousands of people took to the streets in more than 20 demonstrations. Over 1,000 of you wrote letters to your local newspapers and over 2,000 posted pictures on social media. #StopRwanda was trending at number ten on twitter ahead of #ToryPM.

As we heard an incredible set of internationally-renowned speakers denounce the policy, the atmosphere was truly electrifying; it was clear to everyone that this protest has become a fully-fledged movement in its own right.

And of course our own founder, Clare Moseley.

If there was a common theme, it was that acting together, we can stop the scheme to deport refugees to Rwanda. As people were talking, our case against the scheme was being heard inside the court. It made you understand more than ever how vital it is to make the Government aware of the strength and depth of the opposition it faces.

To build this movement, a huge amount of work has been done by you, our supporters, Stand Up To Racism, the PCS Union, Detention Action and The TUC. Now let’s build on this to make a wave of noise to make our new Prime Minister and Home Secretary aware that people will not accept this cruelty being carried out in their name.

But this fight really only starts today. Here are some ways you can get involved:

1. Campaign at home or at work. For lots of easy ideas => bit.ly/RWDcmpn