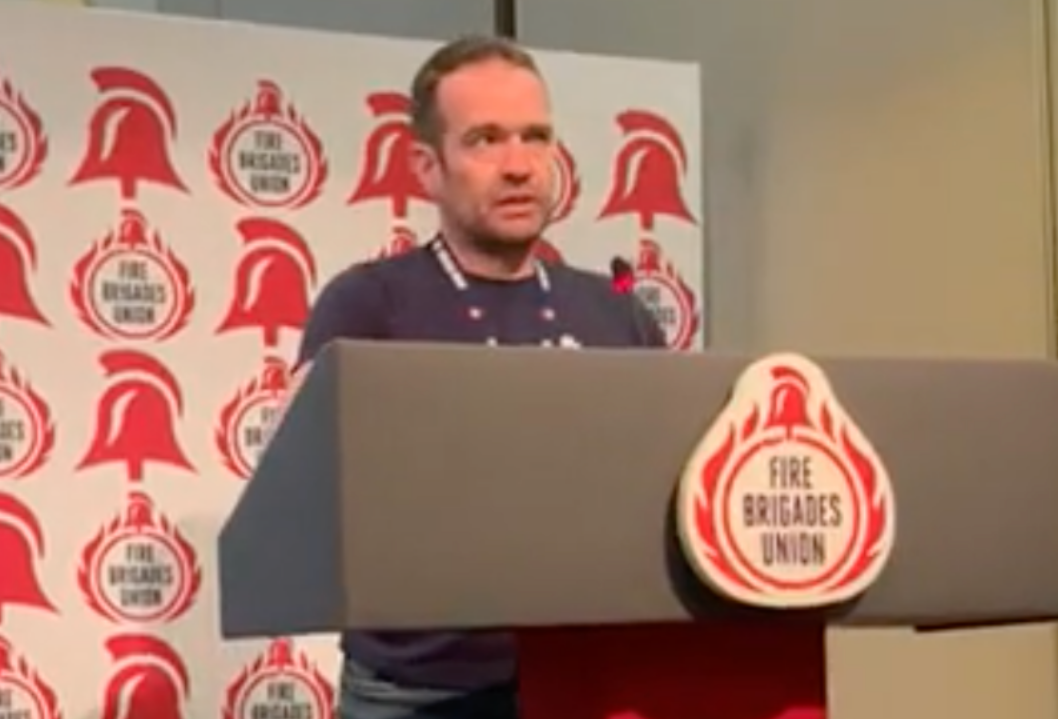 On Thursday night our amazing friend Brendan Woodhouse, firefighter, was been given a medal for his lifesaving work with refugees in the Mediterranean.

Brendan has done 10 incredibly brave volunteer missions with crews on rescue boats, and has been part of the rescue of more than 8000 people.

He has also seen hundreds of people die – a horror that is part of his inspiration for his powerful campaigning.

When he accepted the Solidarity Medal, given by the Fire Brigades Union at their conference, he used as an acceptance speech his poem, If They Were White – shown in this video. It left the people watching speechless with emotion, and the poem is now being widely shared on social media. You can watch it here:

He wrote it after attending a shipwreck with humanitarian vessel the Sea-Watch 3, where his team rescued 38 people, but 17 drowned. One person they rescued was a young boy whose his older brother drowned. They didn’t get to the older boy in time, and Brendan saw him die.

He and the FBU are long-standing supporters of Care4Calais, and Brendan himself has personally brought supplies out to Calais.

As he says, some “24,000 people have died out there [in the Mediterranean]. But it’s not by accident, it’s orchestrated by governments including this one. When I first started doing this in 2016 we had rescue boats out there. In 2017 they changed the policy and took those boats away. Our border is the deadliest border in the world and we have made it happen.”

This was the first time the FBU’s new Solidarity Medals have been awarded. John McDonnell was also awarded one to recognise his lifelong solidarity to the members and organisation of the FBU.

Before Covid, FBU members regularly came out to our warehouse in Calais to support us. They will soon be coming out again, and we look forward to welcoming them!