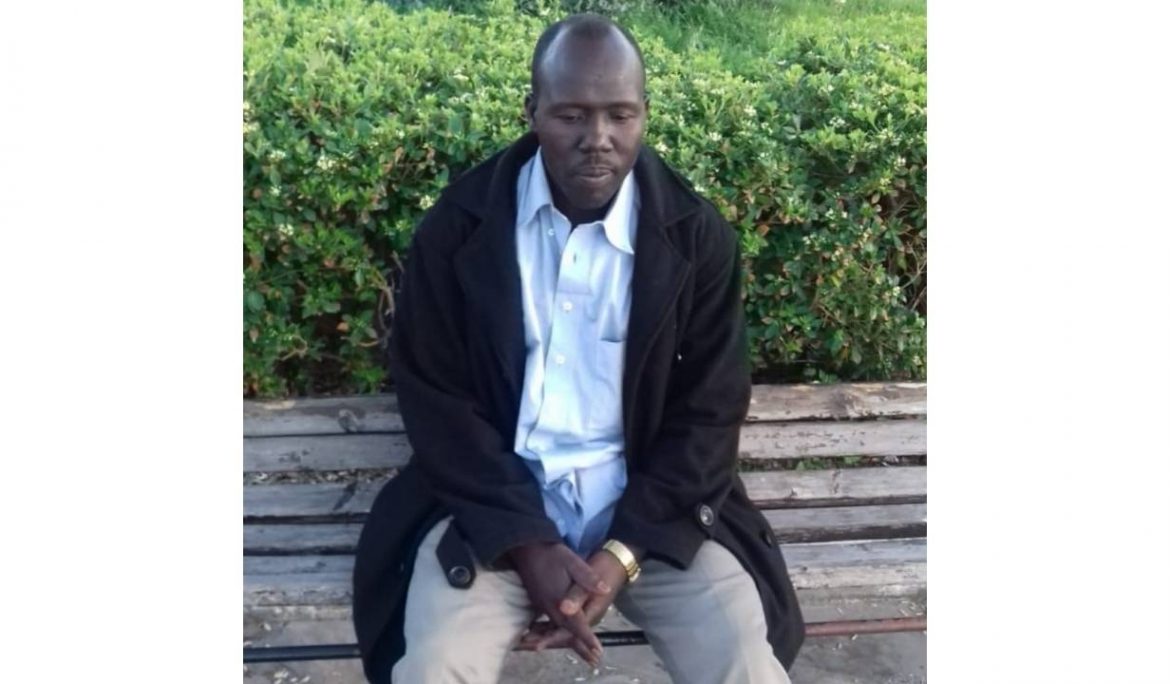 “I live in a bit of forest now, it’s at the back of a supermarket in northern France. It’s not really a forest, just a few bushes and trees. But it’s the only shelter we have. We can’t keep tents, because the police just take them and our blankets. So we have nothing.”

Akain told me this in the soft voice that the people of Sudan often have, smiling as he spoke. He has a big smile, one that must hide a lot of pain from too many years spent looking for a life to call his own. When I asked how he felt, all he would say was that he was “tired” – but over the years I’ve come to know that in Arabic the word “tired” has many meanings, and often means that it’s a struggle just to go on .

“I like to see Care4Calais when they come here with things, especially things to do,” he said. “The other day I was looking through their box of books to find something to read. This guy called Simon started to talk to me and asked me to read to him.

“It made me feel normal to share a book with a friend, so for a short while I could forget my life as a refugee. I read the book while Simon was mending a bike, and when he had finished he stayed to chat with me. I will remember that long after I forget the book.”

Akain is from north Darfur in Sudan, but he left his home more than ten years ago now, after a Janjaweed militia group raided his village. In the raid, the Janjaweed killed many people. One of them was Akrain’s wife.

He fled to a displaced persons camp, and stayed there for ten years. He met English people in the camp who helped him to learn the English language. He had always wanted to learn it, he says, and shown this kindness, he worked hard at it.

He also worked as a barber. Years later, here in Calais, he now uses that skill to cut the hair of the refugees here when Care4Calais volunteers bring the hairdressing equipment with them.

Displacement camps are hard places to live, and they are not meant to be forever. Feeling he was going nowhere in the camp, and always short of money and food, Akain finally decided that if he wanted a new life he would have to leave.

“I escaped to Egypt in an old Toyota, and then crossed the border into Turkey. It cost money to bribe the guards, but I used my brother’s passport – he looks like me – to get across. From Egypt I crossed the sea to some Greek islands, where I ended up in some camps.

“There is nothing in those camps, no school, no anything, and no way out. They moved me a few times, and then the camp I was in caught on fire. The police told me there was nowhere else for me and I had to go, so I was finally free to move. I went to Athens, then up into Italy by train, and then to France.

“So now I am just waiting to cross the English Channel. It’s really difficult. The police destroy the boats, and it’s hard to find a lorry if you have no money. So ,we just wait here and try to plan how we will get to the UK.”

In the long, slow days here in Northern France, he finds himself thinking back to his childhood in Darfur. He grew up in a small village, and spent his childhood looking after goats, sheep, camels and horses. He didn’t get to go to school much, but when he did he always tried to learn some English when he did. He remembers it as a happy time, bittersweet to recall.

“I’m older than a lot of refugees, nearly 37 now, so I remember a time before the war there. I was happy before the war came. Before the government destroyed everything, we had everything we needed and no one was hungry.
“What I really miss is cooking my food. I miss making aseeda – that’s a traditional kind of very soft, millet-flour bread that we love in Sudan. We boil water and mix in the flour. Then you need okra to make a soup to go with the bread. If you buy this in a city it’s very expensive, but in the village everyone has it and makes the soup.

“I miss eating meat too, goat, beef and sheep, there was always enough. Here I cannot even cook my own food. I can’t get flour or okra, but even if I could, a small fire would show the police where we are.

“Care4Calais sometimes gives us food to cook but not flour. We eat the tuna and beans, and I really am grateful to them, but it’s not the same. Sometimes it’s hard to be here.

“I just want a new chance to have a life, perhaps with a wife and some children – a chance that was taken from me 11 years ago, in Sudan when I was still young.”