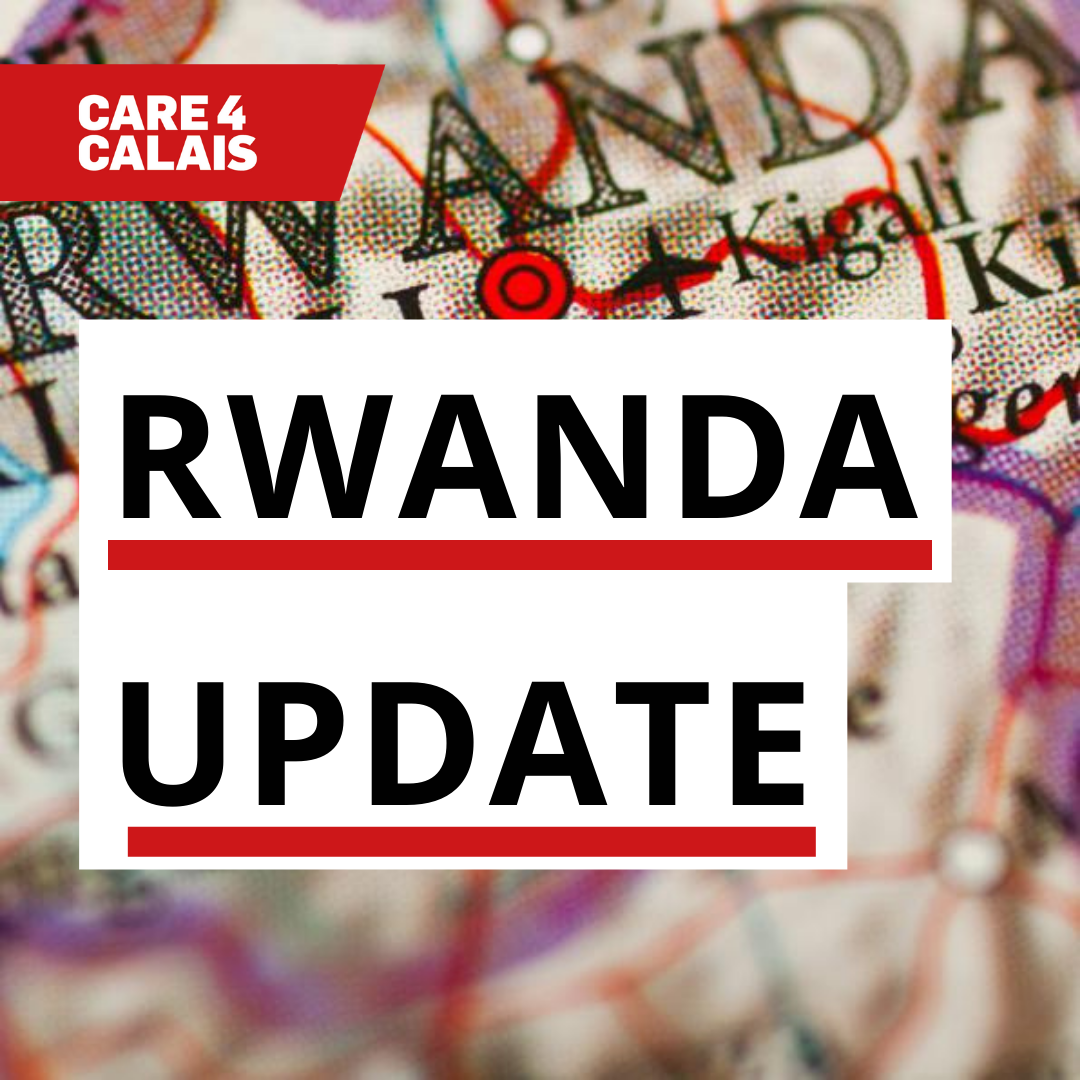 We are working with 70 out of the 100 people that the Government have sent ‘Notices of Intent‘ saying that they will be sent to Rwanda. 13 have had notices to say their deportation is imminent, and nine specifically mention 14 June. They are all in detention centres and they are all very scared.

Be in no doubt that being deported is traumatic. We have had a five day hunger strike and we’ve had numerous late night conversations with people who feel suicidal. One said “They can send my dead body to Rwanda, but I would rather die than go there”.

We estimate that over 70% of those with Rwanda notices have suffered torture or trafficking either in their home countries or on the incredibly dangerous journeys they have made. As a result, many have serious physical and mental scars and are finding the intense stress of detention, coupled with the threat of being sent Rwanda, intolerable. One man who endured extreme torture in Libya told me that every time the door to his room bangs shut it gives him flashbacks to being tortured in Libya. This makes him feel like he is going insane. Such people should not be held in detention centres at all, and the fabulous law firms we are working with are busy challenging this on their behalf.

We are told people are being sent to Rwanda because they have made dangerous crossings in small boats, but the selection does not bear this out.

More than a third of those we are talking to in detention are from Sudan, yet the vast majority of Sudanese refugees have no money to pay people smugglers or get in boats.

By contrast, we only have one Afghan refugee in our sample with a Rwanda notice – yet we are told that they make up 25% of those crossing in small boats.

The Rwanda plan is highly political. Could its selection process be more so?

Two of the boys say that they are just 16 years old. The Home Office say they are 23 and 26 so it is essential that proper age assessments are done before any deportation takes place. Our lawyers will fight for that. One 16 year old saw his brother killed in front of him when his village was raided in Sudan. He escaped and went back later to find the whole village gone.

One of the men has a wife who has refugee status in the UK. He has not seen her for three year and came to join her, and yet now our Government wants to send him to Rwanda.

Every single one of these people has a devastating account of the horrors they have escaped from in their home countries. Be it war, torture or persecution, they are all difficult to hear. The fact that our Government is putting them through the intense trauma of a deportation to another dangerous future is simply barbaric.

I spoke to a man who was tortured In Libya. They broke his nose and his shoulder twice; he has scars on his back and stomach from being electrocuted. He said “Things like that can happen in Libya, there is no government and it is lawless. But I never expected to be put in prison in the UK for committing no crime.”

He said that when he was being tortured the one thing that kept him going was hope in the UK as being a place where fairness and equality exists. Now, being told that the UK will forcibly deport him to a country that has been condemned for human rights violations smashes that hope to pieces.

Many of the men are worried about their families back home. The reason they embarked on these incredibly dangerous journeys was that they saw it as the only way to find a future for their kids. I spoke to a man from Sudan who saw his younger brother and sister beaten to death in their village by armed militia. He left his wife and unborn child in a refugee camp where they could live for many years if he did not find an alternate future for them. His journey took two years and has left horrific scars, but now he is terrified he has let them down as, if he gets sent to Rwanda, he may never meet the child that was born after he left.

That people believe that the UK is a good place that will treat them fairly is something we should be proud of; that throughout the world the UK is a beacon of all that is good is an amazing reputation that we could now lose.

Many of the men are Syrian and the horrors of the Syrian war are well known. I spoke to several people who only left because they were conscripted to military service and did not want to kill others. The war in Syria is complex: there is no ‘right’ side. They could end up fighting other Syrians. One man told me about his older brother being shot by a sniper as he walked down the road with his mother. They carried him to a hospital but he didn’t make it and bled to death. His mother was desolate and has never been the same since. He is terrified of telling her he Is being sent to Rwanda. He doesn’t think she will recover.

The ‘logic’ to the Rwanda plan is that we take people who, by definition, have escaped from the very worst things in this world, who are so desperate they are willing to get in frightening and flimsy boats to cross the Channel, and present them with something that fills them with even more terror in order to deter them from coming. Is this really what we as a civilised nation want to do?

And how does this use of Rwanda as a deterrent square with Patel’s claims that “the scheme will support the humane and respectful treatment of refugees”? If it is bursting with respect, humanity and opportunity, how can it simultaneously be more terrifying than crossing the Channel in those tiny boats?

There is a more humane and civilised solution right in front of us now. If we gave all refugees visas to cross the Channel, in the same way we do with Ukrainians, no one would need to risk their lives in small boats, and people smugglers would be put out of business overnight. This must be possible – we are taking seven year’s worth of Channel refugees in our 200,000 Ukrainians.

For the last three weeks the Care4Calais access team and our fabulous refugee volunteers have been simply unbelievable working through days, nights and weekends to stay in touch with everyone, sort out paperwork, keep people up to date and reassure them. We cannot thank them enough for their efforts. The work of this team is essential; more than ever given the Nationality and Borders Act. We are raising funds for a new caseworker and need all the help we can get. Please donate now – no amount is too small to help bit.ly/c4caccess