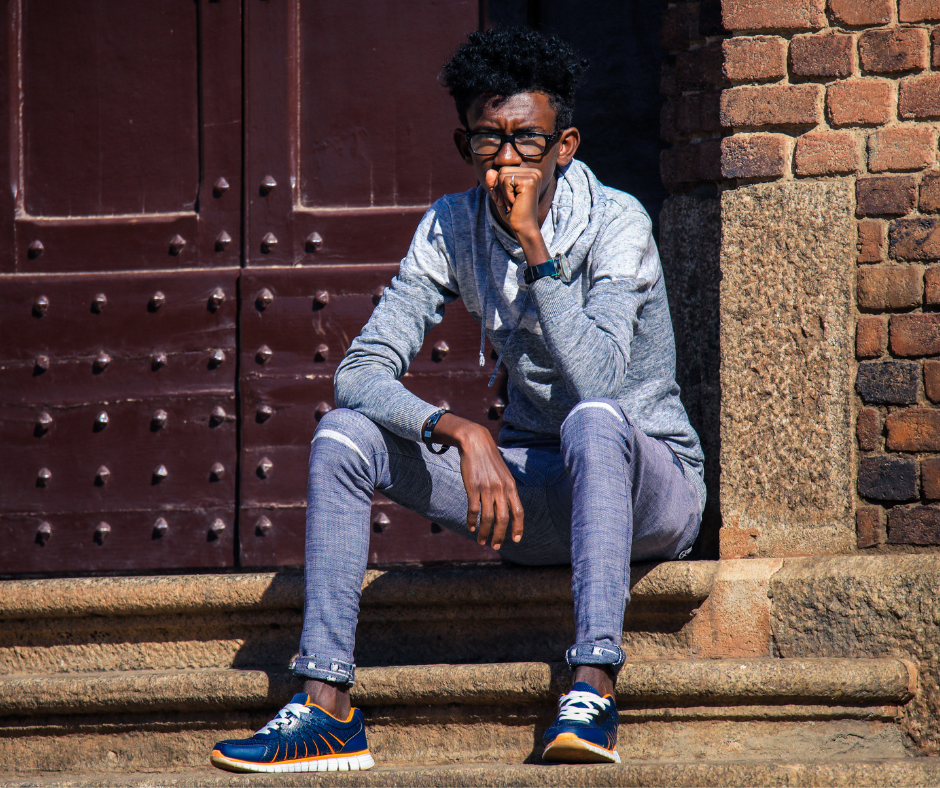 Libya is like hell for African men, but for women it is worse than hell. It is a living, never-ending nightmare they cannot escape from. You never hear their stories. Because they never escape.

In Libya I lost the woman who took care of me when my own mother died. Even when I had nothing, she made sure I had something to eat and she sacrificed herself for me.

I’m from Eritrea but I left when I was five or six. My family were Christians so life in Eritrea was so hard. My father died when I was young, I never knew him and my mum could not get work so we went to Ethiopia. We were there until I was seven years old but always illegally, and we could be sent back at any time.

When I was seven we moved to Sudan so my mum could get a job as a housekeeper. It was just in a normal house and they hired illegals as they did not have to pay much.

It wasn’t much of a life for me, because I had to stay in the house nearly all the time so that I wouldn’t be seen. As time passed things got harder for us in Sudan as the authorities were jailing and deporting migrants. The only thing I remember is that there was a small river near where we lived, sometimes I would go there and I learned to swim. That was good. I like to swim.

When I was 14 my mum got sick, and passed away. She had a friend called Hannah who worked in a house nearby, and when my mum died she took charge of me.

Hannah was Ethiopian and a migrant like us. At the time the Sudanese police were raiding homes more and more often, and she knew it was getting dangerous for us to stay there.

After thinking a long time about it, she decided she would try to get the two of us to Europe. But that meant passing through Libya.

When people from Sudan head to Europe, we know we have to go through Libya. There is no other choice. We know that kidnapping, jail and torture await us there, and if there was another way no one would try to pass through. To head to Libya shows how desperate we are to escape our countries.

Hannah paid a smuggler to get us out of Sudan and into Libya. Once over the border we were put in a warehouse with about 300 other people. We were moved around to other warehouses and different people. This is when Hannah started getting raped.

Women cannot get through Libya without being raped, and usually it is not just once by one man, but so many times by so many men. You can’t imagine the horror of it. I knew what was happening, and I wanted to help her, but I couldn’t. I was still only 14 years old.

We escaped, hoping to cross the sea to Europe, but we were caught and sent to a prison in an area called Kufra. The prison was like a big field of concrete, with no beds and no roof. The guards there told us they wanted our relatives to send money as a ransom. They wanted $6000 which was impossible for us, but I have an uncle in Israel who tried to find money for me, and he managed to get $2000. With that, the guards let us out.

They let us go, but instead of freeing us they sold us to another smuggler, and we were passed around different traffickers for 15 months. It was a very bad time. Hannah was raped again and again by gangs of men. She eventually became pregnant, but didn’t know which man was the father.

She realised now that she would never be able to leave, and would be kept there as a sex slave to these men. In time, as my 16th birthday approached. My uncle sent more money, and she told me I had to go. She made me leave her, and I have not heard from her since I left, as she has no phone or way to communicate. But I am sure she is still there, and will die there.

My uncle found a smuggler who said I could work for him to earn a passage on a boat to Europe. I did hard labour on a farm, and after six months he said I could go.

The boat was an inflatable and not big, but it had 112 people on board and we were on the sea for 60 hours. It was very scary because the boat got a hole in it, and began to deflate slowly. The coast guard rescued us, and took us to Malta.

As soon as I got to Malta I was put in detention, and after a year I was told to leave. I was sent to accommodation where I was told I could stay, but after six months I was thrown onto the streets. Eventually I made my way to Italy, then Belgium then Calais, where I managed to get across to the UK in another boat. Now I’m in a small place near Birmingham.

It is good here, because at last I feel safe. I love the feeling of safety in my hotel.

I hope now I can have a normal life, like a normal teenager. I really want to go to school, as I never had the chance to go before. And I’d love to go swimming again.

I think I have a chance of life here, but when I think of Hannah in Libya,, I feel panic rising up in me. and have to shut my mind.

But I still think of Libya. I want you to know how bad it is. There are still so many people there, so many die and so many are in prison. I don’t know what you or anyone can do to change it, but if someone tells you they have been in Libya, please be kind to them. You really have no idea what it is like.