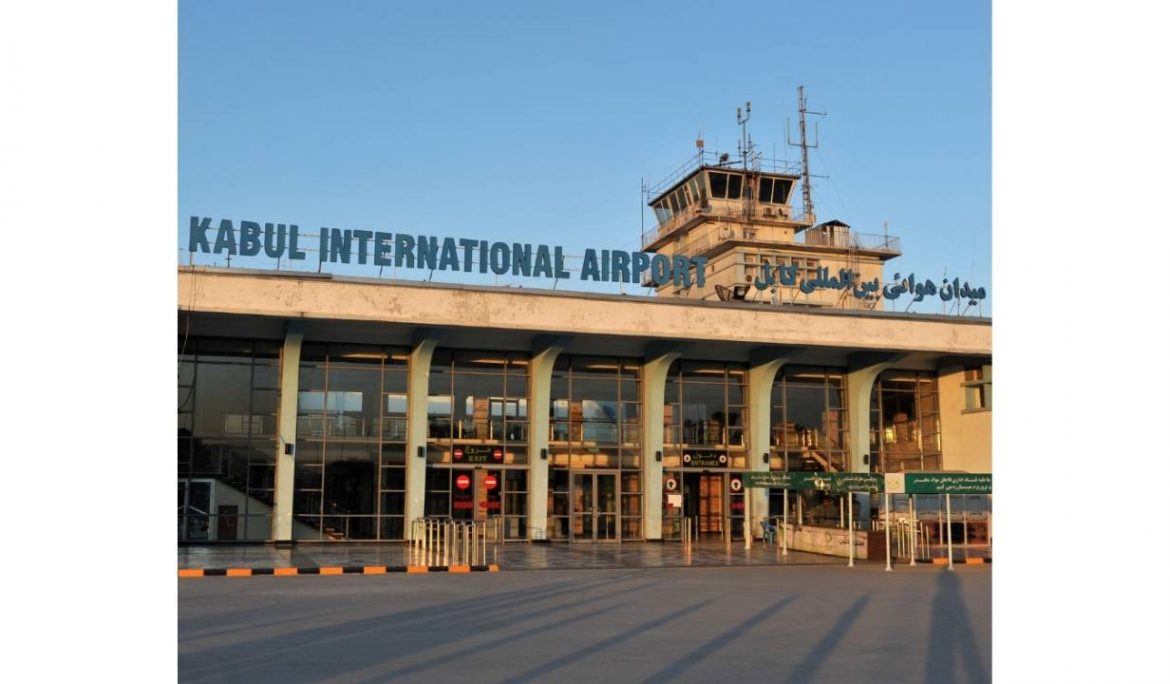 I worked in Helmand Province for Britain’s Ministry of Defence as an interpreter for five years. I spent my time with the British soldiers, on patrol and on the post. I carried the massive packs through the sweltering lands, I was shot at and hunted. I lived with the same risk as the soldiers – the only difference was I didn’t carry a weapon.

But I never felt as scared as I did in the last days of Kabul.

I have a lovely wife and two small children, and when I was no longer needed by the army I joined them in Kabul. It is normal in Afghanistan for extended families to live together, and we lived with my parents and grandmother and my younger brothers and sisters in our big family home.

I was lucky enough to get a job at the American embassy in the city, and I worked there for six years. It was a great job – I met many people, and made a good life. But the shadow of the Taliban was always there, and when the troops started to leave en masse, I decided we also needed to leave. I applied for the ARAP scheme as soon as it opened, and we were accepted. We were in no hurry, we honestly thought we had time.

But by May I knew we had made the right decision. And by July I knew the Taliban would take over.

The problem now was my family. My brothers and nephews were of fighting age, 16 and 17, but even young ones were at risk. They would be made to join the Taliban and forced to fight, beat and torture other citizens. My sisters would not be able to continue school, and would be at great risk from the violence of the Taliban.

I did not believe the Taliban had changed. We had been fighting them for twenty years, and before that they were Mujahideen; people like that do not just change. So began a race against time to get visas for my family. But this was a nightmare as so many other families had had the same idea, and the embassies were inundated.

We managed to begin the process, but on August 15 when the Taliban entered Kabul, we were not ready. My family did not have their visas, or a place with me on the ARAP scheme. I gathered all my family’s documents together and we packed some things, we moved to my sister’s house in Kabul to try to stay low, and we waited.

This time was so hard. We couldn’t go outside, and we were just waiting, knowing nothing. Desperately searching for news, and watching my phone for messages. August was nearly over and if we didn’t get out by the 31st we wouldn’t get out at all. Finally it came. A simple message – go to the Baron Hotel, an international hotel less than a mile from the airport.

For three days we tried, waiting outside the airport in a crush of people, but we could not get through even though I had my passport and visa. The crowd was too big and dangerous.

On the third day I left my wife with my children outside the airport fence with my older brother, and pushed my way through the crowd. I was desperate to find someone who could help. I finally got close to the gates outside the airport and I waved my passports at the soldiers. One of the guys at the fence saw me, and recognising my passport he waved me over. He checked the visa and said, OK you can go through. I said no, I had to go back for my family.

I pushed my way back to Fatemah and the children. When I got there I knew there was no way we could get the bags through. I didn’t know how I could get the children through the crush either. That’s when I thought of the drainage ditch alongside the fence that ran to the gate. I pulled them into it and we waded through the filthy, stinking water. I carried the little one and dragged my wife while she held onto my son. My brother guarded her from behind with my older sister.

At last we got to the gate and the soldier waved us through the crowd. But my wife was stuck, she couldn’t get through the mass of people. I pushed the children through, and then pulled my wife; she had to let go of her bag, which contained everything precious to her. I pulled her sobbing into the safety of the airport. She had left everyone and everything she loved behind her.

Once we were through, I told everyone we would be OK, and I tried to stop the children crying. We were sent to wait outside the Baron Hotel on the concrete. We spent three days there; three of the worst days of my life. Just waiting in the hot sun, no beds, no shower, no anything.

In the end we were called into the hotel, and then out ont a flight to Dubai. From Dubai we went to Birmingham in the UK, and from there to a quarantine hotel near London before ending up in the Radisson Blu in Manchester. By now we were beyond exhausted.

We have been here for two months now, and are beginning to feel settled. But we have no idea when we will get a house, or where it will be.

The people here have helped us and been so kind and we are very grateful to them. The children have school places and we have applied for Universal Credit. Charities like Care4Calais have found us clothes and shoes, as we arrived with nothing. We left our shoes in Kabul; they were stinking from the drainage ditch.

I would like to move on, to find a house and know where I will be living, to find a job, and to feel safe. I want to forget the nightmare of the last flights out of Kabul.

But the news from Afghanistan is appalling, and I know my family are suffering there. Things will get worse as there is no money and nothing in the shops. Was this inevitable? Could things have been different? I don’t know. But I don’t know that what is happening in Afghanistan breaks my heart.