Zoe Thompson is a homeopathic practitioner, and co-founded Homeopaths Support Refugees in 2015. She lives on the Isle of Mann with her family. Zoe began campaigning on behalf of Care4Calais in January 2018, when she ran an extremely successful collection for the #Coats4Calais campaign. 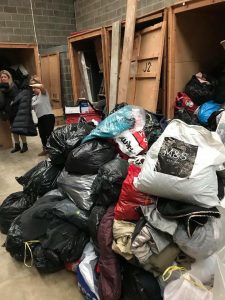 “For me it’s about raising awareness. We live in a beautiful island far removed from the reality of what is occurring not far away”.

Zoe first began campaigning after she visited the refugee camps of Calais and Dunkirk, where she witnessed first-hand the terrible conditions in which the refugees are still being forced to live. It was following some unacceptable comments by an online troll that she decided to take her campaign to the next level, to show that the community of the Isle of Mann is in fact a great deal better than this unknown person seemed to suggest.

Zoe made her campaign work by rallying her local community to spread the word and this enabled more and more people to get involved in the collection. 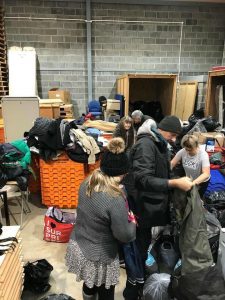 First, she spread the word as much as possible on social media, using all her own contacts, family and friends to involve as many people as possible.  But she didn’t stop there.  Zoe contacted the local press so that the campaign featured in her local papers and, as well as this, she then reached out to her local radio station, appearing on the Women Today programme to ask the listeners to look in their wardrobes and closets and to donate any winter coats that they could.

Zoe’s inspiring story shows that one person truly can make a difference where it is needed most.

““They are people like you and me, they are no different. Just do it! It is not difficult, the only obstacle is taking that first step. Everyone can make a difference. The Manx people are very generous and have always supported me.”